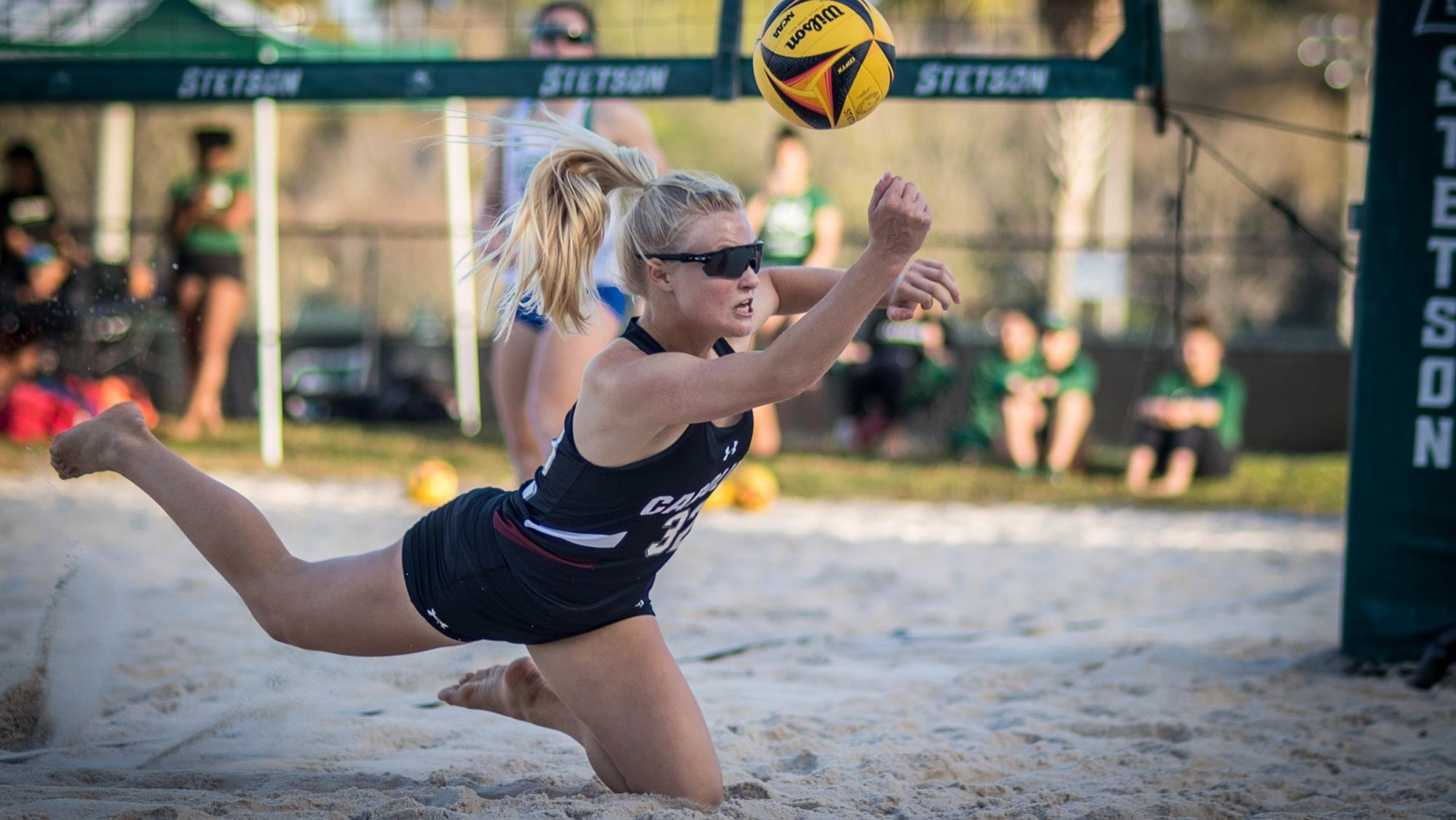 The team swept No. 20 FGCU but lost to No. 19 Stetson to close the day

DELAND, FLA. – South Carolina beach volleyball opened its spring season on Friday with a pair of duals against nationally ranked opponents at the Stetson Spring Fling. The Gamecocks opened the weekend with a 5-0 sweep of No. 20 FGCU but fell to the host Hatters in the second dual, 4-1.

Playing for the first time with five new pairs and five individuals making either their first or second collegiate start, the Gamecocks made a strong start to the weekend with a sweep of FGCU in the morning dual. South Carolina moved fast, securing the team win with straight-set wins in the fourth, fifth and second pairings. Senior Jordan Smith and freshman Lauren Wilcock provided the clinching point with a 21-13, 22-10 win at No. 2 and Skylar Allen and Alyssa Keller overcame a first-set loss to win the No. 1 pairing in three sets to finish off the 5-0 decision.

In the afternoon, the Gamecocks came up on the wrong side of a close matchup with No. 19 Stetson, falling 4-1 with a pair of losses in three sets. The teams split the first two matches, with Whitley Ballard and Hannah Mackenhausen cruising to a 21-16, 21-13 win at No. 5 but the Hatters countering with a sweep of the fours. Stetson swung momentum with first-set wins in the first three pairs as the second wave began, but South Carolina countered by forcing a decisive third set at numbers one and two. The Gamecocks needed to win both to clinch the team win, but the Hatters would end up winning 15-12 on both court for the final 4-1 margin.

The Gamecocks wrap up the first weekend of action with two afternoon duals on Saturday. First is a noon matchup against College of Charleston, followed by a 4 p.m. dual with Mercer.