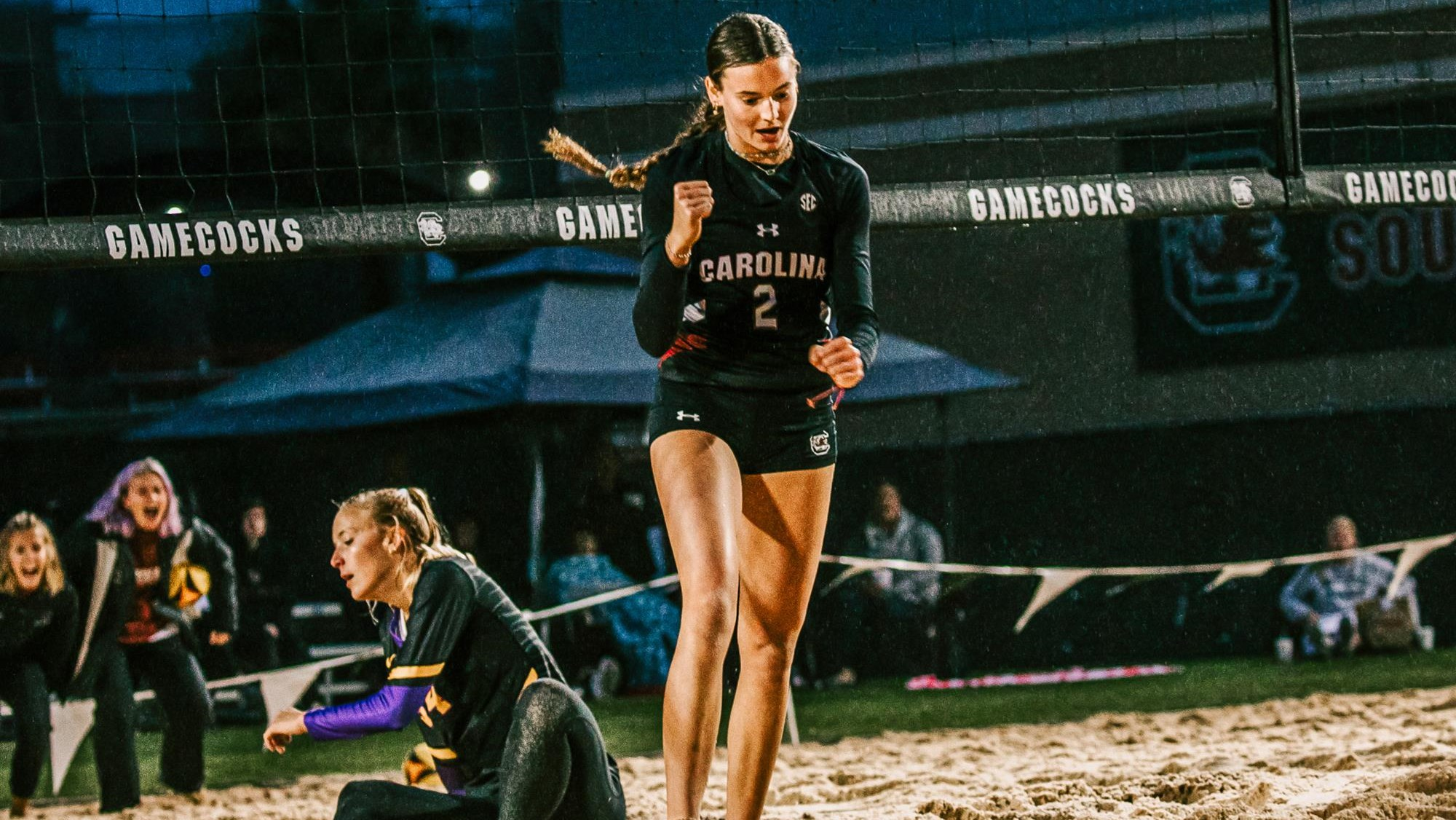 Gamecocks Pick Up Ranked Win on Day One of Home Tournament

COLUMBIA, S.C. – South Carolina split two Friday duals against ranked opponents to open its Gamecock Grand Slam tournament, defeating No. 15 Pepperdine in the morning and losing to No. 5 LSU to end the day. The Gamecocks are now 5-5 for the year with two more duals still to play on Saturday.

The Gamecocks were strong on all five courts, dropping only a three-set matchup on court four in the morning opener with the 15th-ranked Waves. Kaeli Crews and Hannah Mackenhausen got the team started with a 21-13, 21-15 sweep at the fives, overcoming a big early deficit in the second set to get Carolina on the board. Pepperdine countered with the wins at the fours and appeared to gain momentum early with first-set wins on courts one and two in the second wave of matches.

In the evening against the Tigers, the team had similar opportunities in the opening wave of duals but weren’t able to capitalize. Crews and Mackenhausen won their first set at the fives but dropped the next two, and a sweep for LSU on court four put Carolina in a 2-0 hole.

Needing to win all three matches in the second wave, the Gamecocks had a little daylight early with a first-set win on court one and leads at two and three, but LSU closed up those chances and clinched the team victory with a sweep at number three. Skylar Allen and Whitley Ballard provided the team’s lone point with a convincing 21-16, 21-17 win on the top court.


QUOTABLE
Head Coach Moritz Moritz
I was happy with the energy we came out with, and I think the excitement of being home translated to our energy playing against a team we’ve had opportunities to beat in the past but just couldn’t quite get over the hump. We played really well, it was fun to watch the girls compete in that way.

LSU’s a really good team but I believe we left some things on the table tonight that maybe could’ve turned the tide and had we taken advantage of them. There are a lot of things to be excited about with this team. We have a roster full of kids who are hungry and ready to compete, so at any given moment someone has to be ready to step in and step up. We’re not even remotely close to as good as I believe we can be, but where we are now in our third weekend is a good spot. Obviously, we would like to have a few more wins under our belt, but the way we’re developing now is going to pay off down the line.

UP NEXT
The Gamecocks play against ULM at 11 a.m. and Mercer at 5 p.m. on Saturday to wrap up the weekend’s slate. The Warhawks defeated the Bears and lost to Pepperdine on day one of action, Mercer lost to LSU along with the loss to ULM Friday.