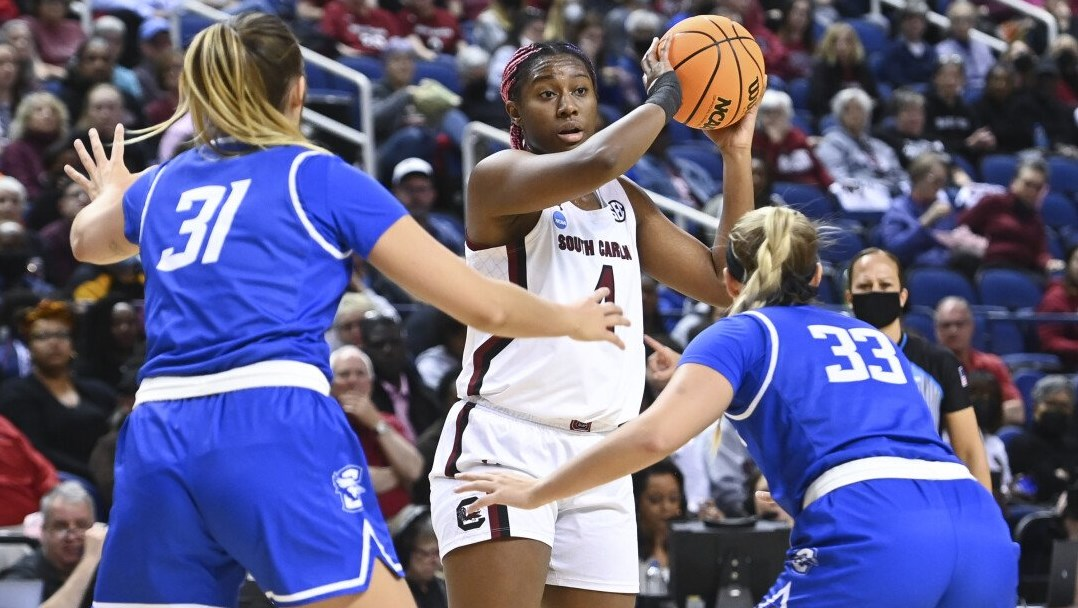 Entering the Final Four matchup with Louisville on April 1, Boston already has single-season career highs in points, rebounds and steals. The junior carried a double-double streak of 27 games during the season, which shattered the SEC record and included a double-double in ten of the team’s 12 wins over nationally ranked opponents. Offensively, Boston is shooting 54.2 percent from the field – best in the SEC – and averages 16.8 points per game. Defensively, Boston collected her third consecutive SEC Defensive Player of the Year award and ranks in the top-10 nationally for blocked shots (87; 9th), defensive rebounds per game (8.3; 7th) and total rebounds per game (12.2; 5th). She anchors a team defense for South Carolina that leads the nation in field goal percentage defense, blocked shots and rebound margin.