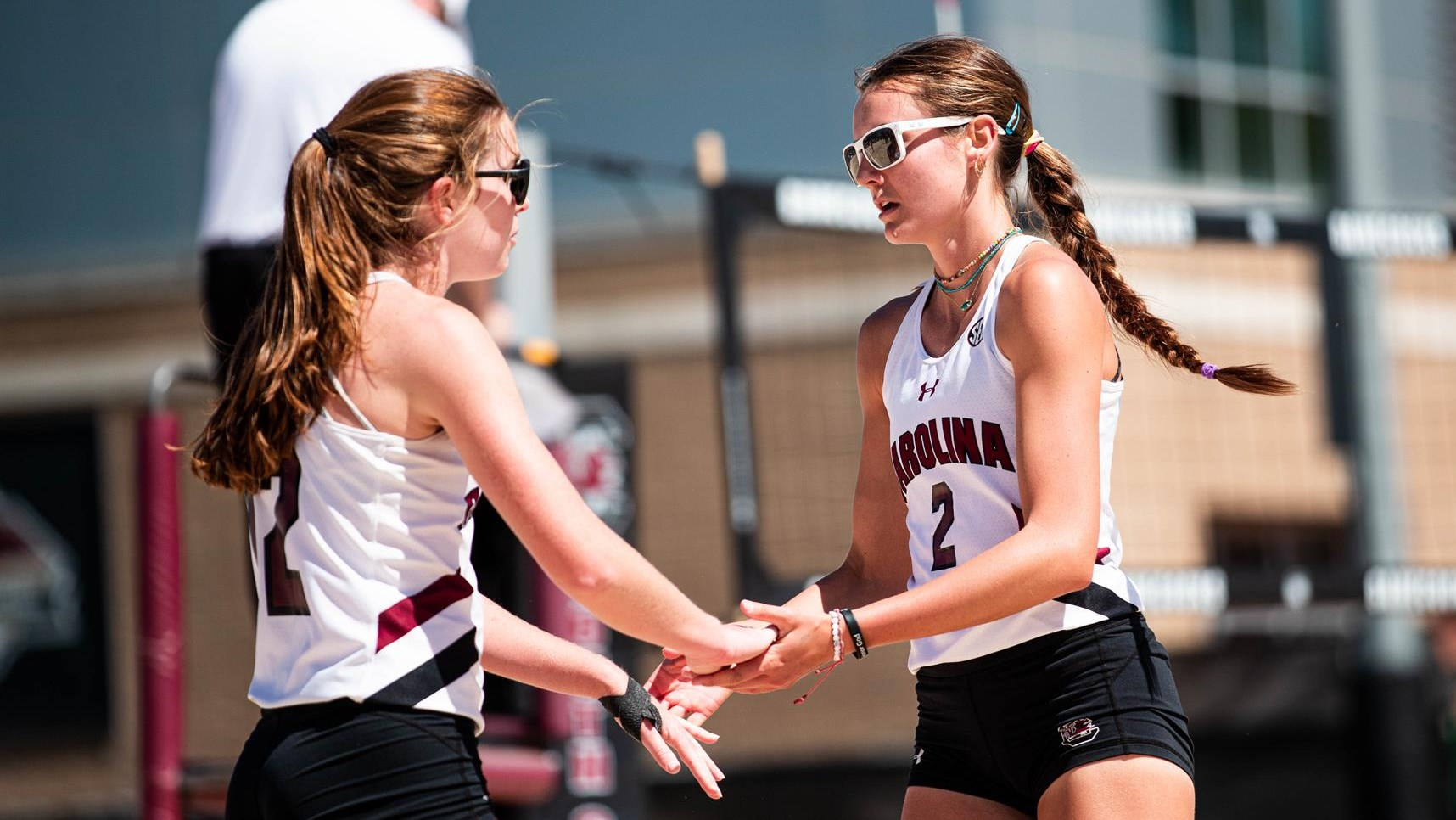 The Gamecocks next will head to Myrtle Beach April 8-9

The team started the day with a battle against UAB. The Blazers threatened to take a 2-0 lead early, winning a three-set match on court five and forcing a third set on court four. Abby Carroll and Alyssa trailed late in their third set, but were able to make a run and broke out of an 11-all tie and won 15-13 to make it a 1-1 score. That proved to be a vital win, as the Gamecocks were able to get quick sweeps on courts two and three but lost on the top court to UAB. Lauren Wilcock and Jordan Smith won the clinching point with a 21-8, 21-14 sweep of the number two pairing.

The weekend finale was decisive, with all five courts decided in straight sets. Both teams took a match in the opening wave, Carroll and Keller opted for a sweep this time around and dominated court four with a 21-13, 21-14 decision, but UNCW countered with a win of the number five pairing. It was all South Carolina on the top three courts, though, the Gamecocks only surrendered 15 or more points in two of the six sets in the first, second and third pairings. Lauren Wilcock and Jordan Smith clinched the team win with a 21-11, 21-19 sweep on court two.

UP NEXT
The Gamecocks are back on the road, heading to the Carolina coast next weekend for a tournament at Coastal Carolina April 8-9. South Carolina faces Mercer, College of Charleston and UNCW along with the host Chanticleers.