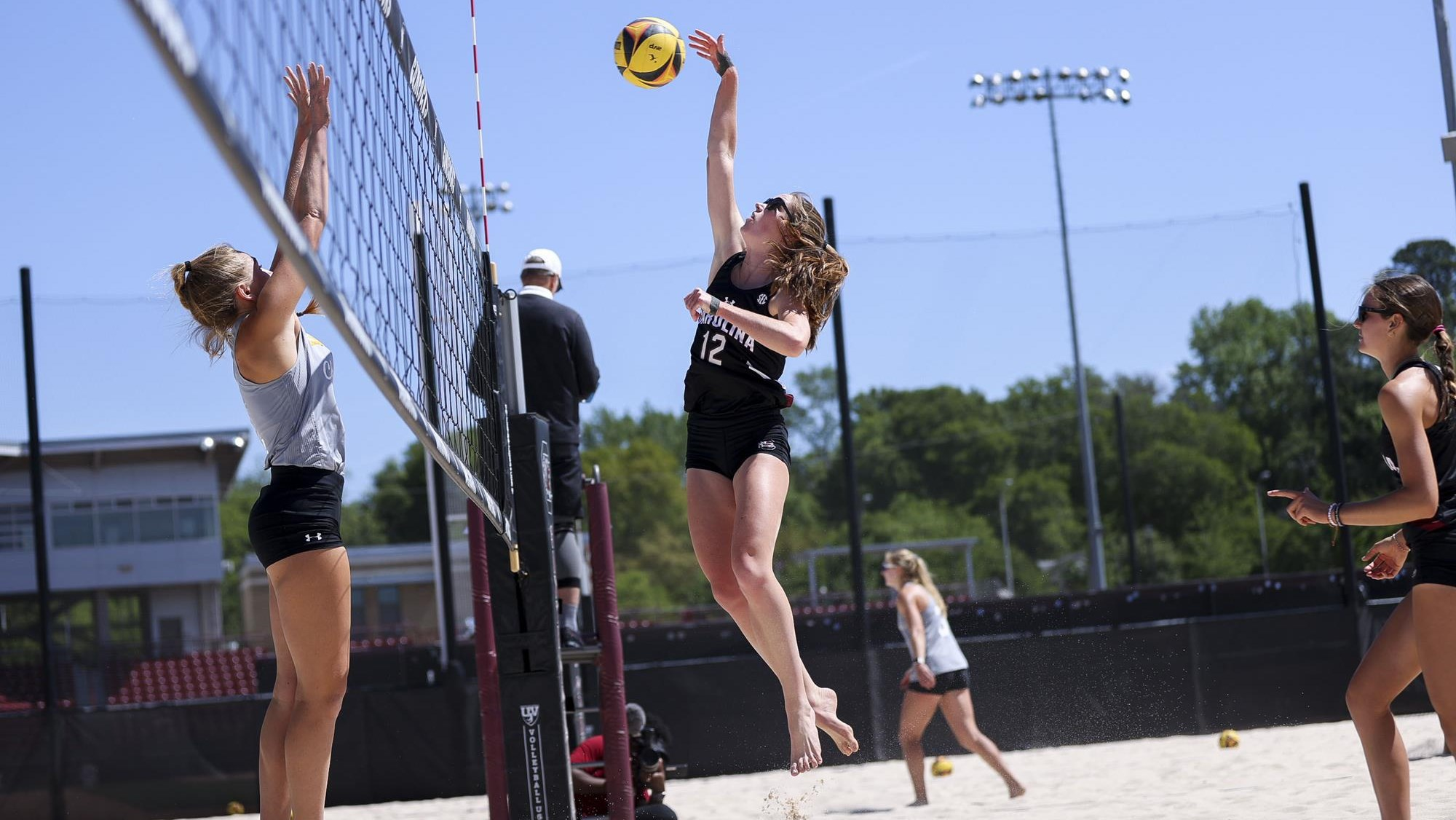 The Gamecocks are winners of eight straight games

COLUMBIA, S.C. – South Carolina beach volleyball moved its win streak to eight games with two wins Friday at home, defeating College of Charleston 5-0 and Coastal Carolina 4-1. The Gamecocks, now 19-8 for the season, are one win shy of matching the program record for longest win streak, last achieved in 2018.

In the morning dual, the Gamecocks were sharp against the Cougars. A week removed from a 5-0 decision that included two wins in three sets, South Carolina left no doubt with sweeps on all five courts. Kaeli Crews and Hannah Mackenhausen clinched the team victory at 3-0 with a 21-12, 21-14 sweep on court three and Whitley Ballard and Skylar Allen reunited again on court one after missing most of last weekend’s action and came away with a 24-22, 21-17 sweep to close the dual.

The evening matchup was another rematch from last weekend, bringing in Coastal Carolina. The teams split the opening wave of matches, Alyssa Keller and Abby Carroll dominated on court four with a 21-13, 21-9 sweep but the Chanticleers countered with a sweep on court five. The Gamecocks moved quick to regain momentum, sweeping all three matches in the second wave to defeat Coastal. Crews and Mackenhausen again won the clinching point on court three, this time with a 21-16, 21-19 victory.

UP NEXT
Two ranked opponents are up next for South Carolina. Saturday pits the Gamecocks against No. 20 FGCU at 11 a.m. before the weekend finale versus No. 14 Georgia State at 3 p.m.