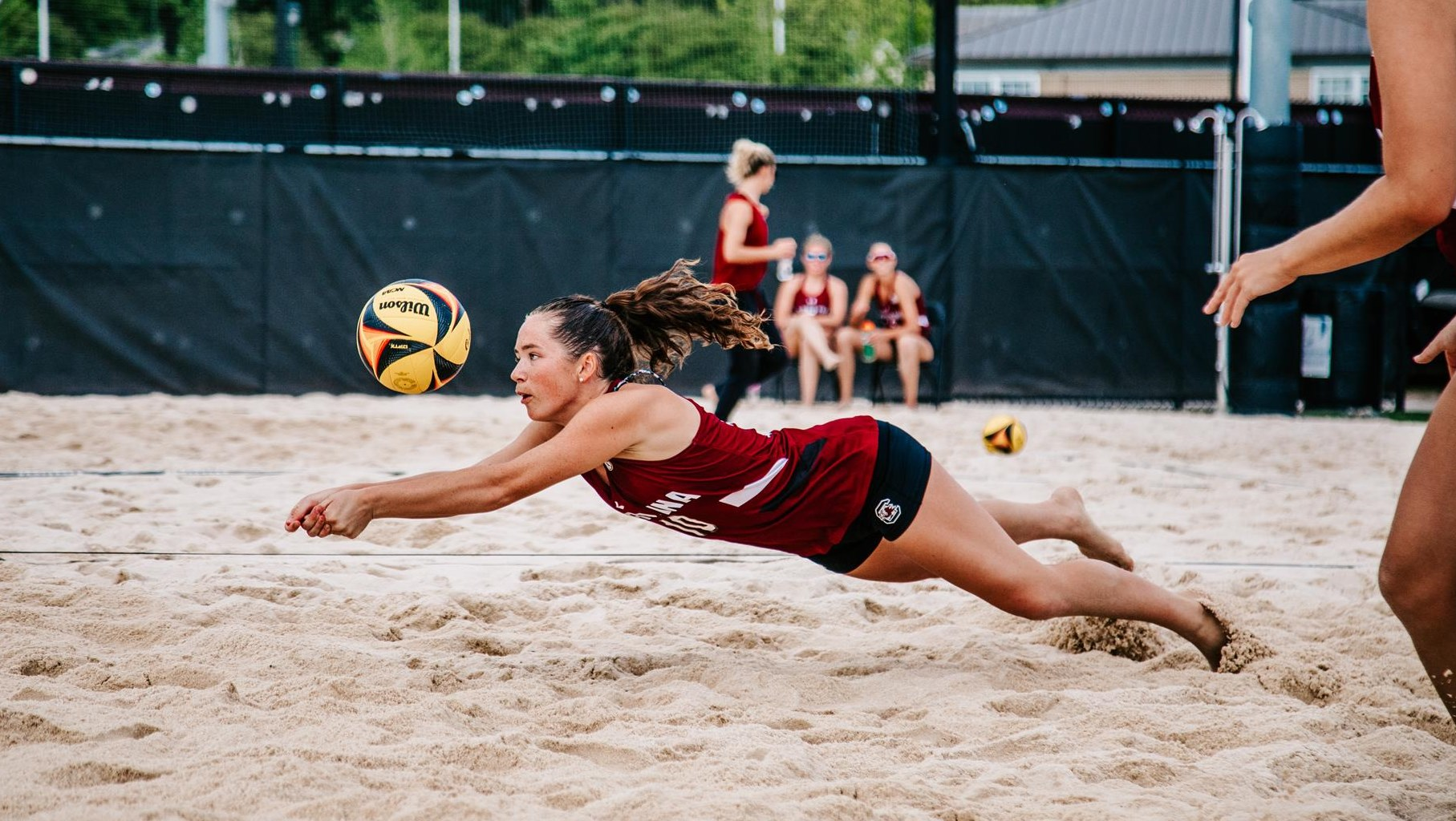 COLUMBIA, S.C. – South Carolina wrapped up its final tournament of the regular season with a pair of tough losses Saturday in the Palmetto Invitational. The Gamecocks fell by a 3-2 score to both No. 20 FGCU and No. 14 Georgia State, trailing 2-0 in both duals before rallying late but coming just short of the comeback.

In the morning matchup against FGCU, the Gamecocks had a chance to split the first wave of matches but came up short with a 21-19, 17-21, 27-25 loss on court four that was compounded by the potential game-winning point for Carolina falling off the wrong side of the tape. The Eagles pressed in the second wave with first-set wins on the top three courts, but the Gamecocks battled back and forced a third set on each. Kaeli Crews and Hannah Mackenhausen on court three and Lauren Wilcock and Jordan Smith on court two each completed the comeback to tie the dual at 2-2, but FGCU won 15-13 in the third set on court one to clinch the win.

It was almost a carbon copy in the Georgia State dual, as the Panthers swept courts four and five and cruised to first-set wins on the top three courts as well. Crews/Mackenhausen and Smith/Wilcock again would answer back with decisive three-set wins, but court one fell behind early in their third set and the Panthers escaped with the win.

UP NEXT
South Carolina officially ends its regular season on Wednesday, April 20 when it hosts Erskine for a one-off 6 p.m. dual with the Fleet. The Gamecocks have the following weekend off, then travel to Huntsville, Ala. for their conference tournament April 28-30.