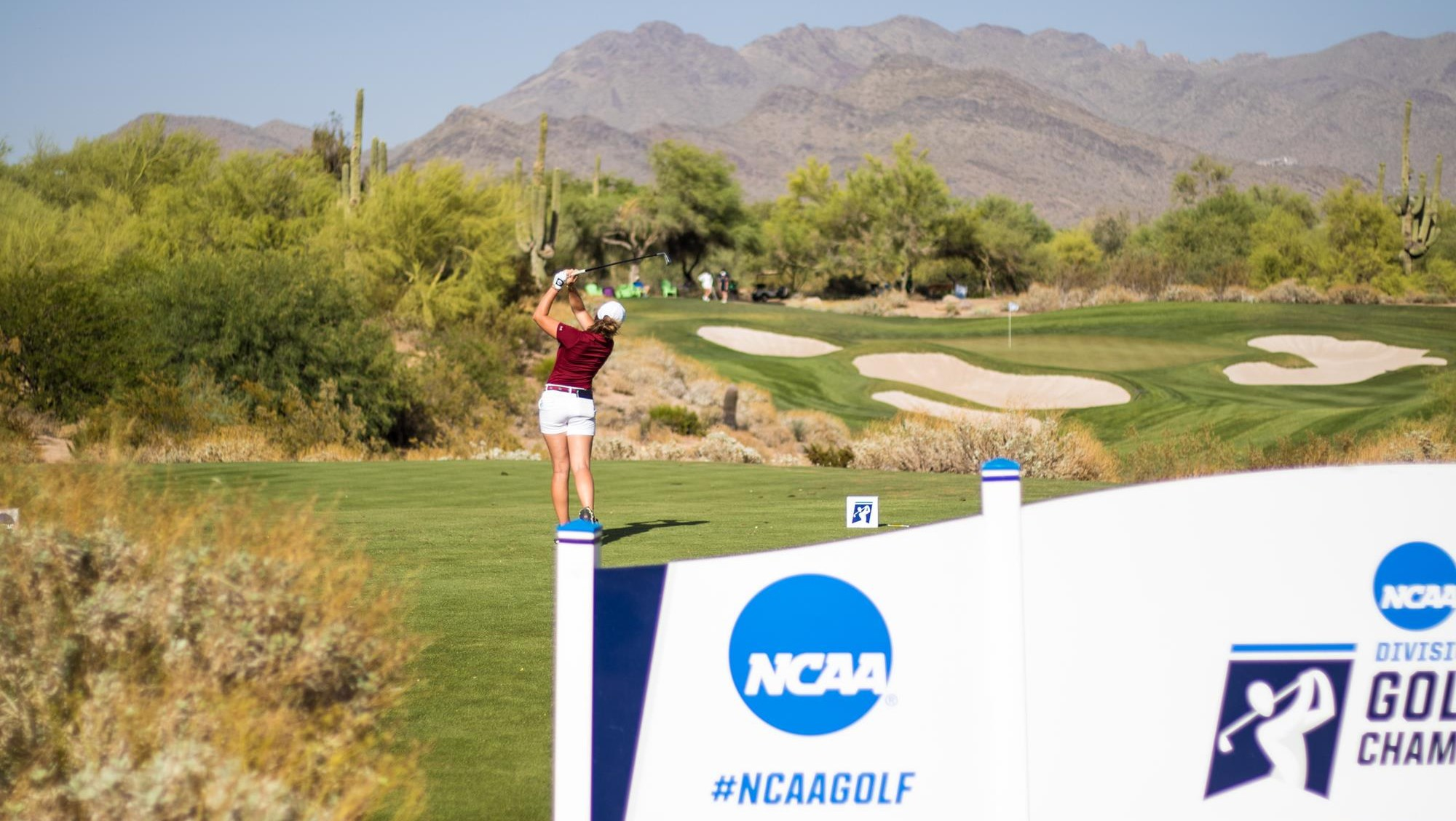 No. 3 Gamecocks 20th on Bunched Leaderboard at NCAAs

SCOTTSDALE, Ariz. -- No. 3 South Carolina battled down the stretch in some windy, firm conditions late Friday afternoon on day one of the 2022 NCAA Championship. The Gamecocks shot 306 (+18) and sit 20th on the leaderboard.

SCOTTSDALE, Ariz. — No. 3 South Carolina battled down the stretch in some windy, firm conditions late Friday afternoon on day one of the 2022 NCAA Championship. The Gamecocks shot 306 (+18) and sit 20th on the leaderboard.

Carolina is just 10 shots back of the top-four and will have the favorable morning tee times for round two on Saturday.

“It was an extremely challenging back nine today with very gusty winds,” said head coach Kalen Anderson. “There is a ton of golf remaining, and we are still very much in reach of the top eight for match play. We will need to play solid, Gamecock golf for the remainder of the week. I look forward to the fight ahead with this group.”

First Team All-SEC freshman Hannah Darling paced the Gamecocks with a 3-over 75. She made birdies on two par-5s and nearly holed out for eagle at the par-5 seventh coming down the stretch. Fellow freshman Louise Rydqvist, a Second Team All-SEC pick, shot 76 (+4). She had a birdie, three bogeys and a double on her card.

Graduate transfer Tai Anudit, also a Second Team All-SEC selection, shot 76 (+4) as well. She had a pair of birdies and made a two at the par-3 eighth on her second to last hole of the round. Junior transfer Justine Fournand shot 79 (+7). She made the turn even after all pars on her front nine. Fournand was hurt by a triple at the difficult par-4 third hole. Junior Mathilde Claisse also shot 79 (+7). She made the turn at 1-over with but was hurt by back-to-back doubles at holes five and six.

No team shot under par on Friday at Grayhawk Golf Club. Top-ranked Stanford posted the round of the day at 289 (+1). Rose Zhang for the Cardinal, the top-ranked player in the country, is atop the individual leaderboard thanks to a first round 68 (-4). Just five in the 132-player field fired a red number today.

The Gamecocks will be paired with Stanford and No. 2 Oregon again in round two. Claisse will lead things off at 9:30 a.m. (ET) on hole one.

Live scoring is available the duration of the tournament via Golfstat.