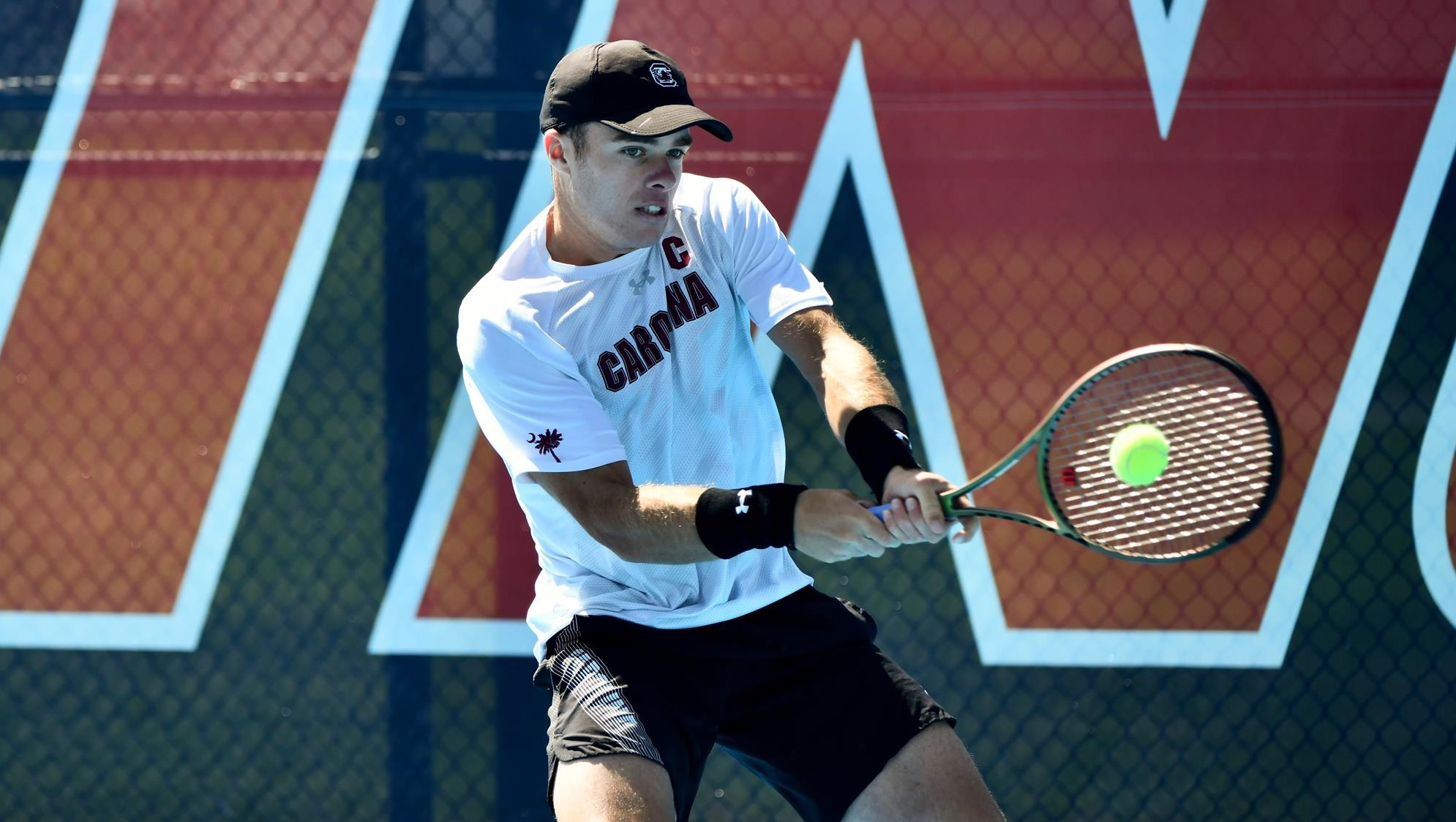 Rodrigues Advances to Round of 32

The top-ranked player in the country defeated No. 37 Mason Beiler of Oklahoma in straight sets.

Champaign, Ill. – South Carolina men’s tennis junior Daniel Rodrigues advanced to the Round of the 32 in the NCAA Singles Championship on Monday. The top-ranked player in the country defeated No. 37 Mason Beiler of Oklahoma in straight sets.

Rodrigues served first in the match and there were no breaks through the first three games. He earned an early break to take a 3-1 lead and extended his lead to 4-1 with a big hold at deuce. The junior earned another break to extend his lead to 5-1 but had trouble closing out the first set. Beiler tried to make a late run, earning a break off of Rodrigues’ next serve and taking his own service game to cut the lead to 5-3. The Gamecock was finally able to take another game win to close out the first set 6-3.

The second set started in a similar fashion with Beiler on the first serve. There were six games before Rodrigues finally earned a break to take his first lead of the set 4-3. He went on to win his next service game and took another break to win the second set 6-3, advancing him to the Round of 32.

The Funchal, Portugal, native now has 19 ranked wins on the season with 11 of them in the top-50.

Rodrigues will face No. 60 Harris Walker of Harvard Tues. May 24. He will also be joined by Connor Thomson to start the doubles championship against Eliot Spizzirri and Siem Woldeab of Texas. Times for both matches will be announced at a later time.