“This season will be a great challenge for the team, with many new players and a new conference it will be a very intense and competitive season,” Annan said. “We will have the 2021 national champions at home on September 2, which would be a great time to catch a game and help pack the house at Stone Stadium. We are excited to get the 2022 season underway and hope to see as many fans pushing the program for success.” 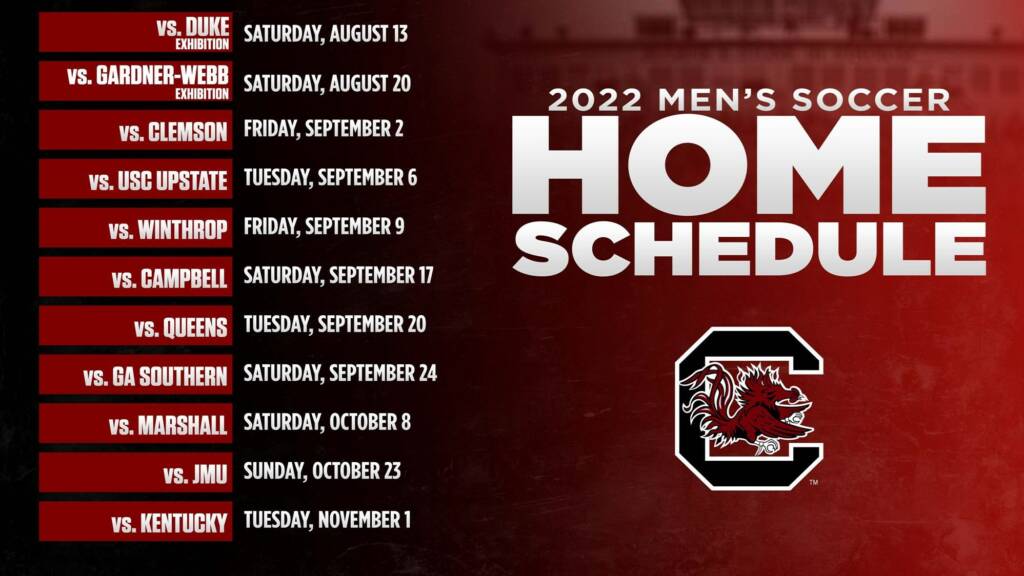 The Gamecocks’ 11-match home schedule, which is comprised of two exhibitions and nine regular season matches, is highlighted by rival and defending national champions Clemson. Carolina is set to take on the Tigers at 7 p.m. on Sept. 2.

The Sun Belt conference adds a new flavor to the Gamecocks’ schedule. Four Sun Belt matches are slated to take place at Stone Stadium this year. The Gamecocks open their home conference slate with a match against Georgia Southern on Sept. 24. Two weeks later, the 2020 national champions make their way to Columbia as the Gamecocks will take on Marshall on Oct. 8.

The Gamecocks have four other nonconference home matches in 2022. Carolina is set to host USC Upstate on Sept. 6. The match against the Spartans will mark the sixth consecutive year of matches between the two programs.

Carolina then hosts the Camels of Campbell on Sept. 17. That match is set for a 7 p.m. start time.

The Gamecocks will also face off against Queens at 7 p.m. on Sept. 20 for their final nonconference home match. Carolina has never faced Queens in a regular season match.