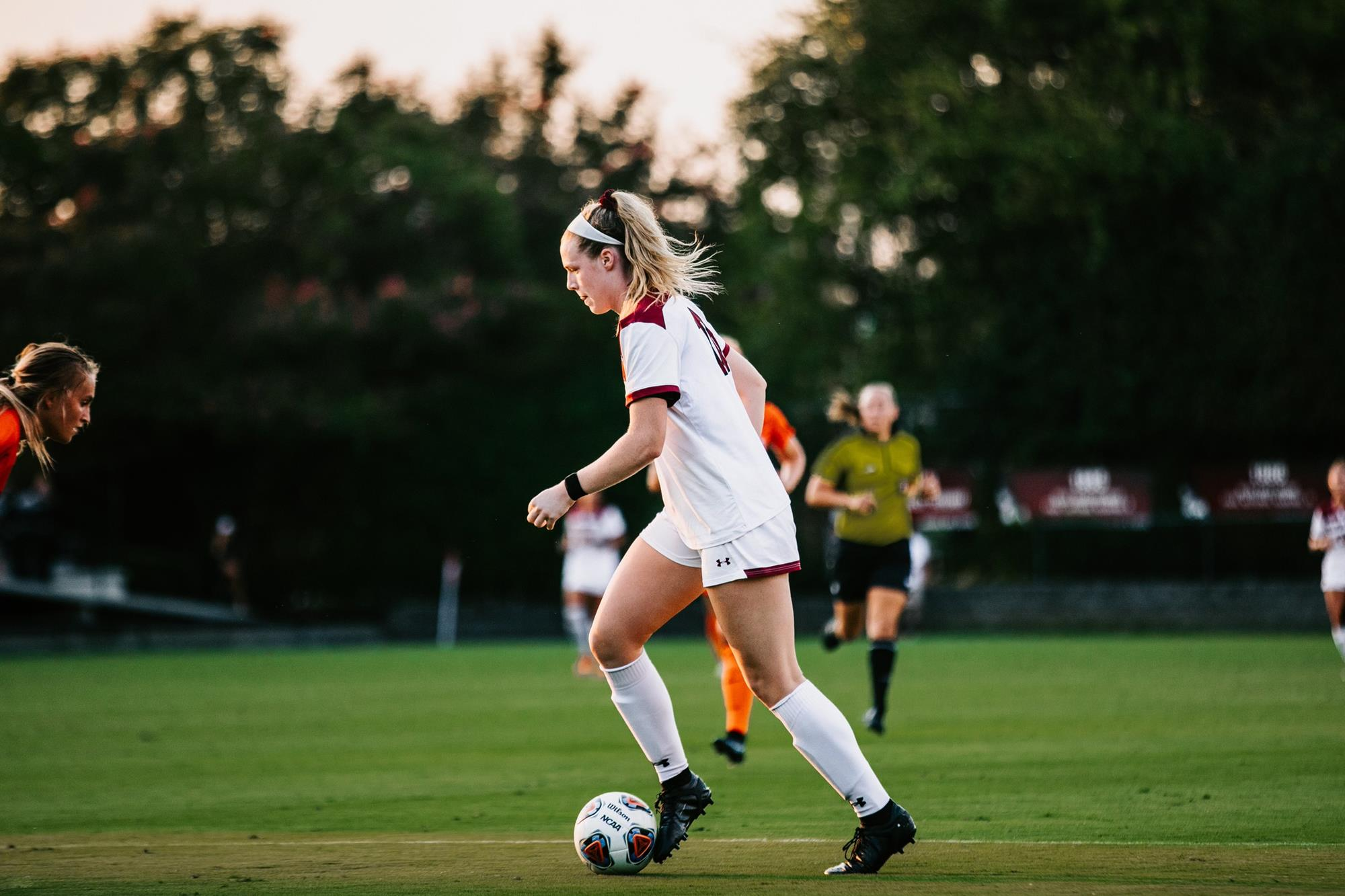 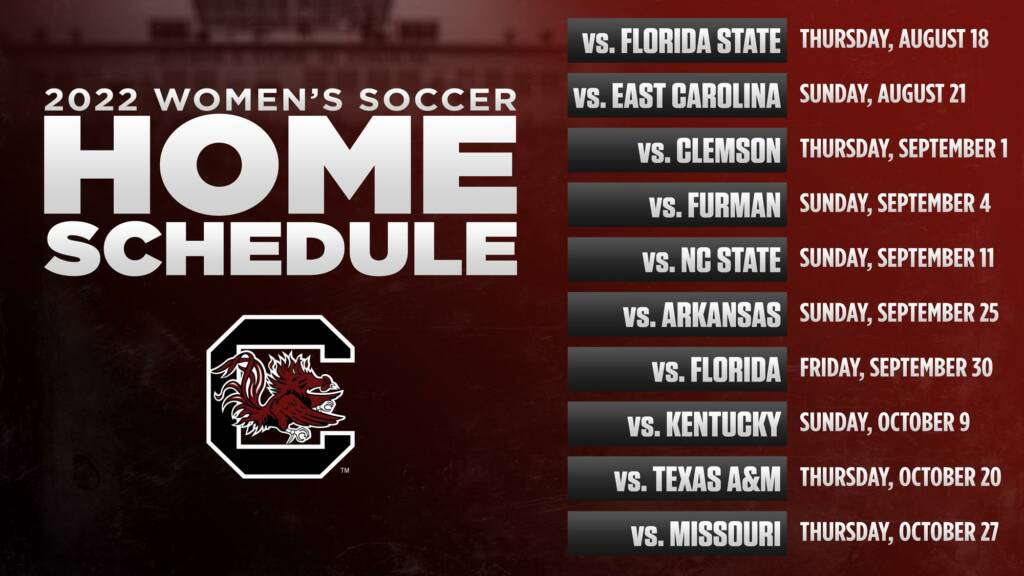 The 2022 women’s soccer home schedule features five non-conference games and five SEC games. The road portion of the schedule will be released at a later date.

“We have another tremendous schedule this season that will be competitive and challenging throughout,” Smith said. “We are fortunate to play these games at home, where our players truly appreciate the strong fan support we have year after year, creating one of the greatest college soccer atmospheres in the country! With the stadium updates coming soon to enhance the fan experience and a slate of the best women’s teams in the country matching up, there’s no better time to catch a game at Stone Stadium.”

The 10-game home schedule begins Thursday, August 18, when the Gamecocks host the defending National Champion Florida State Seminoles. The match will be the first between the two powerhouse programs since meeting in the NCAA quarterfinals in 2014 and the first between the two teams at Stone Stadium. Carolina wraps up opening weekend by hosting East Carolina on Sunday (Aug. 21).

South Carolina returns home September 1 when it takes on rival Clemson for the 28th all-time meeting. The two programs have met every season since the Gamecocks began the program in 1995. Carolina closes out the weekend hosting Furman on Sunday, September 4. It will be the first meeting between the in-state foes since 2013.

The Gamecocks wrap up non-conference play when they welcome NC State on Sunday, September 11. This will be the fifth meeting in the last seven seasons between the programs.

SEC play at Stone Stadium kicks off Sunday, September 25, when South Carolina hosts Arkansas. The two programs did not face off last season, but have played one another six times since 2017. Carolina closes out the month on Friday (Sept. 30) against Florida, which it is 5-0-1 against since 2017.

The Gamecocks host Kentucky on October 9 for their 27th all-time contest. The two teams have played every season since 1995 except one (2015).

South Carolina hosts Texas A&M October 20, when the two teams will meet for the first time since 2018. The Gamecocks wrap up the regular season at home on October 27 against Missouri.

Conference games times are is still to be determined and will be announced at a later date.