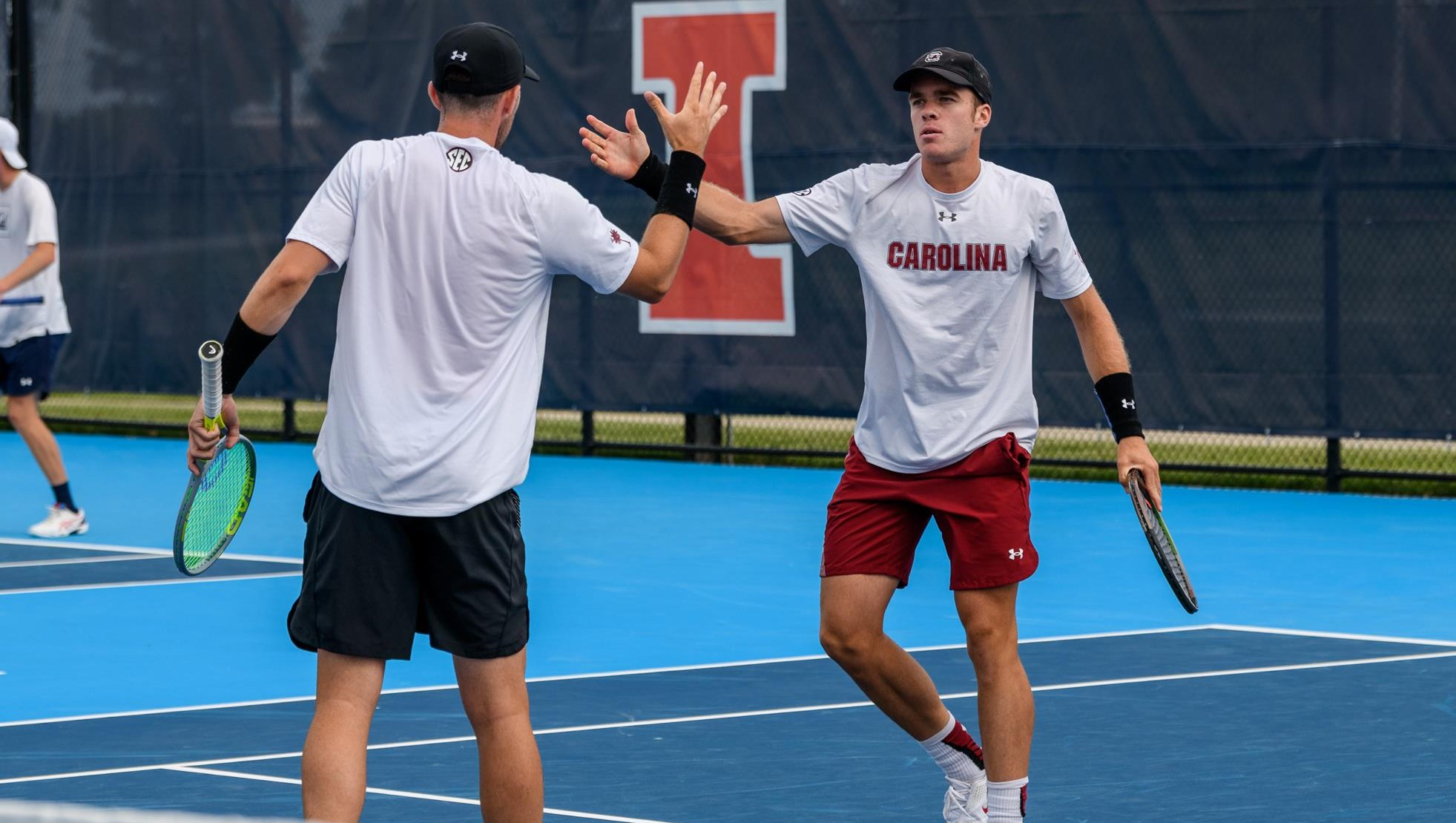 Columbia, S.C. – South Carolina men’s tennis junior Daniel Rodrigues and sophomore Connor Thomson were both named All-Americans by the ITA. Rodrigues earned the honor as both a singles and doubles entry.

In singles Rodrigues earned the honor by being seeded in the NCAA Singles Championships. As the No. 2 overall seed, Rodrigues advanced to the Round of 16 which is also a qualifying factor for the honor. He ended the season with a program high final ranking of No. 3.

Rodrigues posted a 27-5 singles record during his fourth year on the team, compiling 20 wins over ranked opponents. His .844 winning percentage ranks at 13th place in the program record book. This honor marks the second consecutive year that Rodrigues’ has been named a singles All-American.

Overall in his career, Rodrigues is 108-32 in singles with a .771 win percentage. Those 108 singles wins are sixth most in program history.

The team captain earned the No. 1 singles ranking by the ITA during the penultimate ranking release, joining a group of few collegiate tennis players to earn that ranking during multiple seasons. He became the first Gamecock to hold the top ranking during the 2021 season.

In doubles, Rodrigues and Thomson earned the All-America title by advancing to the semifinal round in the NCAA Doubles Championships. Their run to the semifinal match is the furthest that a Gamecock doubles pair has ever advanced in the tournament.

The duo had a 22-8 record on the season. Their 22 wins are tied for second-most matches won in a season by a doubles team. The pair won a program-record 18 matches in dual play during the 2022 season.

Rodrigues and Thomson finished the season ranked at No. 6 in doubles, the highest final doubles ranking in program history. They are the first South Carolina doubles pair to be named All-Americans since Stephane Simian and Ken Diller in 1989.