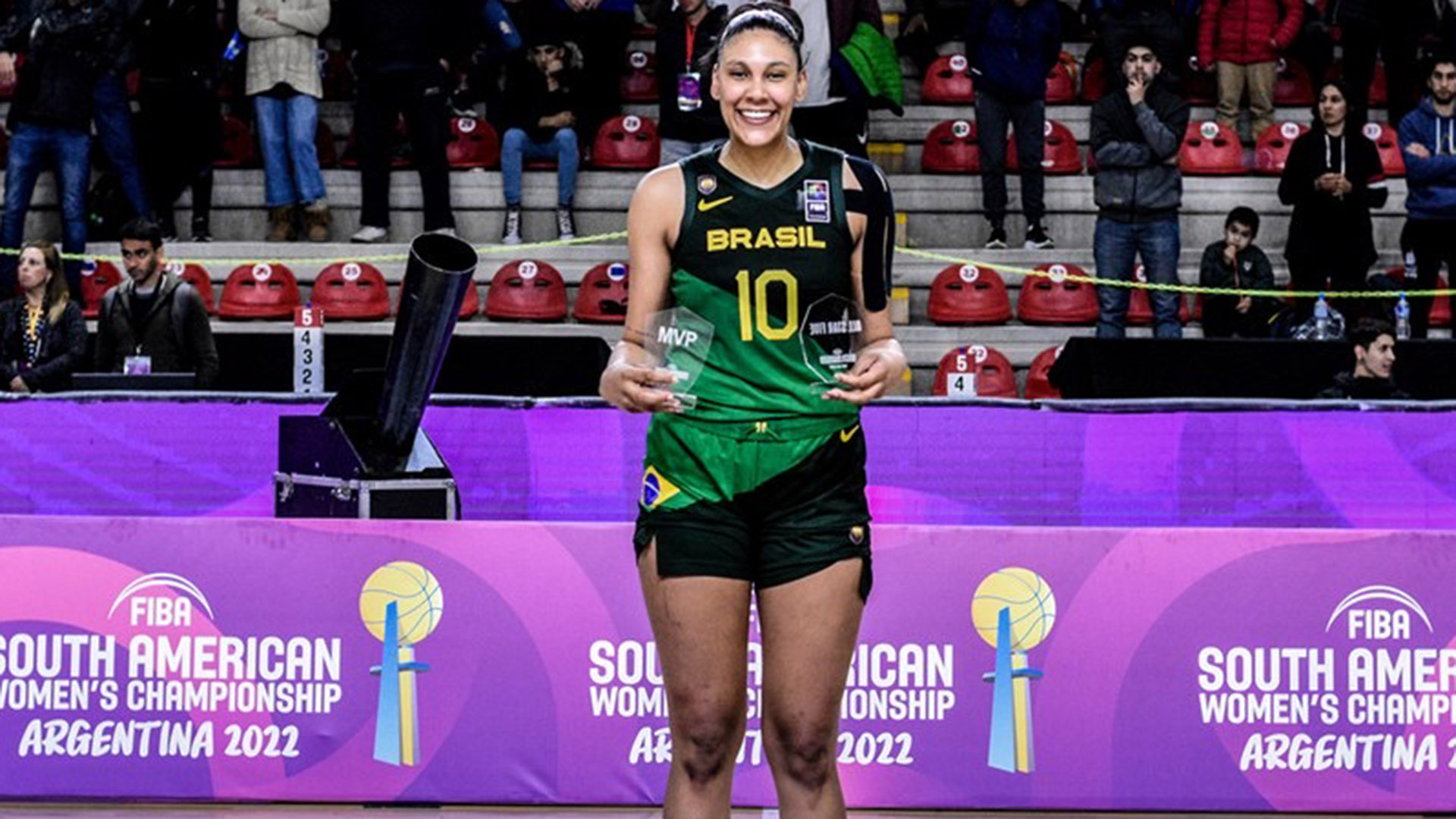 After dominating teams in group play, Brazil nearly doubled up Venezuela in the semifinals to meet host Argentina with the title on the line. Cardoso’s team trailed 31-23 at halftime, but rallied back in the second half behind a relentless inside game. All six of Cardoso’s field goals came in the second half, including nine in the third quarter to help Brazil pull within a point at 47-46 with 10 more minutes to play.

The two teams traded the lead throughout the final period. After a quick rest, Cardoso returned to the game for the final 3:30 with the score tied at 62-62. She snagged a pair of offensive rebounds, putting back the last one for a 64-62 edge with 2:25 on the clock. The score was tied again at 65-65 with 1:33 to play with neither team able to connect on a field goal down the stretch. Brazil took a 67-65 lead on a pair of free throws with 23 seconds to play, and Argentina tied it again from the stripe as well. Brazil finally hit a field goal in the waning moments, and Cardoso blocked Argentina’s potential game winner at the buzzer.

Across the tournament’s five games, Cardoso was second in scoring at 14.8 points per game and rebounding with 11.4 per game. She led the tournament in field goal percentage (.587), blocks per game (2.6) and double-doubles (3).

Cardoso is scheduled to return to Columbia for her second season with the Gamecocks. In the march to the 2022 National Championship, she played in 32 games, averaging 5.4 points and 5.1 rebounds, shooting 55.3 percent from the field in 13.3 minutes per game off the bench.