Former Softball Standout Making a Difference in Lives of Children

Former South Carolina softball outfielder Kaitlin (Westfall) Moore (2009-2012) is being inducted into her high school’s athletics hall of fame next month, but she’s already doing hall of fame work as an occupational therapist working with children with special needs for the Richland One School District in Columbia.

“With occupational therapy in the schools, we support their academics,” said Moore, who has worked in the field for the last eight years. “We work with their fine motor skills such as with their handwriting or cutting. I have a lot of children with autism on my caseload. I help integrate them into the school setting itself and help them flow within their school day.

“Honestly, I think they give me more than I give them.”

“I get a lot of wonderful gratification from it. I feel like I’m making a difference with the way the kids smile at me or when they achieve something we’ve been working on. I feel like it’s a way I can give back. Honestly, I think they give me more than I give them. I just love working with children with disabilities. I think I help them find their internal confidence.”

Moore had plenty of confidence as a student-athlete, on and off the field. She was named to the SEC Academic Honor Roll all four years with the Gamecocks and earned NFCA Scholar-Athlete honors as a senior. She was also named to the SEC Softball Community Service Team in 2010. On the field, she led the Gamecocks and the SEC with 18 doubles as a senior, while batting .308 with four home runs and 29 RBI.

“I have so many good memories, but mostly, it’s the family that I gained from being there and just being able to compete with my family,” Moore said. “It was an incredible feeling.”

After earning her degree in exercise science, Moore attended the Medical College of Georgia in Augusta. She was inspired to become an occupational therapist after working with someone in that profession while serving as a camp counselor one summer during college.

Moore graduated from Mount De Sales Academy in Macon, Georgia, where she starred in softball, basketball, and track. She will be inducted into the school’s hall of fame on September 23.

“I was shocked when I found out,” Moore said. “It’s one of those things that you don’t necessarily expect. When I got the phone call, I was flattered and honored. I’m looking forward to seeing where it all started and enjoying that family feeling that I had there as well.”

Moore is married to former South Carolina football student-athlete, Davis Moore, but oddly enough, the two did not meet while they were on campus together.

“One of my teammates was dating one of his roommates at the time, but we never met while we were in college,” Moore said. “It was serendipitous. He joined the military after college, and he was stationed in Charleston and happened to be back in Columbia visiting a friend when we met. We probably saw each other in the Dodie (Anderson Academic Enrichment Center) all the time and didn’t even know it!”

The couple has two children with their three-year-old daughter, Brinley, and nearly one-year-old son, Baylor, and are regulars at many South Carolina Athletics events. 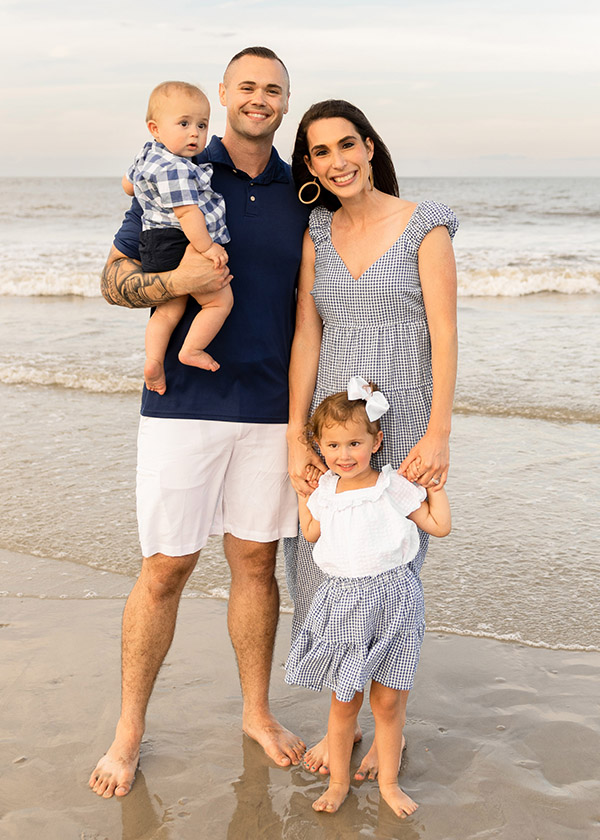 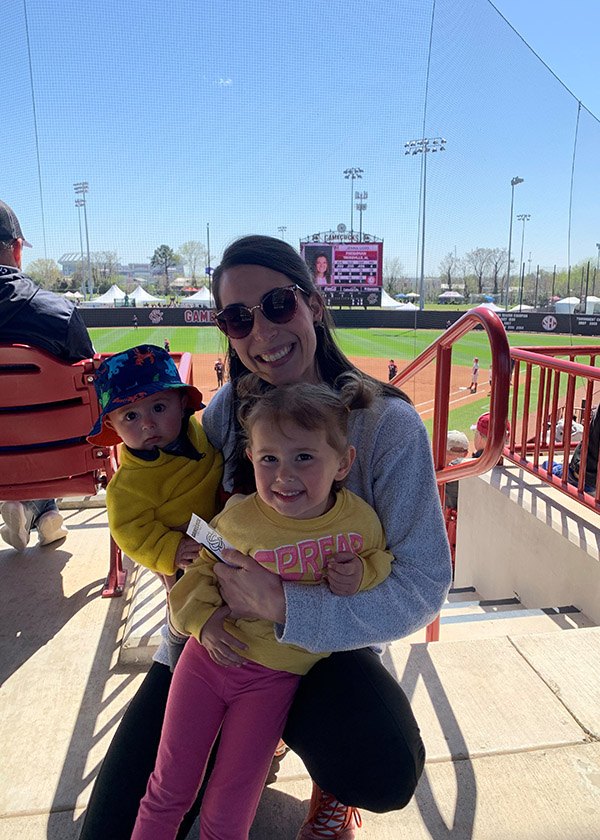