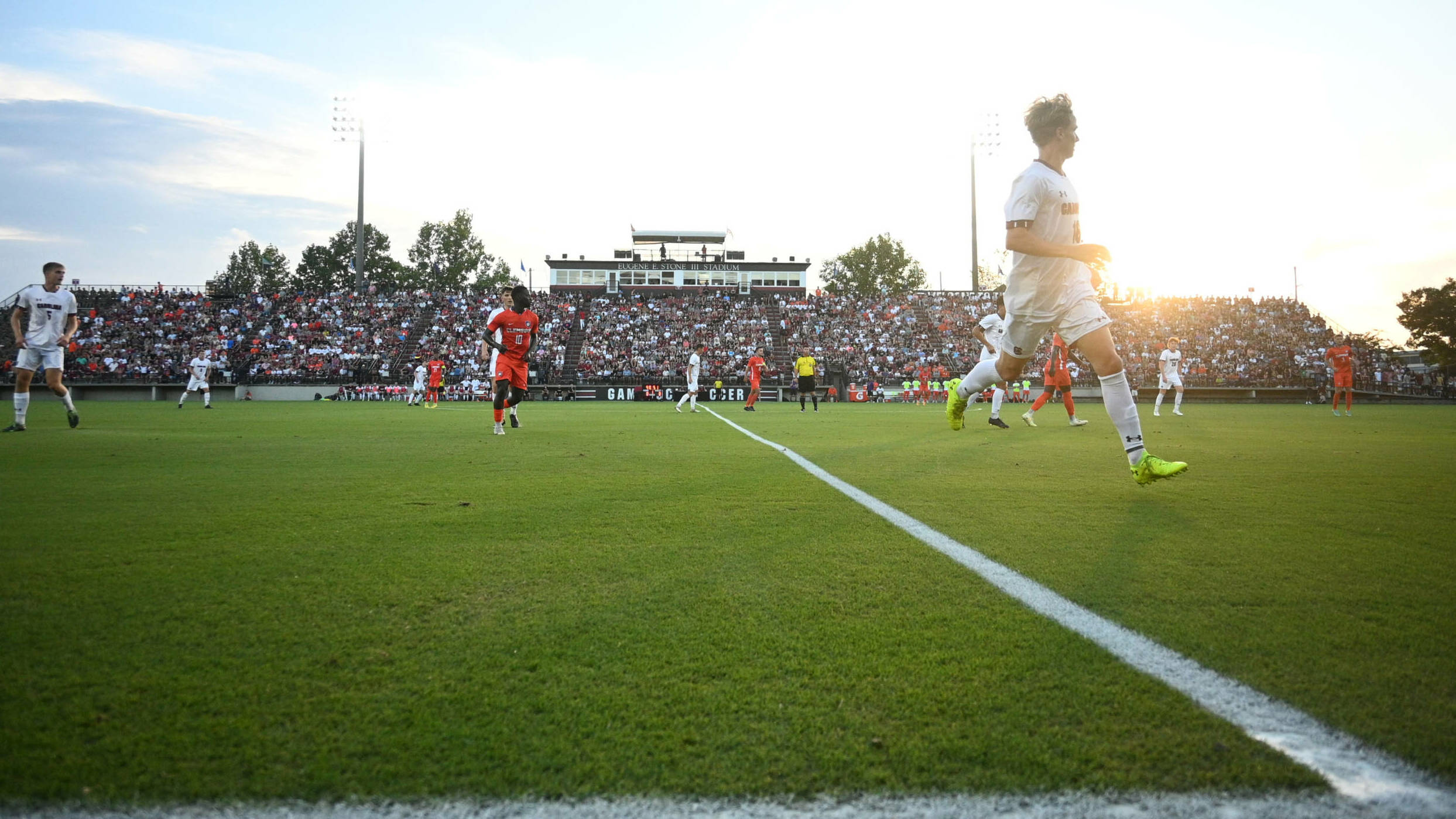 Gamecocks Out Shoot No. 1 Ranked Tigers, But Fall 1-0

COLUMBIA, S.C. – The South Carolina men’s soccer team put up a tough match in front of a sold out crowd of 5,449 against the No. 1 ranked team in the country, but the Gamecocks were unable to hold on, falling 1-0 to Clemson.

In what can only be described as a defensive battle, the two sides combined to allow only three shots on goal, two for the Tigers and one for the Gamecocks. Overall, Carolina out-shot Clemson 9-5, after the Tigers entered the match averaging 17 shots a game. Harrison Myring led the way with three shots for South Carolina. The Gamecocks limited the Tigers to only two players attempting a shot on the night.

The lone goal of the match came in the 61st minute on a shot that deflected off a Carolina defender. Myring had an opportunity just a minute later on a breakaway, but his shot sailed just high. Damola Salami followed a minute later with the long shot that went on target from 30 yards out. Earlier in the match, Myring had an opportunity in the 14th minute when his shot hit off the crossbar.

The Gamecocks continue their homestand when they host USC Upstate Tuesday, September 6 at 7 p.m.