MAP Lab Technology Can Make a Difference for Gamecocks

Movement science technology is making a difference for South Carolina student-athletes. The Gamecocks have access to Prisma Health’s Motion Analysis and Performance (MAP) lab which can help improve their performance on the field, recover from an injury, or even prevent some injuries from happening.

“The Motion Analysis and Performance Lab is three-dimensional biomechanical assessment tool that uses sixteen LED cameras and force plates that are integrated in the ground to create a 3-D model to break down things like the movement of a pitch or other things,” said Dr. Jay Patel, South Carolina’s Director of Performance Science.

For coaches, it’s another great tool in helping players develop.

“The basis of pitching begins with movement quality,” said South Carolina baseball pitching coach Justin Parker. “If we can take quantitative data and be able to objectively look at what our guys are doing, we’re able to get to the finish line quicker. That’s what we’re trying to do in development. We’re collecting data and trying to get guys better as fast as we can.”

The MAP lab is available to all of the Gamecocks teams and can help in both improving a student-athlete’s performance or help in reducing injury.

“Everywhere I’ve been, we haven’t had a resource like this. We’ve had to outsource it, so this is tremendous.” 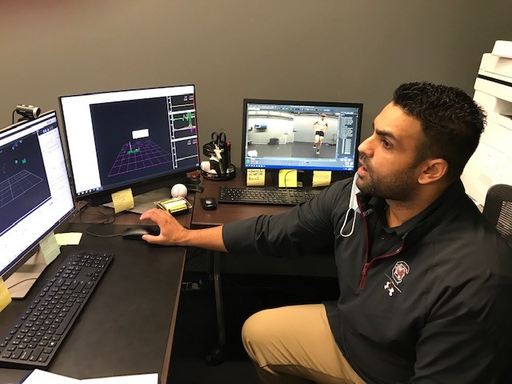 “Many of the ones that are coming in are coming from our Sports Medicine Department,” Patel said. “If they are coming in for an injury, we try to see what we can do so they won’t get injured again. If they’re healthy, we’re figuring out what we can do to enhance their movement or reduce their risk for injury in the future. For the one’s coming off an injury, if they’ve been here before, we can compare their movement now with how it was from three years ago to see how it’s changed and caused issues.

“We had a soccer athlete with recurring hamstring issues. We brought her in to go through a series of movements to see if there is anything going on, such as her knees bending in a certain direction or if there is something going on.”

Patel works with the coaches in determining what is a natural sports movement and reports what he finds. He charts what he sees and makes recommendations for how to improve their performance based on the movements.

Patel said he’s enjoyed a lot of success stories, including working with a former football kicker who struggled early in his career, and analysis showed that student-athlete had grown significantly but his brain basically wasn’t picking up how big his foot had become and created unnecessary drag.

Student-athletes are referred to the MAP lab by coaches, athletic trainers, or other medical staff.

“Jay and I have had a lot of conversations, and he comes over and does in-house screenings and assessments,” Parker said. “He is invested, and he knows our guys. He has been a tremendous resource.

“Everywhere I’ve been, we haven’t had a resource like this. We’ve had to outsource it, so this is tremendous.” 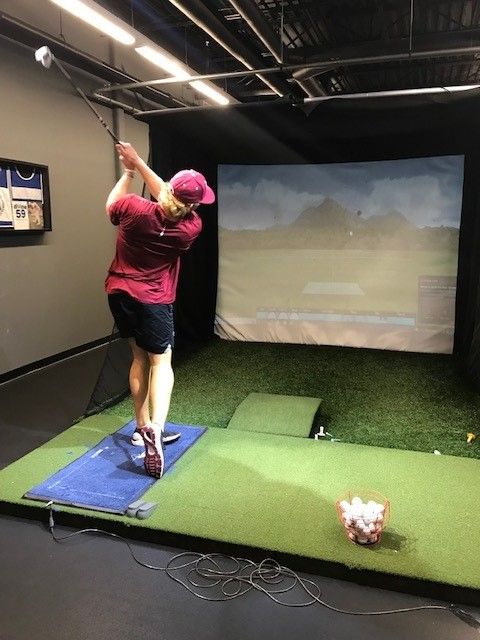 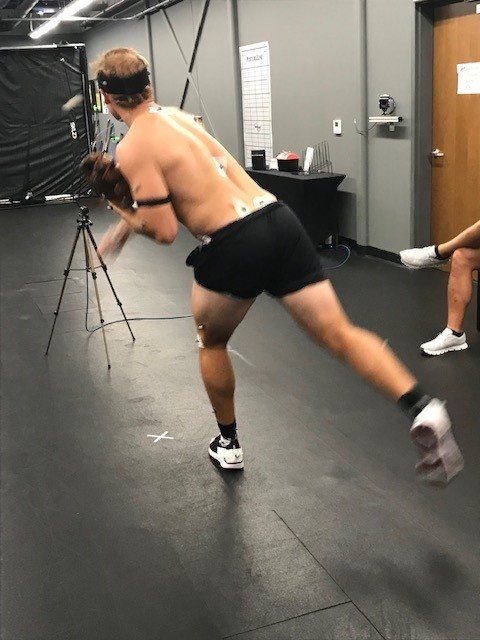