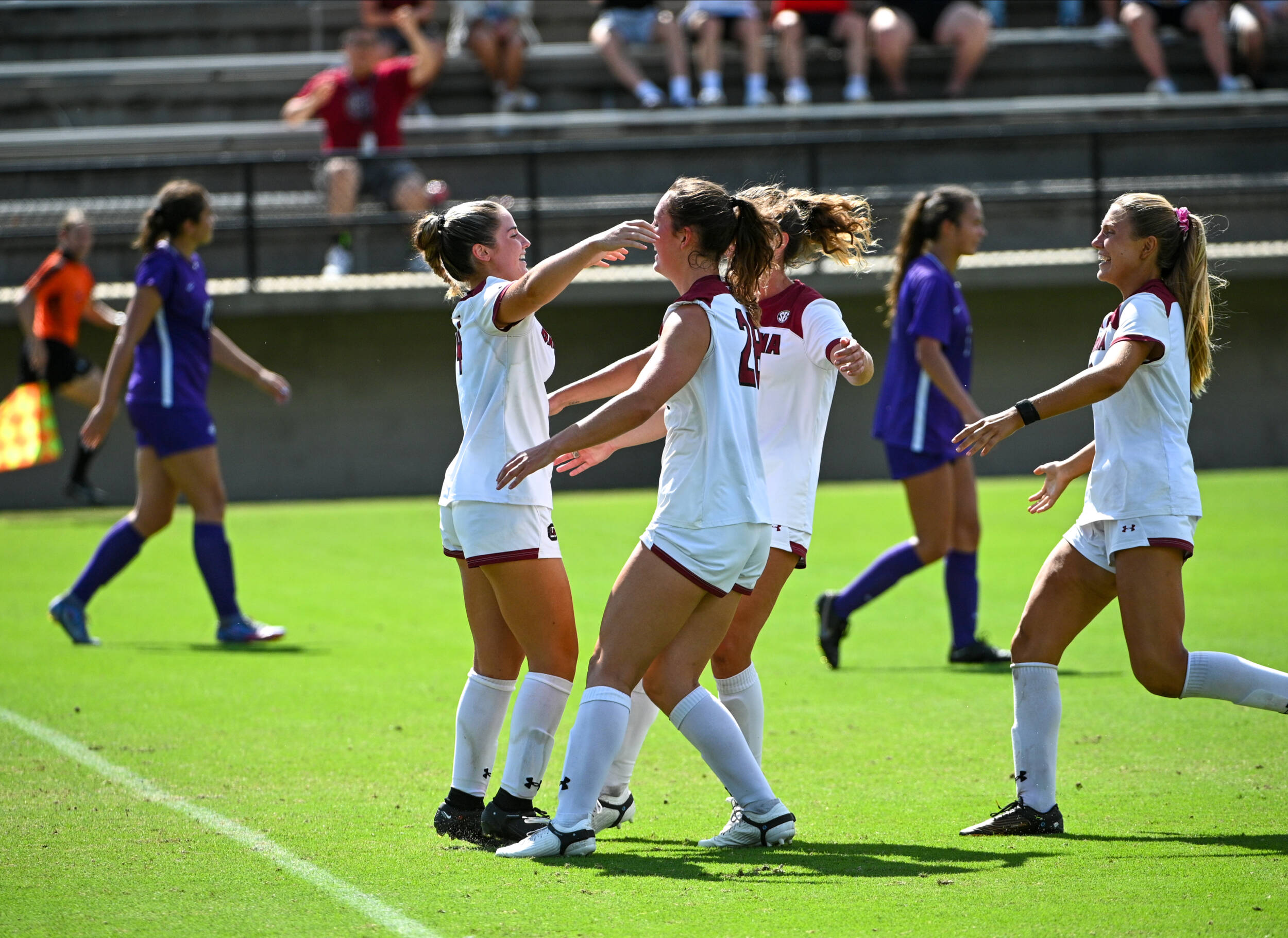 COLUMBIA, SC – Women’s soccer will face a pair of ACC foes this week, taking on Virginia Tech on the road Thursday, Sept. 8, and NC State at home on Sunday, Sept. 11.

The Gamecocks head to Blacksburg, VA ranked No. 4 in the nation, most recently tying with in-state rival Clemson 2-2, and defeating Furman 3-0.

On Sunday’s game against the Paladins, 5th year Jyllissa Harris took an opportunity off a header from Cat Barry following a corner kick to punch in South Carolina’s first goal of the game. The goal marked Harris’ first of the season, and the 15th of her career. That places Harris in the top-15 for career scored goals in program history.

Junior Cat Barry followed suit, scoring her second goal of the season and 16th of her career to put the Gamecocks up 2-0. Barry now stands at No. 12 overall in the record books.

Freshman Shae O’Rourke tallied the final goal against the Paladins, her second on the year. O’Rourke currently leads the team in points (7), goals (2, T-1st), and assists (3)

The Hokies (5-0-1) are on a hot streak, most recently defeating Charlotte 3-0 at home on Sunday, Sept 4. The win contributed to their best start since 2019, when they began the season 9-0. Virginia Tech finished the game with a 20-8 shot advantage (five on goal), and goalkeeper Emmalee McCarter recorded five saves on the day.

Thursday’s game will be the second meeting for both teams in program history. The Gamecocks most recently faced the Hokies on Sept. 12, 2021, falling 0-1.

Fans are encouraged to follow along with in-game updates on Twitter, @gamecockswsoccer. The game will be live streamed on ACC Network Extra.