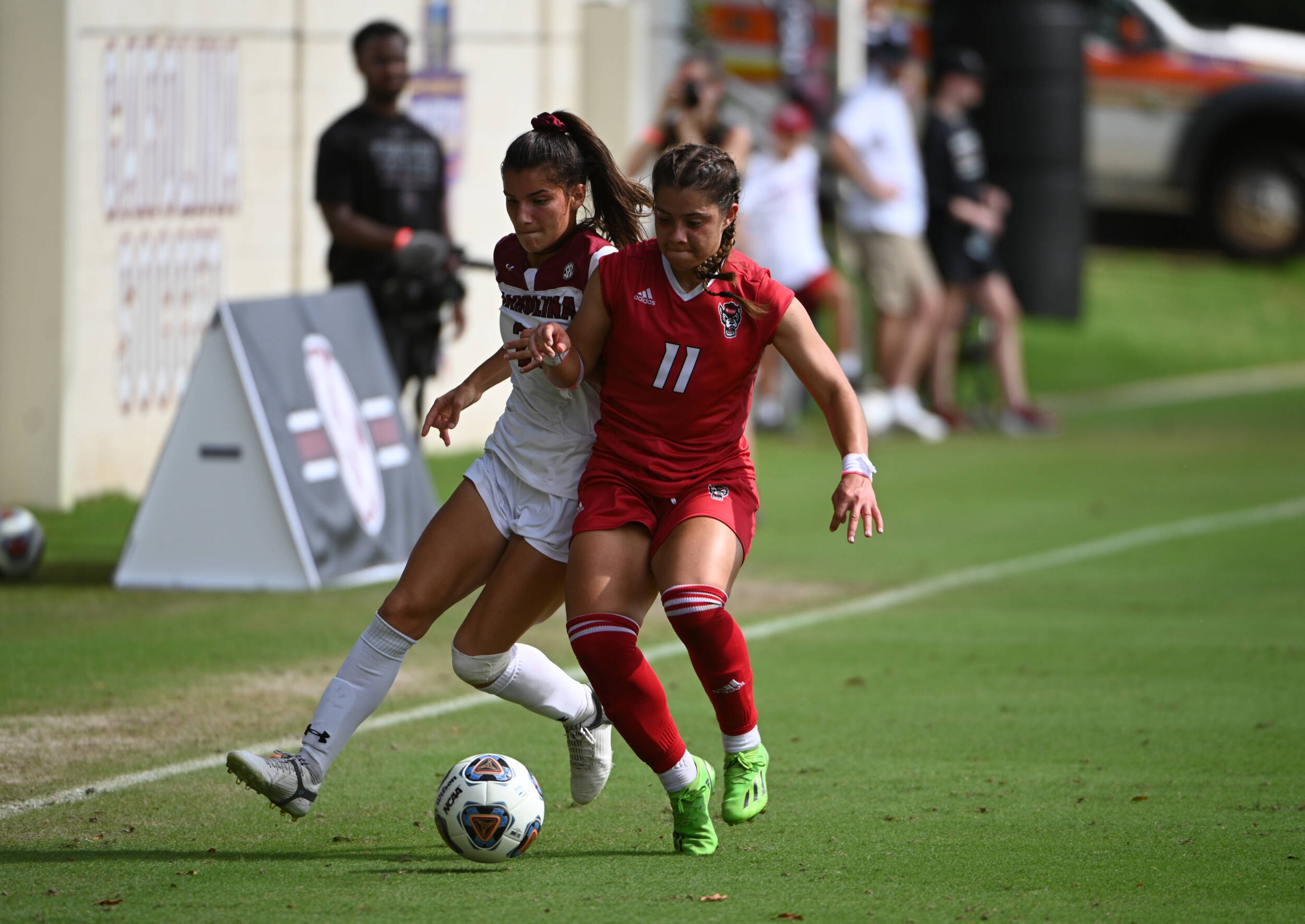 COLUMBIA, SC – The No. 4 Gamecocks (5-0-3) women’s soccer team put up a valiant effort against the NC State Wolfpack on Sunday, but ended the match empty handed with their third draw of the season, 0-0.

South Carolina got up the first shot of the game from junior Catherine Barry in the fourth minute of play, but came out just wide to the left, setting up the first corner for the Gamecocks. Barry would then go on for a second attempt in the ninth minute, hitting just off course to the left once more.

The Gamecocks would see three more attempts (one on goal) and two more corners until a yellow card was handed out to freshman Micah Bryant in the 37th minute, her first of the season. NC State followed suit just two minutes later after a foul and a card was issued to Mia Vaughn. The Wolfpack put up one shot in the half, followed by a final attempt in the first period by Gamecocks’ 5th year Claire Griffiths, but both teams headed into the locker room at 0-0.

The second half saw most of the action from South Carolina, with the Gamecocks putting up two shots in the first two minutes (both by Barry), until the third card of the match was given to Griffiths. In the 55th minute, an absolute heart stopper of an attempt from Lily Render almost put the Gamecocks on top until it bounced off the crossbar.

South Carolina took nine shots in the second period, with one on goal, but could not capitalize. NC State doubled their chances in the last 45 compared to the first with two shots, but a save from senior goalkeeper Heather Hinz kept them at bay to finish the game with a draw.

The Gamecocks ended with a 16-3 shot advantage, took seven corners, and had possession of the ball 60% of the time.