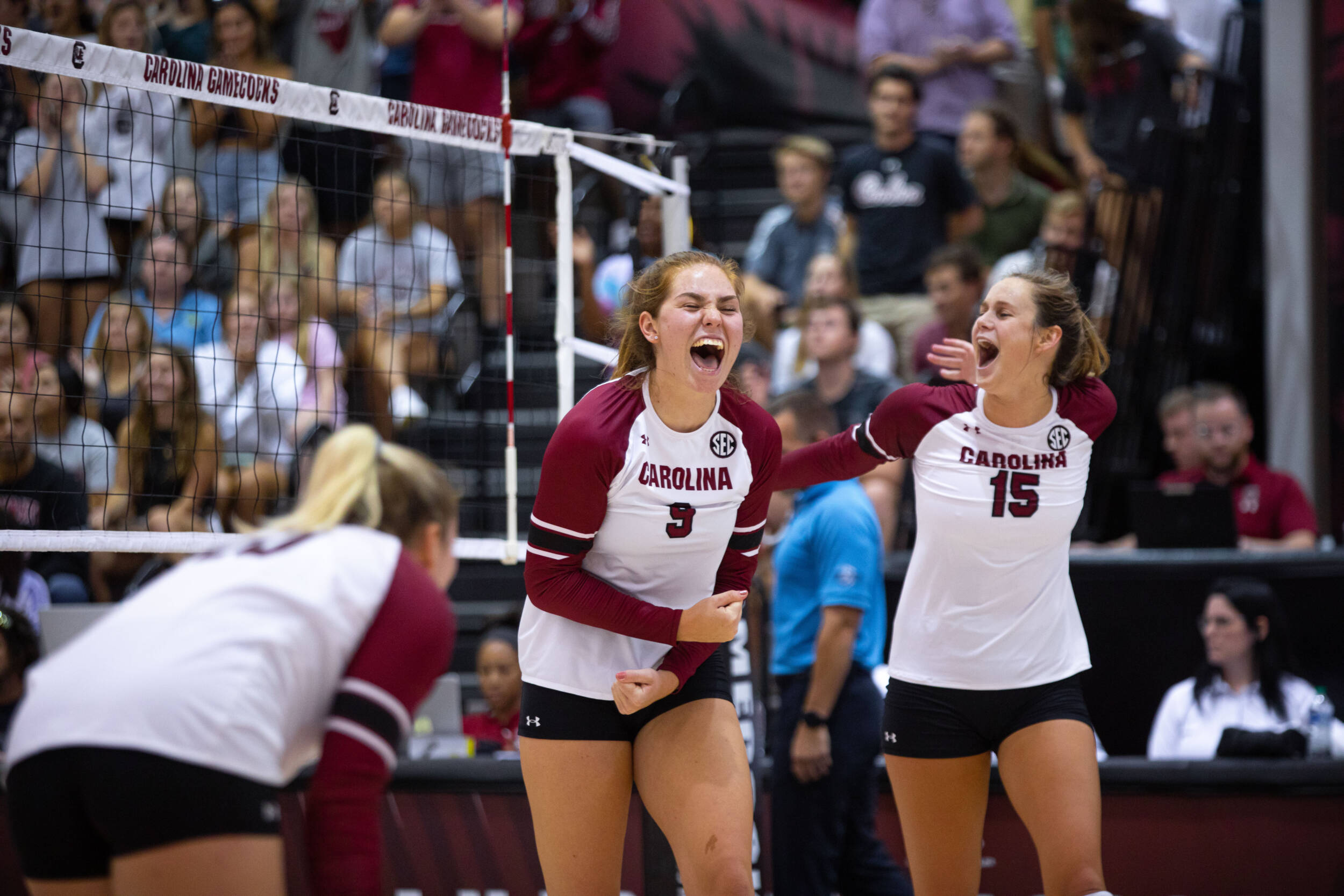 Ruprich Collects Defensive Player of the Week Honors from the SEC

COLUMBIA, S.C. – Junior Ellie Ruprich earned SEC Defensive Player of the Week honors on Monday, coming on the heels of a two-game stretch where South Carolina swept a pair of matches with Cincinnati. It is Ruprich’s first defensive player of the week honor from the conference office, she previously was a two-time freshman of the week during the 2020 season.

Ruprich spearheaded a stalwart net defense for South Carolina in its weekend sweep of a series against the Bearcats, Ruprich averaged 2.67 blocks per set and South Carolina as a team held Cincinnati to a weekend hitting percentage of just .165. On Friday night in the opening match-up, Ruprich recorded nine blocks in a 3-0 sweep, with four of the nine blocks coming on solo stuffs. Her nine total blocks match the program’s rally-scoring era record for a three-set match. The total has been reached four times total, three of the four times are by Ruprich. Her four solo blocks ties her with four other Gamecocks for the second most solo blocks in a three-set match in the rally-scoring era.

In the Saturday rematch, she would be equally impressive, adding seven more blocks as South Carolina limited Cincinnati to set scores of 18, 14 and 14. Ruprich reached 40 blocks for the season in just seven matches played and currently leads the SEC and ranks seventh nationally with an average of 1.67 blocks per set. Not to be overshadowed was her weekend as an attacker; Ruprich hit .500 with 13 kills on just 20 swings over the two wins. She ranks second in the SEC and 10th nationally with a hitting percentage of .447 so far in 2022.

Next up, the Gamecocks head back out on the road for their final two games of the non-conference seasons. The team travels south to Coral Gables to play against host Miami on Friday, Sept. 16 at 6 p.m. and then have a neutral-court match with Oregon on Saturday at 3 p.m. The Hurricanes were receiving votes and Oregon was ranked No. 18 in the latest national coaches top-25 poll. The match against Miami will air on the ACCNX.