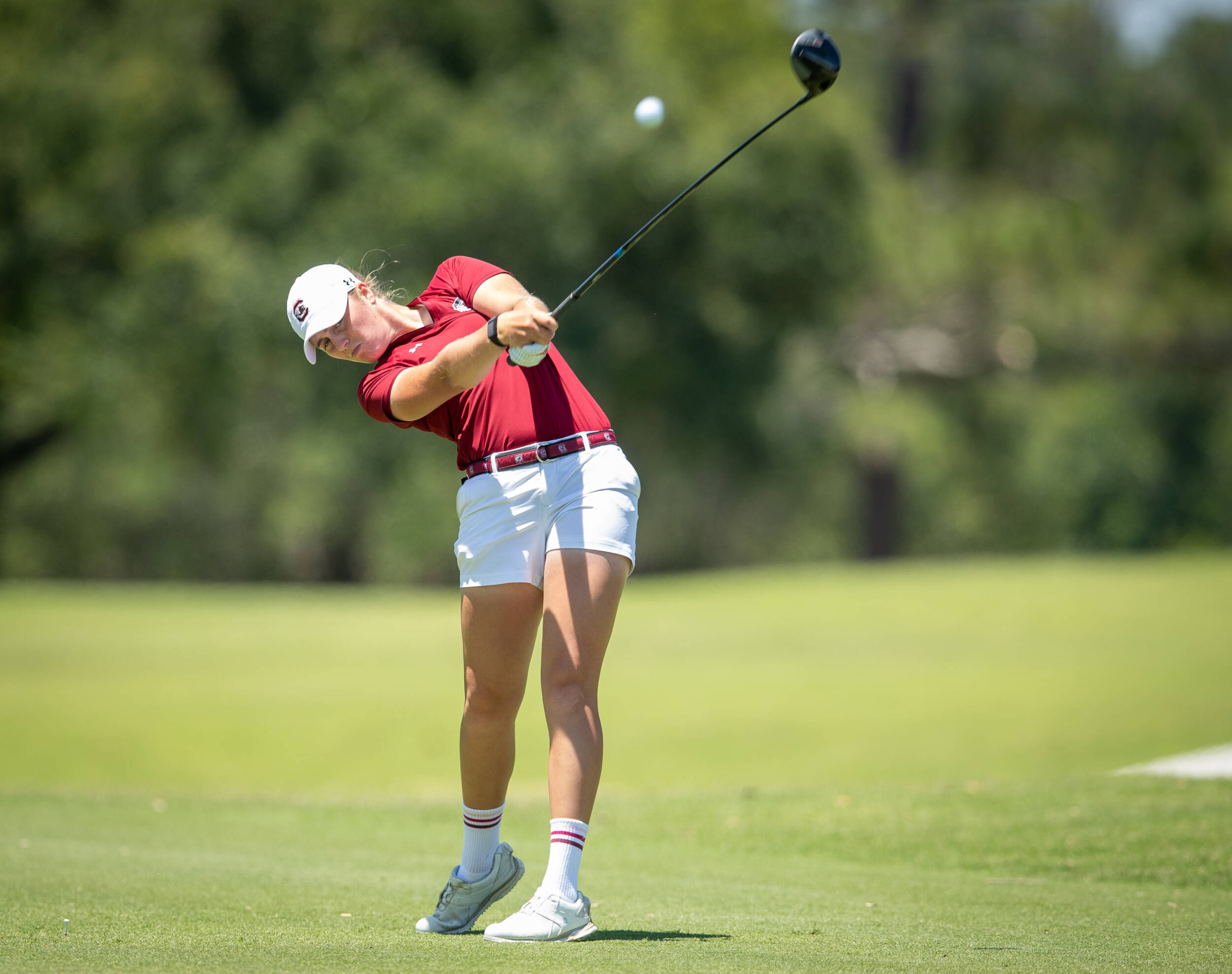 Darling, Claisse Lead Gamecocks in Round Two at ANNIKA

LAKE ELMO, Minn. – No. 4 South Carolina went low on Tuesday in round two of the ANNIKA Intercollegiate. The Gamecocks jumped five spots into third on the leaderboard with a 9-under team score of 279.

Sophomore All-American Hannah Darling matched her career-best score with a 66 (-6) as she climbed 13 spots to move into a tie for second at 5-under (139) through 36 holes. Darling shot 66 twice last year at the same tournament when she earned runner-up medalist honors in her collegiate debut.

Senior Mathilde Claisse also played lights out on Tuesday with a career-best score of 67 (-5). She is T-2nd alongside Darling and Wake Forest’s Lauren Walsh at 5-under overall for the tournament. Virginia’s Amanda Sambach remains in the individual lead at 11-under. She shot 68 (-4) today after opening with a bogey free 65 (-7) on Monday.

Darling and Claisse each poured in seven birdies in the second round.

Freshman Mia Sandtorv Lussand and graduate transfer Katherine Muzi were the final counting scores for the Gamecocks. Sandtorv Lussand sits just outside the top-20 at 2-over after carding an even par 72 in round two. Muzi shot 74 (+2) and rallied late with closing birdies at holes eight and nine. Carolina started on the back nine this morning. Both players are making their Gamecock debuts this week. Senior Justine Fournand shot 75 (+3).

Carolina, the defending champions at the event, will need another good day on Wednesday as No. 10 Virginia remains in the lead by seven shots. The Gamecocks will be paired with the Cavaliers and No. 2 Wake Forest for the final round. Fournand will lead things off at 9:50 a.m. (ET) on hole one for Carolina.