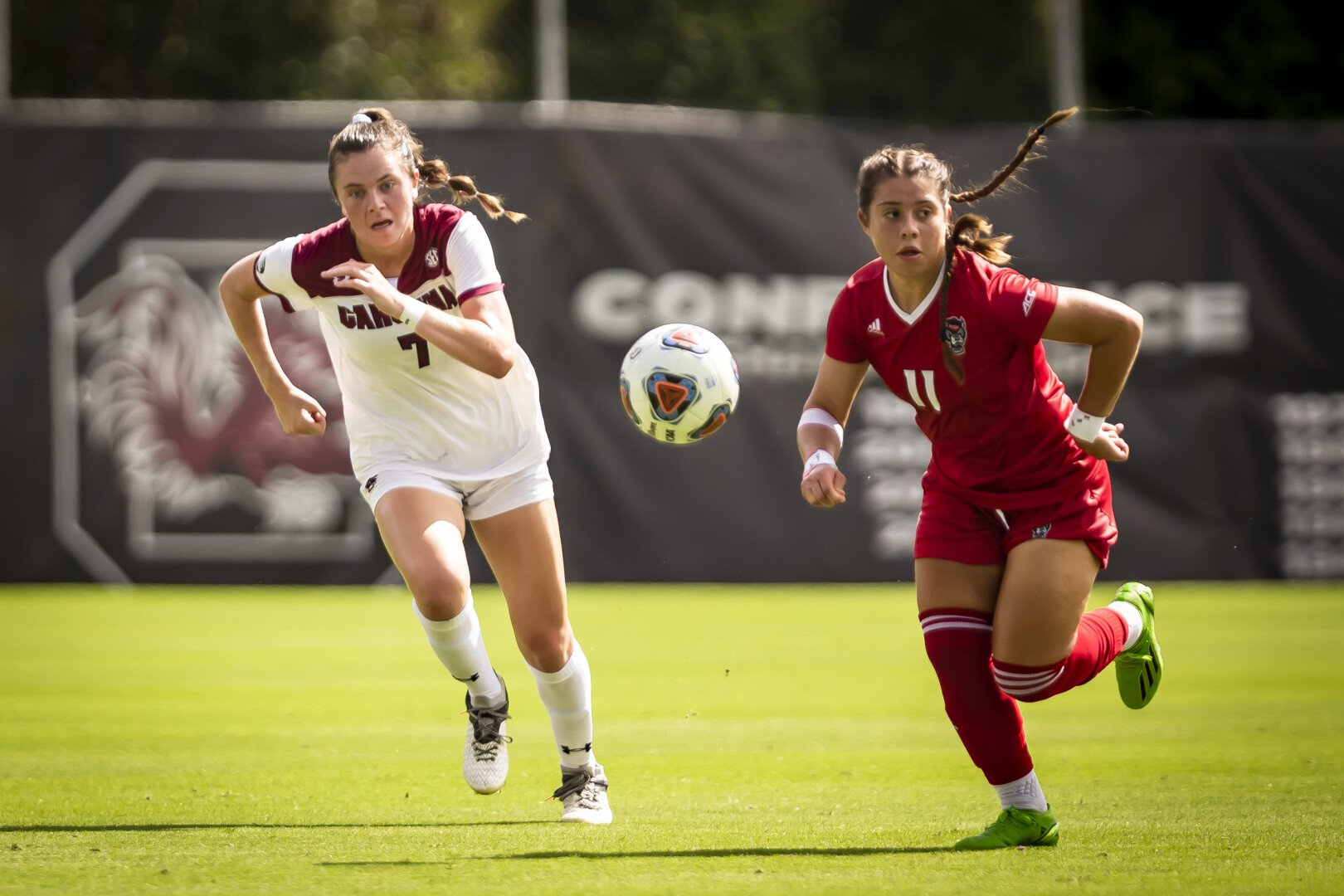 No. 5 Women's Soccer to Open Conference Play at No. 11 Alabama

COLUMBIA, SC – South Carolina women’s soccer remains within the top-five programs in the country, according to new weekly rankings by the United Soccer Coaches Poll. The No. 5 Gamecocks will get ready to head to Tuscaloosa to take on No. 11 Alabama (6-1-1) to open up SEC play on Thursday, Sept. 15 at 7:00 p.m. EST.

South Carolina most recently tied 0-0 with NC State on Sunday, Sept. 11. The tie marked the third of the year, and the Gamecocks rounded out non-conference play 5-0-3.

The second half saw most of the action from South Carolina, with the Gamecocks putting up two shots in the first two minutes (both by Catherine Barry). In the 55th minute, an absolute heart stopper of an attempt from Lily Render almost put the Gamecocks on top until it bounced off the crossbar.

South Carolina took nine shots in the second period, with one on goal, but could not capitalize. NC State doubled their chances in the last 45 compared to the first with two shots, but a save from senior goalkeeper Heather Hinz kept them at bay to finish the game with a draw.

The Gamecocks ended with a 16-3 shot advantage, took seven corners, and had possession of the ball 60% of the time.

Thursday’s meeting against the Tide will be the 21st in program history, with South Carolina leading the series at 16-3-1. The Gamecocks won the most recent matchup 4-0 on October 24, 2021.

The Crimson Tide most recently defeated North Alabama 3-0 for their sixth win of the season. All three goals were scored by three different players (Riley Mattingly Parker, Felicia Knox, Reyna Reyes), and Alabama finished the game with a 29-3 shot advantage (10 on goal) and 10 corners.