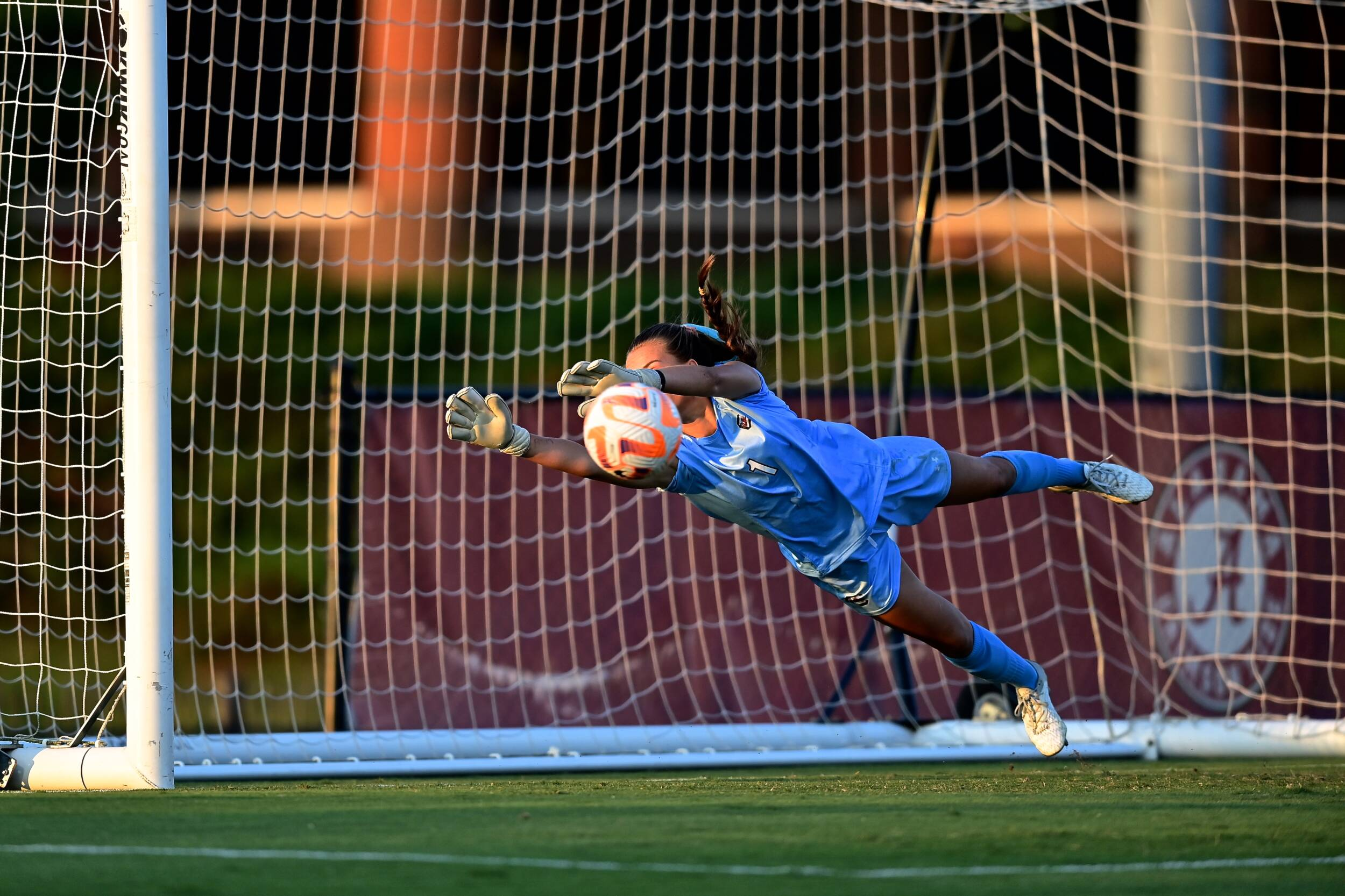 No. 5 Women's Soccer Falls For First Time This Season

TUSCALOOSA, AL – The No. 5 South Carolina women’s soccer team (5-1-3) fell to No. 11 Alabama to open up SEC conference play on Thursday. The loss marks the first for South Carolina this season.

The first half saw a possession battle between South Carolina and Alabama, with the ball seeing both sides of the field. Alabama was the first to get up a shot, coming out too high over the top. The Tide would go on to make three more attempts (two on goal), but senior goalkeeper Heather Hinz was able to save half of them to send both teams to the locker room at 0-0.

Within the first two minutes of the second half, Catherine Barry and Corinna Zullo doubled the total shots for South Carolina, but the first was saved by Alabama goalkeeper McKinley Crone, and the latter came off just inches to the right of the post.

In the 54th minute of play, Alabama opened up the scoring after the Tide’s Felicia Knox got a shot past Hinz towards the center of the net to put them up 1-0 on the Gamecocks. Alabama followed through on a free kick less than five minutes later with Riley Mattingly Parker scoring off a header to take extend the lead 2-0.

South Carolina would put up four more shots (two on goal) throughout the rest of the half, but come up empty handed.

The Tide finished with a 20-6 shot advantage (seven on goal), and five corners. Hinz came away with four saves. Seven yellow cards were handed out between both teams (five to the Tide), including one to Alabama head coach Wes Hart.

The Gamecocks will remain on the road to face the Georgia Bulldogs on Sept. 22 at 7:00 p.m.