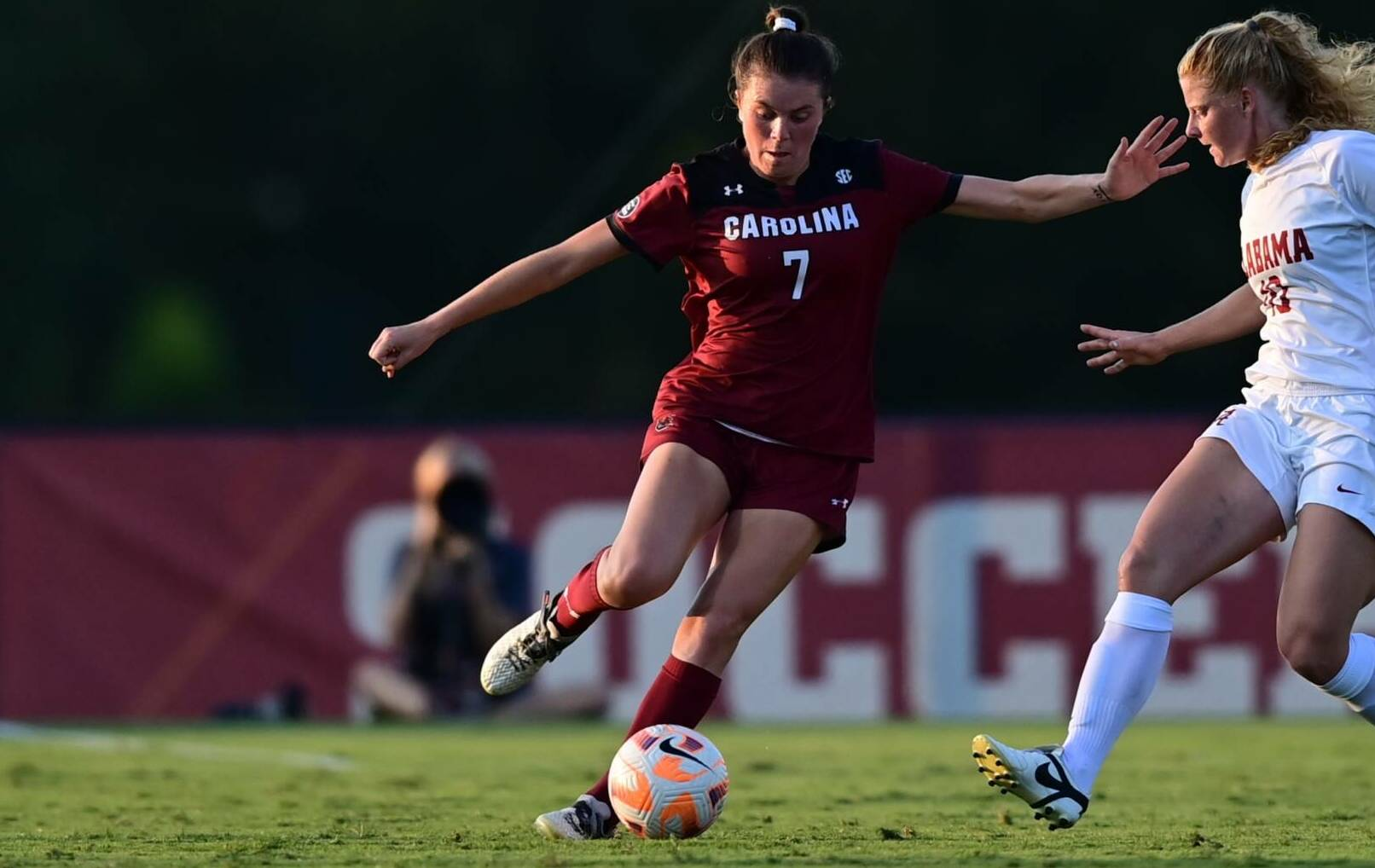 No. 8 Women's Soccer Takes Down Georgia in 81st Minute

ATHENS, GA – The No. 8 ranked women’s soccer team powered through 81 minutes of a scoreless game, until the first and only goal of the evening put the Gamecocks on top 1-0 to take the victory over Georgia. The win marked the first in conference play for South Carolina this season.

The first half was a possession battle between the Gamecocks and Bulldogs, with the first shot of the game coming in the 6th minute from junior Catherine Barry.

The Bulldogs put up their first shot of the game 13 minutes later, but the attempt was blocked by South Carolina. Georgia would return the favor in the 20th minute, blocking a second shot from Barry. Putting on the boosters, Georgia gave themselves three more chances in the span of five minutes, all off target.

The Gamecocks made the effort coming close two more times in the first half, but were unable to get points up on the board before 45 minutes was up. The teams headed into the locker room 0-0.

Barry got things started for South Carolina in the second half, taking her third shot of the day in the 51st minute off a corner kick but came off wide to the left. In the 56th minute, sophomore Payton Patrick got the ball to the back of the net but a proceeding handball call took the point off the board to keep things at 0-0.

After a quiet 20 minutes, Patrick managed to find the net once more in the 81st minute after a serve from Barry to put the Gamecocks up 1-0 with less than 10 minutes remaining in the game. The goal marked the first for Patrick this season.

South Carolina finished the game with a 13-11 shot advantage, and took six corners on the night. Barry ended with five shots, and senior goalkeeper Heather Hinz recorded one save.

The Gamecocks will return home to Columbia to take on Arkansas on Sunday, Sept. 25 at 2:00 p.m. in Stone Stadium.