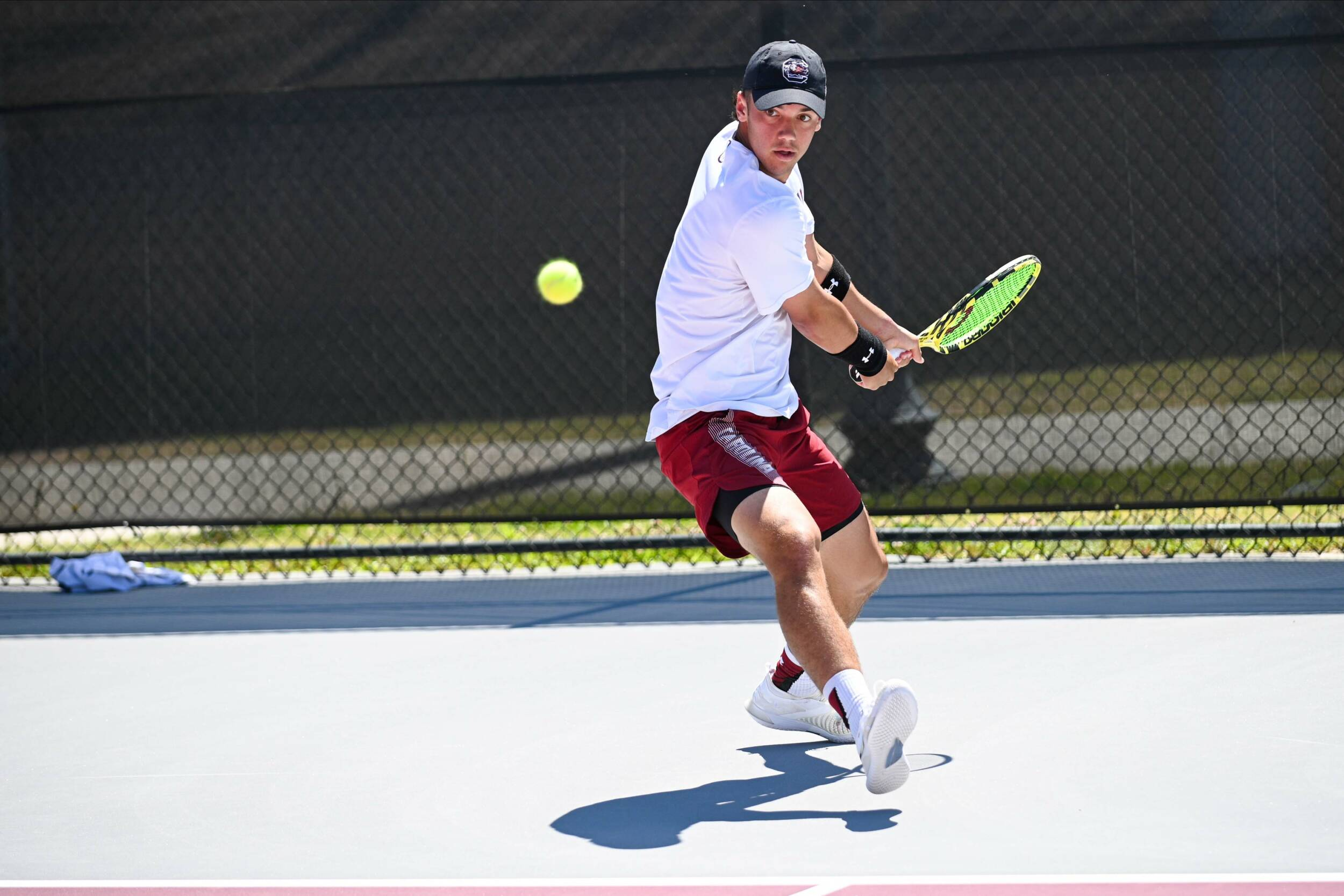 Men’s Tennis Off to Strong Start at Commodore Invitational

The Gamecocks started the day in doubles with the most notable win coming from sophomore Casey Hoole and junior Carter Morgan in their first doubles match together. The unranked duo earned a dominant upset over No. 58 Baptiste Anselmo and Mark Mandlik of Oklahoma, taking them down 8-1 in the Green Draw.

In singles, Samuel took down Anselmo in straight sets, 6-1, 6-2, to advance in Flight A. Thomson also advanced in his flight by straight sets, defeating Raul Dobai of Auburn 6-3, 6-3.

The Gamecocks had a strong showing in Flight C with three wins. Morgan took down Gordon Whitwell of Ole Miss 7-5, 7-5 while Hoole defeated Rohan Sachdev of Georgia Tech with a comeback win. After dropping the first set 4-6, Hoole went on to take the next two sets 6-1 and 6-4.

The Commodore Invitational will continue tomorrow with one round of doubles followed by one round of singles beginning at 10 a.m. ET.

Flight A Round of 16

Flight B Round of 16

Flight C Round of 16