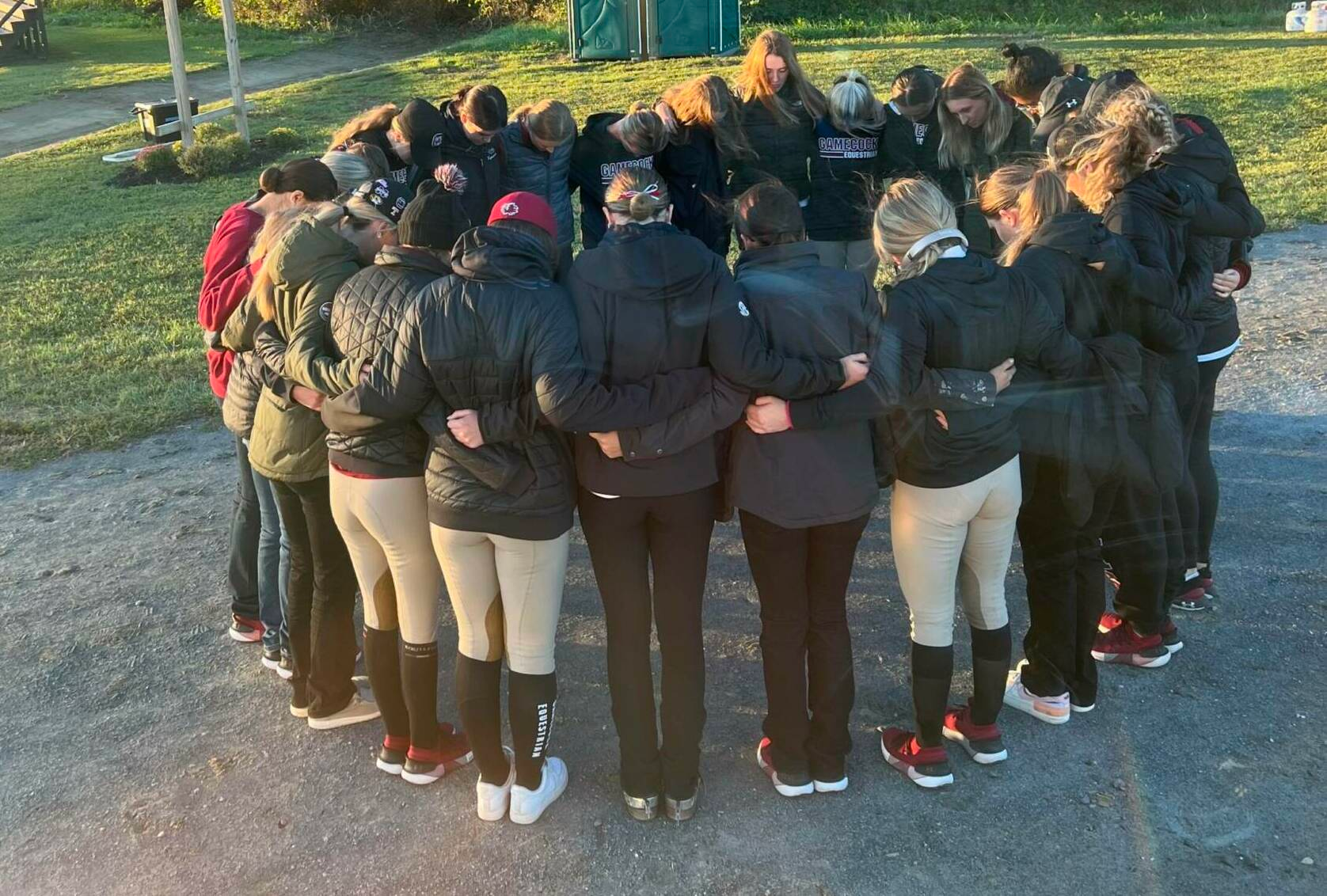 FELTON, DE – The No. 10 ranked Gamecocks swept their season opener on Friday, taking down Delaware State 14-6, and Minnesota Crookston 13-3.  South Carolina opens the year undefeated in their first two meets for the first time since the 2015-16 season. Six Gamecocks received Most Outstanding Performer (MOP) honors on the day, taking home seven of the eight possible.

“We had a productive day today,” head coach Boo Major said.  “It’s always hard to stay focused when you are trying to complete two meets in one day, but our girls rose to the occasion.  They have worked so hard since the beginning of the year and it paid off for them today.”

Natalie Jayne’s 80 took down Olivia Brown on Finnegan, while Trinity Hammerschmidt’s 80 on Carlus defeated Megan Pratt. Maya Clarkson reigned supreme over Grace Mangrum with an 86 on Denali, and Emily Giorgio rounded out the scoring with a point for the Gamecocks on Ian with her 73. Clarkson was named MOP for the event.

Schaefer defeated Mangrum on Cappucino, 84-40, while Jordan Allen took down Croston on River, 84-79. Alexa Aureliano then defeated Olivia Brown on Tillie, 77-75 to put the Gamecocks up 3-2 in fences.

Tierney Horton proved victorious over Claire Andrews on Ellie Mae with her 74, while Carly Jenkins defeated Casey Johnson on Baby with her 73.5. Kendalyn Herlocker beat Aniela Cortina on Killian with a 74.5. For her score, Horton was named MOP.

Emma Lane defeated Abbey Craver on Dunnit with a 71 and received MOP honors, while Mary Margaret Coats topped Stacia Brugger on Wally with a 67.5. Emilia Reutimann defeated Estella Estus on Mallory with a 65, and Chloe Stephenson took down Amber Van Segbrook on Jac with a 69.5.

Junior Clarkson and 5th year Hammerschmidt started the Gamecocks off strong against the Golden Eagles, each taking their matchups with an 81 and 82, respectively. Jayne followed suit taking her point with a 74 on Maverick over Josie Mills. Hammerschmidt received the MOP nod.

Kiersten Becker received a 70.5 on Ellie Mae and Alexa Thorpe scored a 71.5 on Brady to put two points on the board for South Carolina, but Minnesota Crookston tied the event up after taking down Herlocker and Jipping. Thorpe was named the MOP.

The No. 10 Gamecocks shutout the Golden Eagles in reining. Claire Pound defeated Belle Sand on Wally with a 68.5, Reutimann’s 69 took down Olivia Becker on Chili, and Chloe Stephenson’s 68 put her on top on Boots. Emma Lane rounded out the event with a 71 on Waldo against Ashley Montague, earning her the MOP nod for reining and her second of the day.

The Gamecocks will head back home to Columbia for their home opener against No. 7 Baylor on Thursday, Sept. 29 at 2:00 p.m. at One Wood Farm.