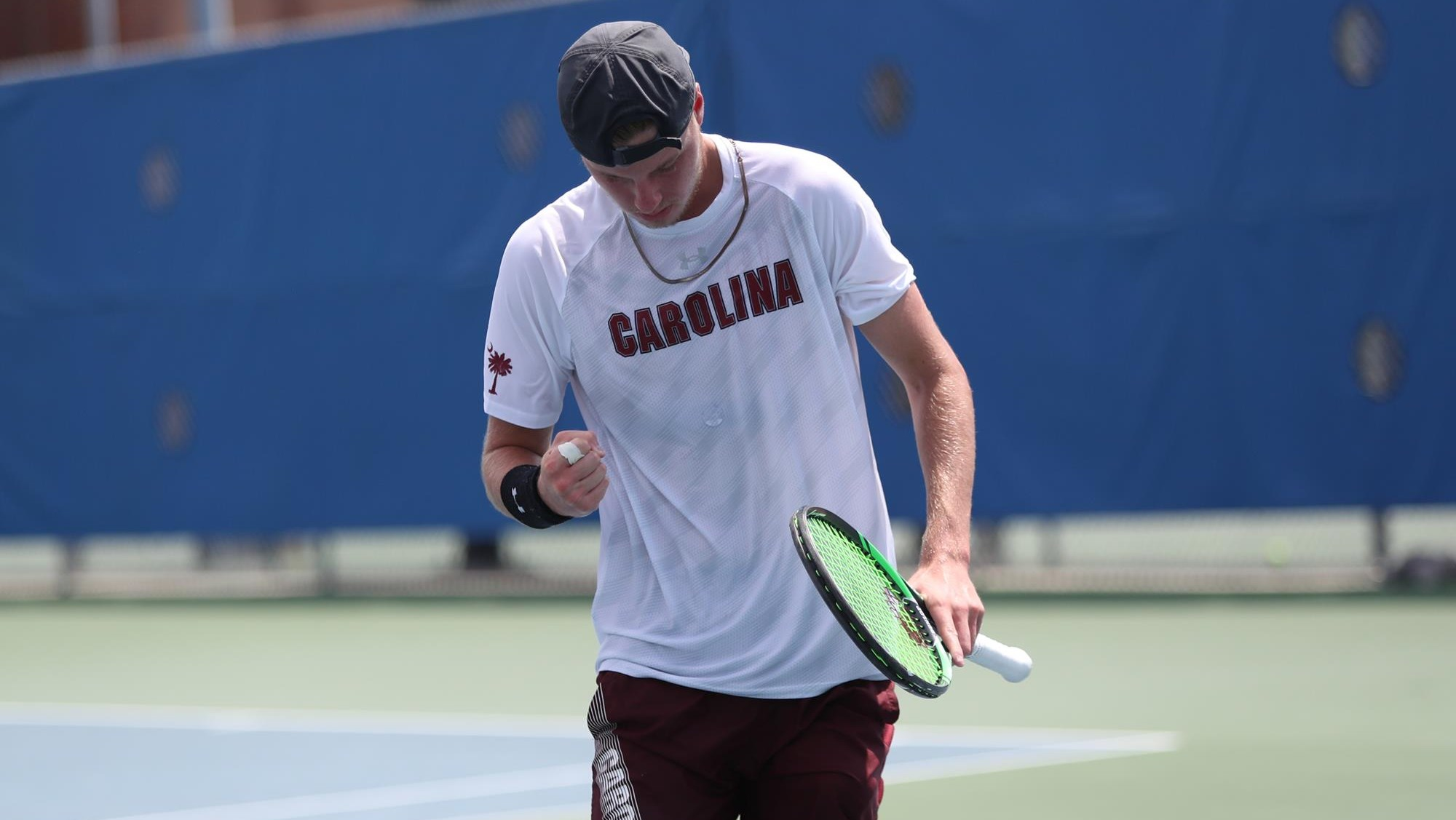 In doubles, duo Jake Beasley and James Story took down Raul Dobai and Finn Murgett of Auburn 7-5 in the Bue Draw semifinals to advance to the title match.

In the Red Draw, No. 37 Toby Samuel and Connor Thomson took down Lukas Greif and Nate Bonetto of Florida with a dominant 6-0 performance to advance to their draw’s title match.

In singles play, No. 37 Samuel was unstoppable, taking down Nic Meister of Illinois and Grant William of Florida, both in straight sets to advance to the Flight A title match. Samuel will take on No. 98 Siem Woldeab of Texas in the championships.

No. T-89 Thomson advanced through his flight’s quarterfinals with a straight-sets win over Vanderbilt’s Nathan Cox. In the semifinals, the Gamecock upset No. 34 Axel Nefve of Floida in a three-set comeback win. The junior dropped the first set 2-6 but went on to take the next two sets 6-4 and 6-3. He will take on No. 92 Mark Mandlik of Oklahoma in tomorrow’s flight title match.

Junior James Story and sophomore Casey Hoole each also tallied a singles match win on the day. Story took down Jorge Plans Gonzalez of rival Clemson in straight sets while Hoole earned his win over teammate Carter Morgan in a three-set comeback.

The Commodore Invitational will conclude tomorrow with one round of doubles followed by one round of singles beginning at 9 a.m. ET.