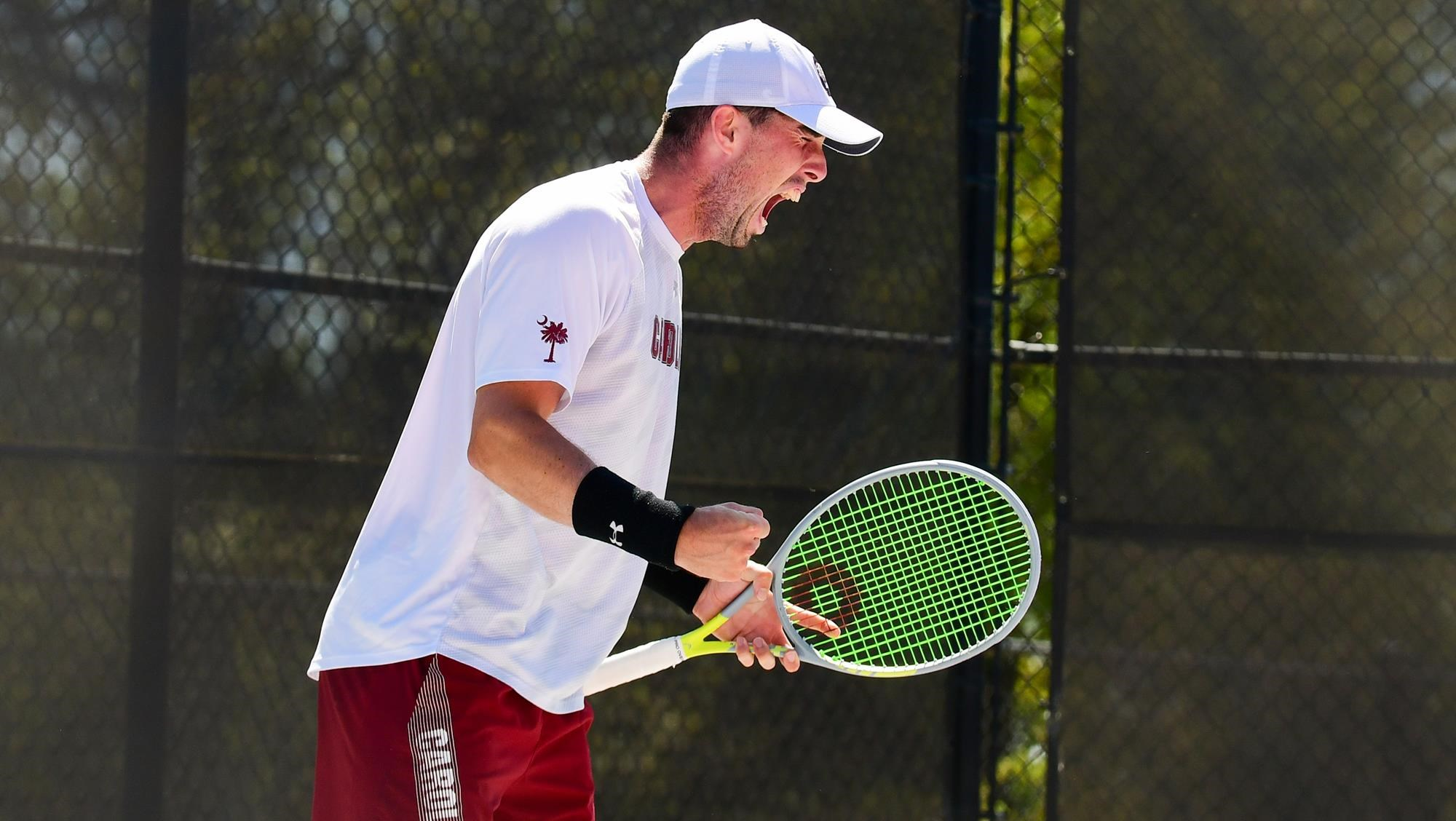 The duo earned the Red Draw title after Andres Martin and Rohan Sachev of Georgia Tech withdrew from the title match.

In singles, Samuel claimed the Flight A title while Thomson claimed Flight B. Samuel dropped only one set on his run through the bracket and Thomson had a similar journey, dropping only one set in the semifinal round.

South Carolina men’s tennis will be in action next at the ITA All-American Championships in Tulsa, Okla., Oct. 1-9. Samuel will enter the tournament in the main draw, Thomson in qualifying, and the rest of the squad will battle through prequalifying rounds. Samuel and Thomson will enter doubles in the main draw while James Story and Jake Beasley will enter as qualifying alternates.