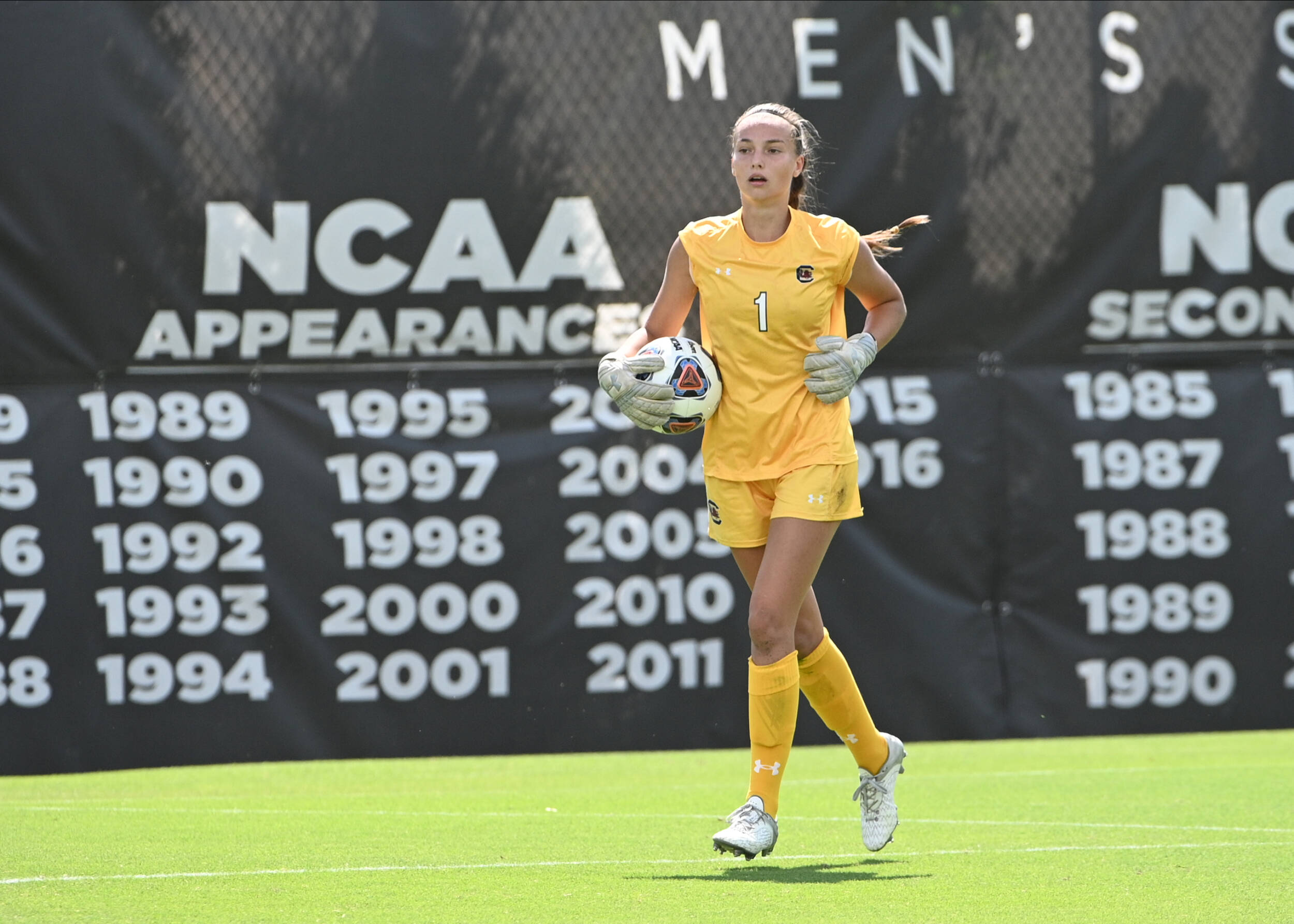 Women's Soccer Falls to No. 20 Arkansas

COLUMBIA, SC – The No. 8 South Carolina women’s soccer team (6-2-3) fell to No. 20 Arkansas on Sunday, 0-1. The loss marks the second of the season, with both losses coming in conference play.

Junior Catherine Barry got things started, taking the first shot of the game 10 minutes in but was met by a save from Arkansas goalkeeper Grace Barbara. 5th year Samantha Chang followed suit less than two minutes later, but came off wide up top.

After three fouls and a yellow card on the Razorbacks, Ava Tankersley was able to find an opening in the back right corner of the net to put Arkansas up 1-0 on the Gamecocks in the 32nd minute of play.

Corinna Zullo put up another chance for South Carolina, but it was saved once more by Barbara.

Despite putting up five more shots in the second half and ending the game with an 8-5 advantage, the Gamecocks were unable to bounce back.

South Carolina will stay at home to take on Florida, Friday Sept. 30 at 7:00 p.m. in Stone Stadium.