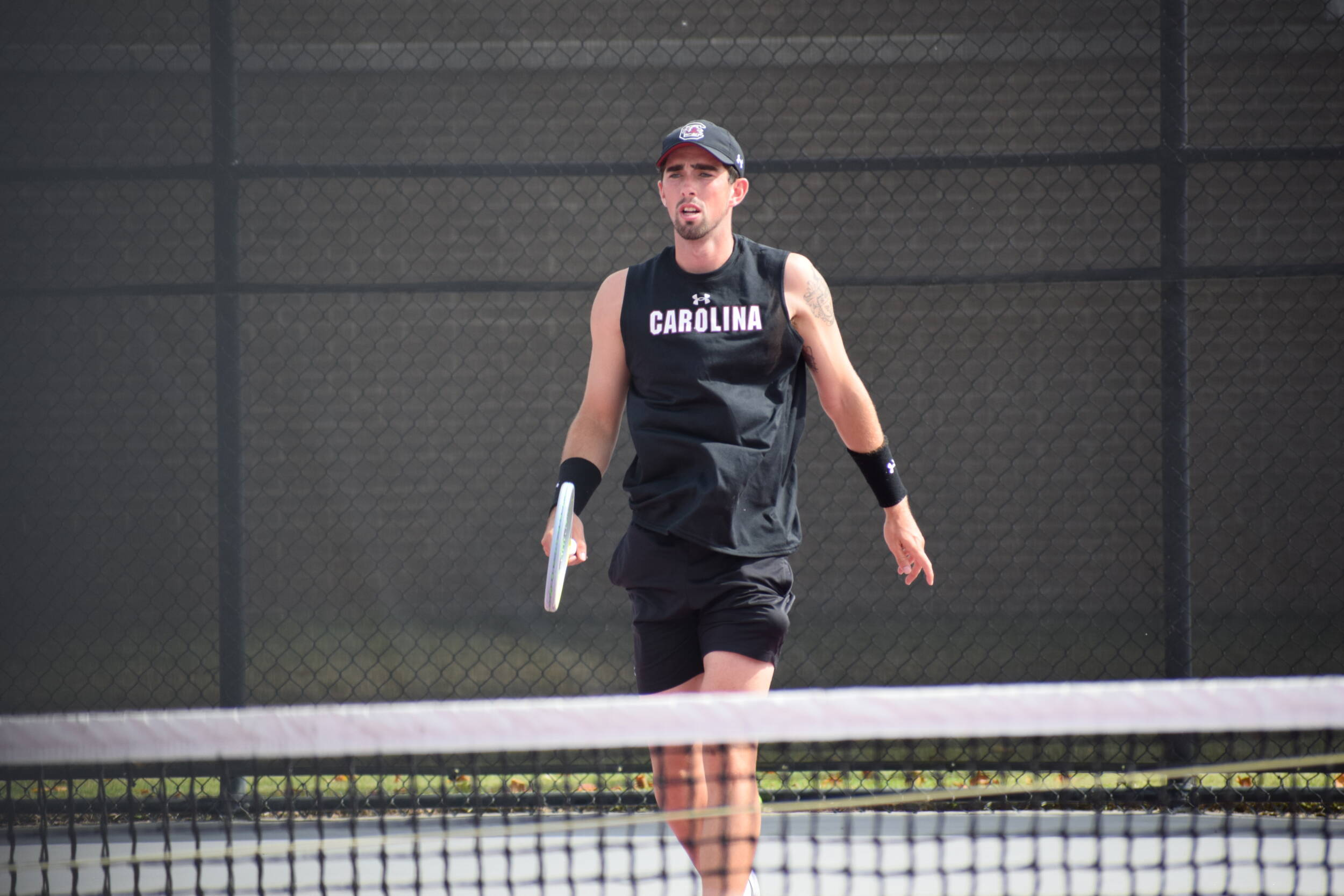 Tulsa, Okla.  – South Carolina men’s tennis bowed out of qualifying rounds at the ITA All-American Championships on the first of competition with both their singles and doubles entries falling.

In qualifying doubles, Jake Beasley and James Story accepted a spot in the draw after waiting on the alternate list. The duo took on Jack Barnett and Wally Thayne of BYU in the first round in a three-set thriller. The Gamecock pair dropped a close first set in a 7-5 tiebreaker but went on to even the match with a 6-3 second set. The final set was played at as ten-point tiebreaker that the Gamecocks dominated, winning it 10-2 to take the match and advance.

In the second round of qualifying doubles, Beasley and Story faced off against No. 32 Murphy Cassone and Jacob Bullard of Arizona State. The Sun Devil pair took the first set 6-4 and were on their way to closing the match in two sets, but the Gamecocks forced a tiebreaker. Beasley and Story were strong in the tiebreaker, winning it 7-2 to even the match and force a third set. The Gamecock pair had a close battle in the third set tiebreaker but ultimately dropped it 11-9 to conclude their time at the competition.

In singles, No. T-89 Connor Thomson was bested by No. 104 Noah Berry of Cal Poly in straight sets in the first round of qualifying. He will play one consolation match tomorrow against Virginia Tech’s Jordan Chrysostom at 10 a.m. ET.

Thomson will continue competition at the All-American Championships on Wednesday in the main draw of doubles with sophomore Toby Samuel. Samuel will also begin his journey in the singles bracket on Wednesday after earning and automatic bid into the main draw.