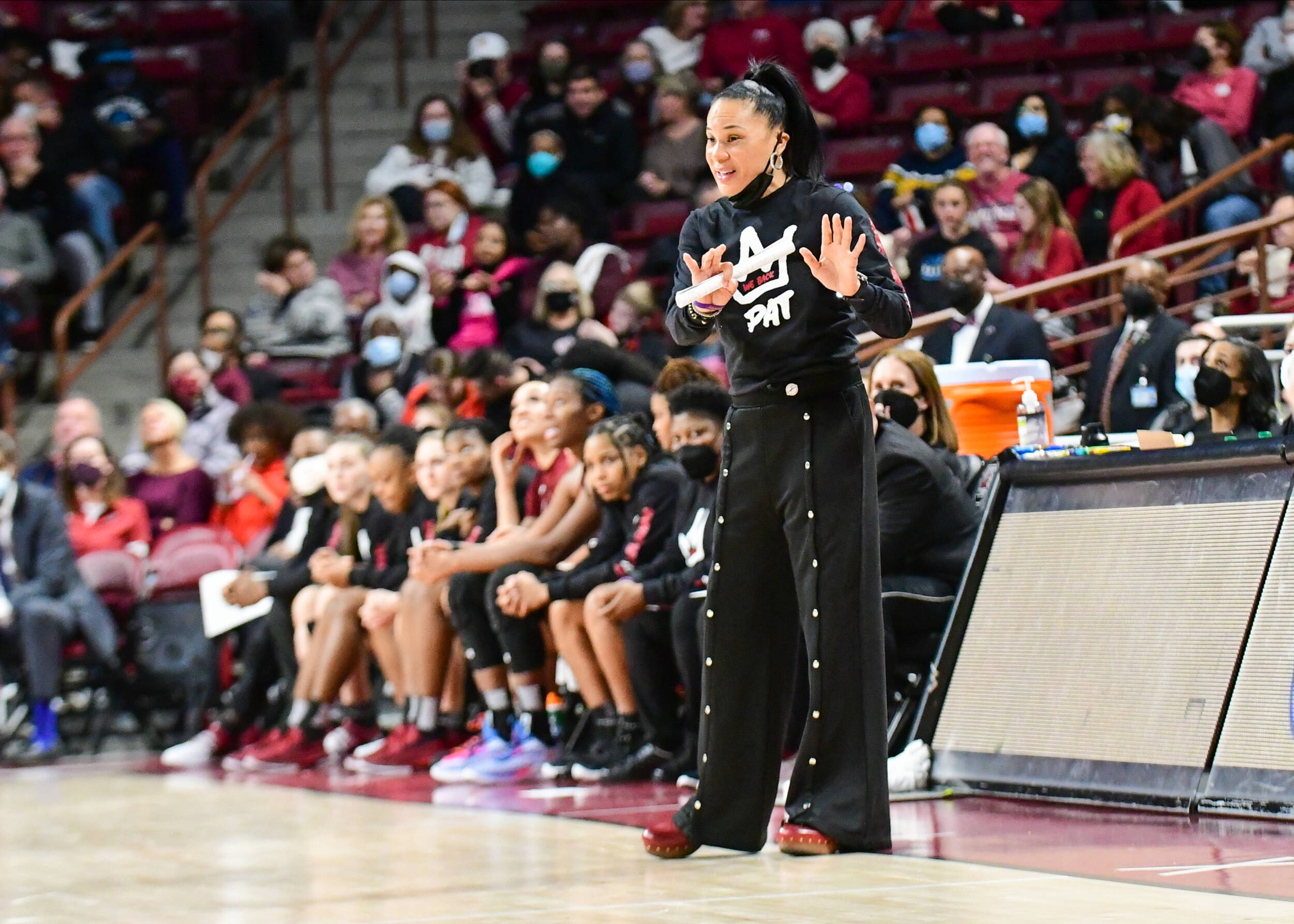 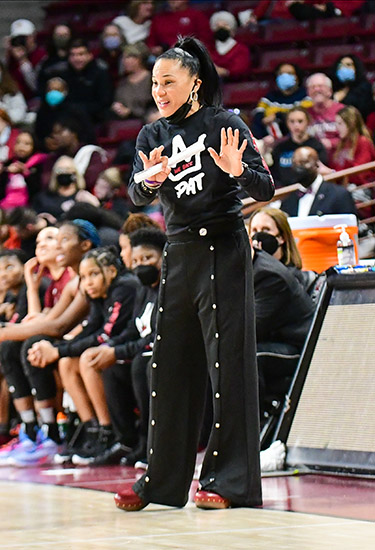 COLUMBIA, S.C. – South Carolina women’s basketball head coach Dawn Staley will receive the John R. Wooden Award “Legends of Coaching” honor in 2023, the Los Angeles Athletic Club announced today. Honorees are selected each year based on character, success on the court, graduation rate of student-athletes, coaching philosophy and identification with the goals of the John R. Wooden Award. The award will be presented to Staley along with the 2023 Wooden Award winners on April 7, 2023.

Staley is entering her 23rd as a head coach in 2022-23, having started her career at Temple before taking the reins at South Carolina prior to the 2008-09 season. In the last nine seasons, she has led South Carolina to a pair of National Championships, two other Final Four appearances, six SEC Regular-Season Championships and six SEC Tournament titles. The Gamecocks have been ranked in the AP Top 25 every week since Dec. 10, 2012, and have twice finished the season ranked No. 1 in both the AP and USA Today Coaches Poll – 2020, 2022. Staley has helped the sport of women’s basketball thrive in the heart of the SEC with South Carolina leading the nation in average attendance each of the last eight seasons.

Staley was named head coach of the U.S. Women’s Senior National Team in 2017, leading the U.S. through the 2020 Tokyo Olympics. Under her watch, the group won its seventh-straight Olympic gold medal while also picked p gold at the 2018 FIBA World Cup and the 2019 and 2021FIBA AmeriCup tournaments.

Reigning National Champion South Carolina will host an exhibition game against Benedict on Mon., Oct. 31, prior to officially opening the season on Mon., Nov. 7, against ETSU.