Aliyah Boston Has Done It All, And Now She Wants More

As a college basketball player, South Carolina senior forward Aliyah Boston has done it all. She was the unanimous National Player of the Year last season and led the Gamecocks to their second national championship while also garnering nearly every possible SEC and national accolade along the way. So, what is left for her to do this year?

“Do it all again. Why not?” Boston said with a laugh. “It’s a new year with the same goal.

“Everyone has a goal here of winning another national championship. We have three people on our roster this year who have not been able to have that. It would be great and special for them to have that with us this year. That’s the plan. We’re just going to work hard every time we step on to the floor and make sure we’re doing things off the floor that will get us to where we want to be.”

With four starters returning, there is no doubt a lot will be expected of Boston and the Gamecocks this year but having had the target on her back individually and as a team before, she’s not feeling any pressure.

“There probably is (a target on her back), but I’m just focused on our circle and what we have going on in here,” Boston said.

“For right now, it’s just about building chemistry together so that when we start on November 7, we’re good to go.” 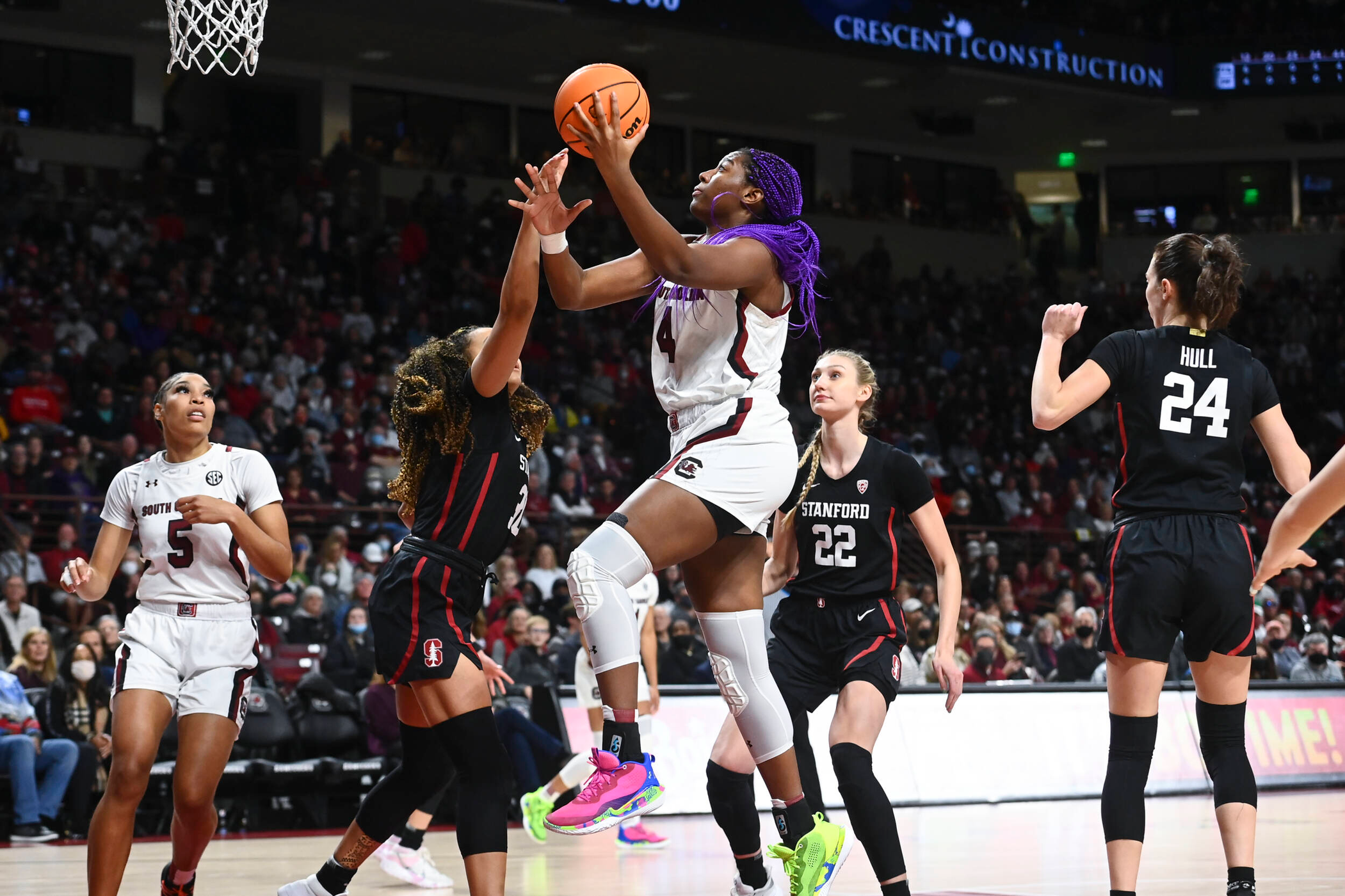 “This year I’m just looking forward to a repeat.”

Boston has made a huge impact on the South Carolina program from day one. She was a second team All-American and the National and SEC Freshman of the Year for the 2019-2020 season while helping the Gamecocks win the SEC Regular-Season and Tournament Championships, and the team was ranked No. 1 in the country when the NCAA Tournament was cancelled due to the pandemic. As a sophomore, she earned first team All-American honors while being named MVP of the SEC Tournament after leading South Carolina to another league title and later, the Final Four. Last year, she was named SEC Player of the Year and for the third straight year, earned SEC Defensive Player of the Year laurels, while also taking home every National Player of the Year award and was the National Defensive Player of the Year as the Gamecocks went wire-to-wire as the nation’s No. 1 team on the way to winning the national championship. Oh, and she was also the Most Outstanding Player of the 2022 Final Four. Phew!

Even with all of that, Boston wants to be better.

“Going into our senior year, it’s like where do we go from here?” Boston said. “We’ve seen a lot of growth from our freshmen. It’s the same thing with the older group as well. It’s fine tuning, making sure we know what Coach wants from us, and just making sure we’re able to share that with the freshmen.

“I definitely think I can improve all around. My outside game, for sure. I definitely want to improve on shooting the three and make sure I’m consistent. Honestly, just finishing around the basket better and making sure I’m a better passer.”

Boston had a chance to test her skills on a different level after being invited to participate in the 2022 USA Basketball Women’s National Team training camp in Las Vegas. The experience gave her a glimpse of what to expect at the next level as she noticed some differences between the professional and international game compared to the college game.

“The physicality,” Boston said. “Playing with the pros, wow! It’s a lot different. The refs don’t blow their whistles as much as they do in the college game, so it’s definitely being prepared for a different level of physicality and maybe being able to show it off this year.”
As she prepares for her senior year, Boston is hoping she has saved the best for last.

“It’s very exciting. Time has gone by so fast. I’m excited for this team. We’ve been putting in a lot of great work over the summer and now starting official practice. This year I’m just looking forward to a repeat.” 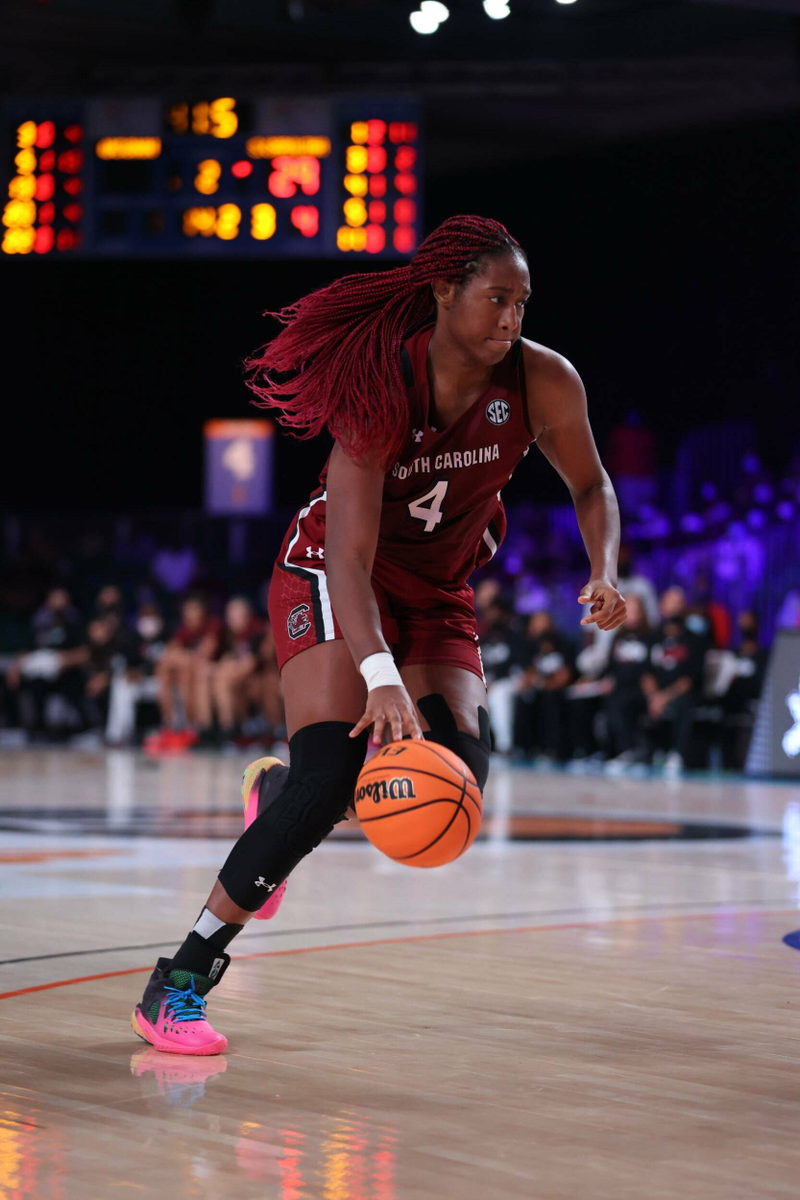 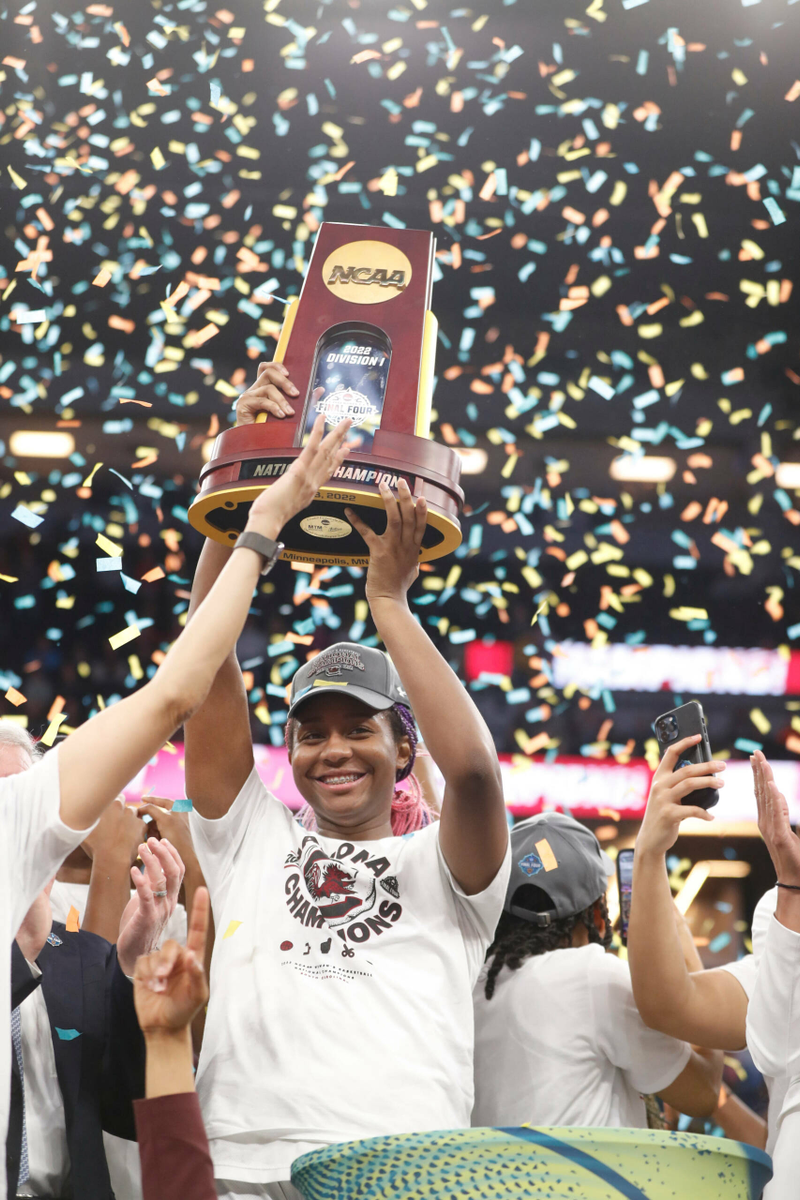 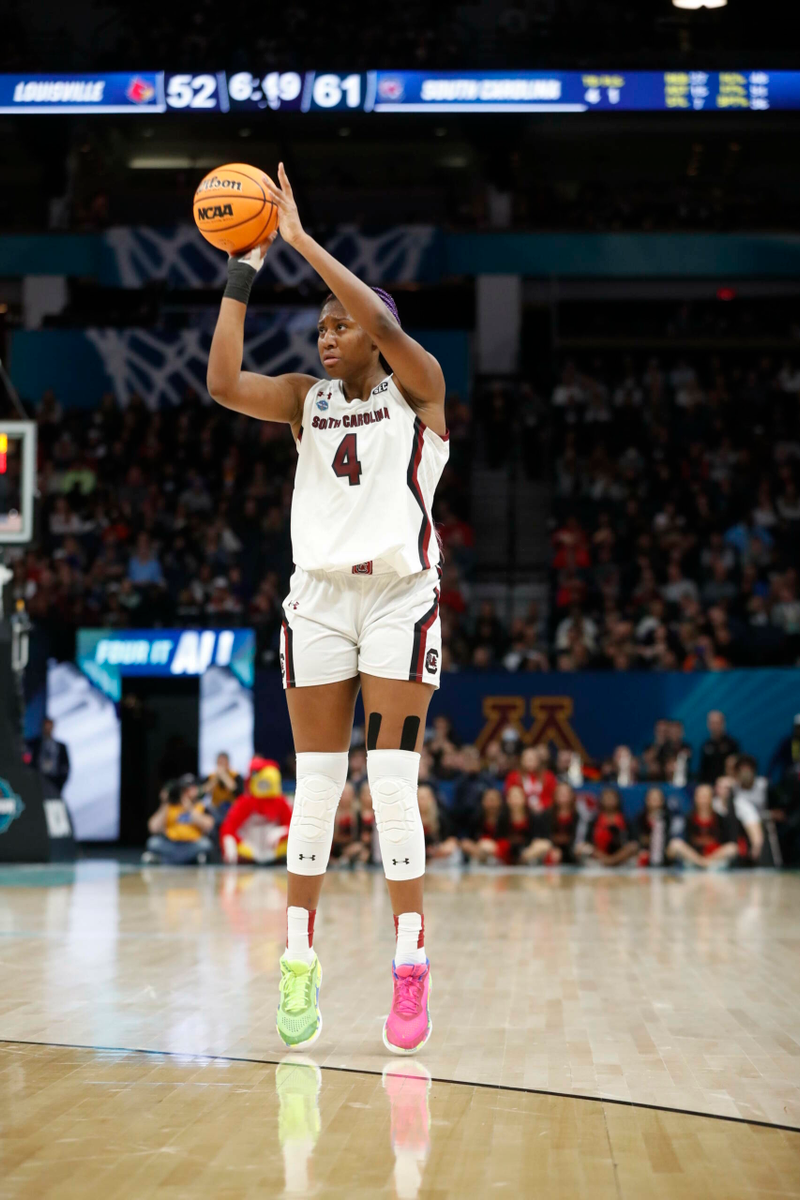