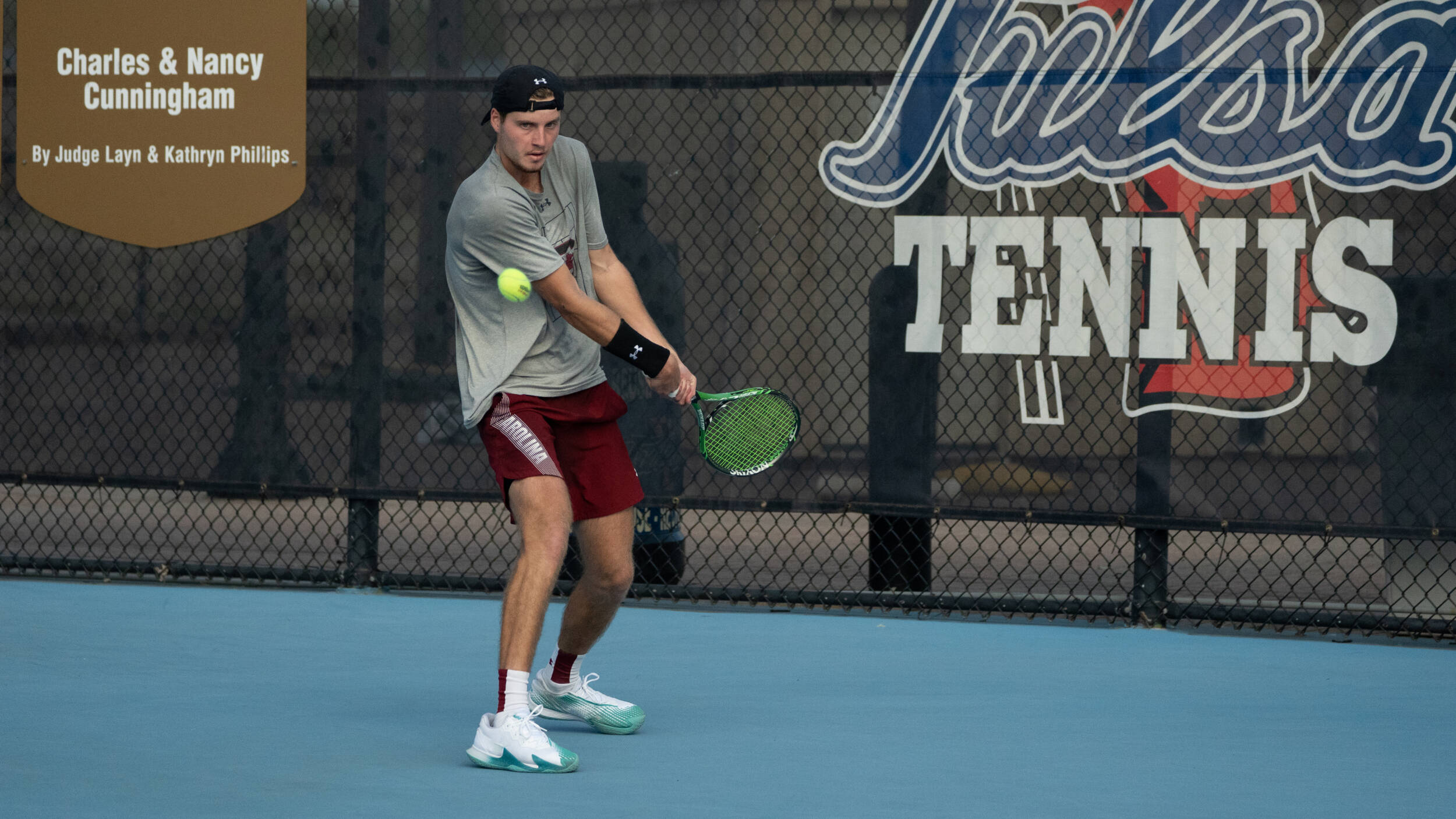 Samuel Upsets No. 8 to Advance at All-American Championships

In singles, No. 37 Samuel took on No. 8 JJ Tracy of Ohio State. Tracy, the tournament’s seventh seed, went toe-to-toe with Samuel in the first set, forcing a tiebreaker for the decision. Samuel was relentless in the tiebreaker, winning it to take the set 7-6(2). With the momentum on his side, Samuel was unstoppable, winning the second set 6-1 to take the match and earn the upset.

Samuel will also play in tomorrow’s doubles Round of 16 after taking down No. 15 Ryan Fishback and Jordan Chrysostom of Virginia Tech with Thomson. The Gamecock pair took the first set 6-4 but the Hokies evened the match with a 6-2 second set win. The third set was played as a ten-point tiebreaker that the Gamecocks ran away with, winning it 10-2 to advance in the draw.

South Carolina’s doubles will play tomorrow against No. 29 Fons Van Sambeek and Martins Rocens of NC State at 4 p.m. ET.

All main draw matches at the ITA All-American Championships will be broadcast on the Cracked Racquets Crosscourt Cast. Live stats and streaming will be provided on TrackTennis.

Main Draw Singles Round of 64

Main Draw Doubles Round of 32