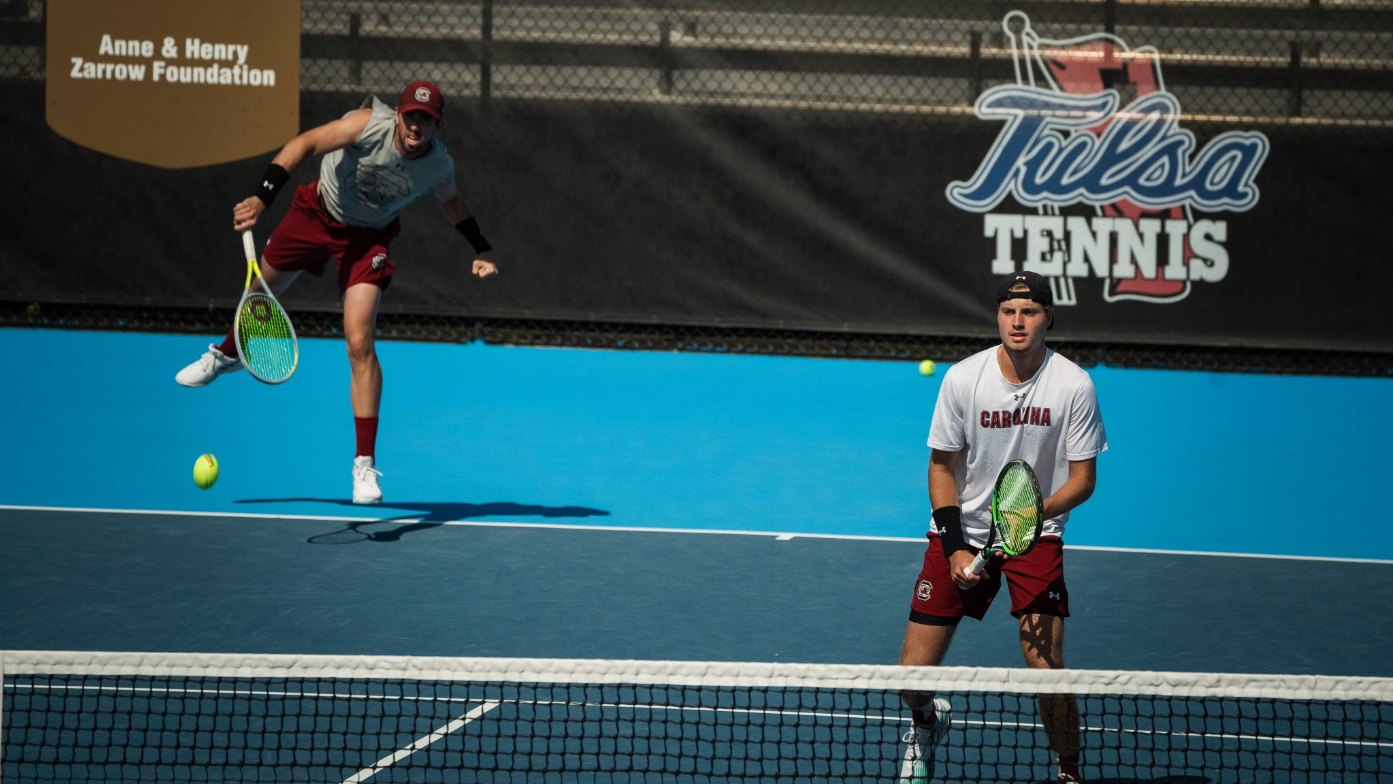 Tulsa, Okla. – South Carolina men’s tennis doubles pair Connor Thomson and Toby Samuel will play for the doubles title at the ITA All-American Championships. Their trip to the title match is the furthest that a Gamecock doubles pair has ever been at the Championships.

No. 37 Samuel and Thomson upset No. 16 Eliot Spizzirri and Cleeve Harper of Texas in straight sets, 6-2, 6-4 in the semifinals to secure their spot in the finals.

The Gamecocks entered the tournament in the main draw and have upset Nos. 15, 16, and 29 en route to the title match. Through four opponents, the Gamecocks have dropped only one set.

In the finals, Samuel and Thomson will take on No. T-26 Brian Cernoch and Ryan Seggerman of North Carolina. The match will begin at 11 a.m. ET.

The All-American Championships finals will broadcast on the Cracked Racquets Crosscourt Cast. Live streaming and scoring will be provided through TrackTennis.