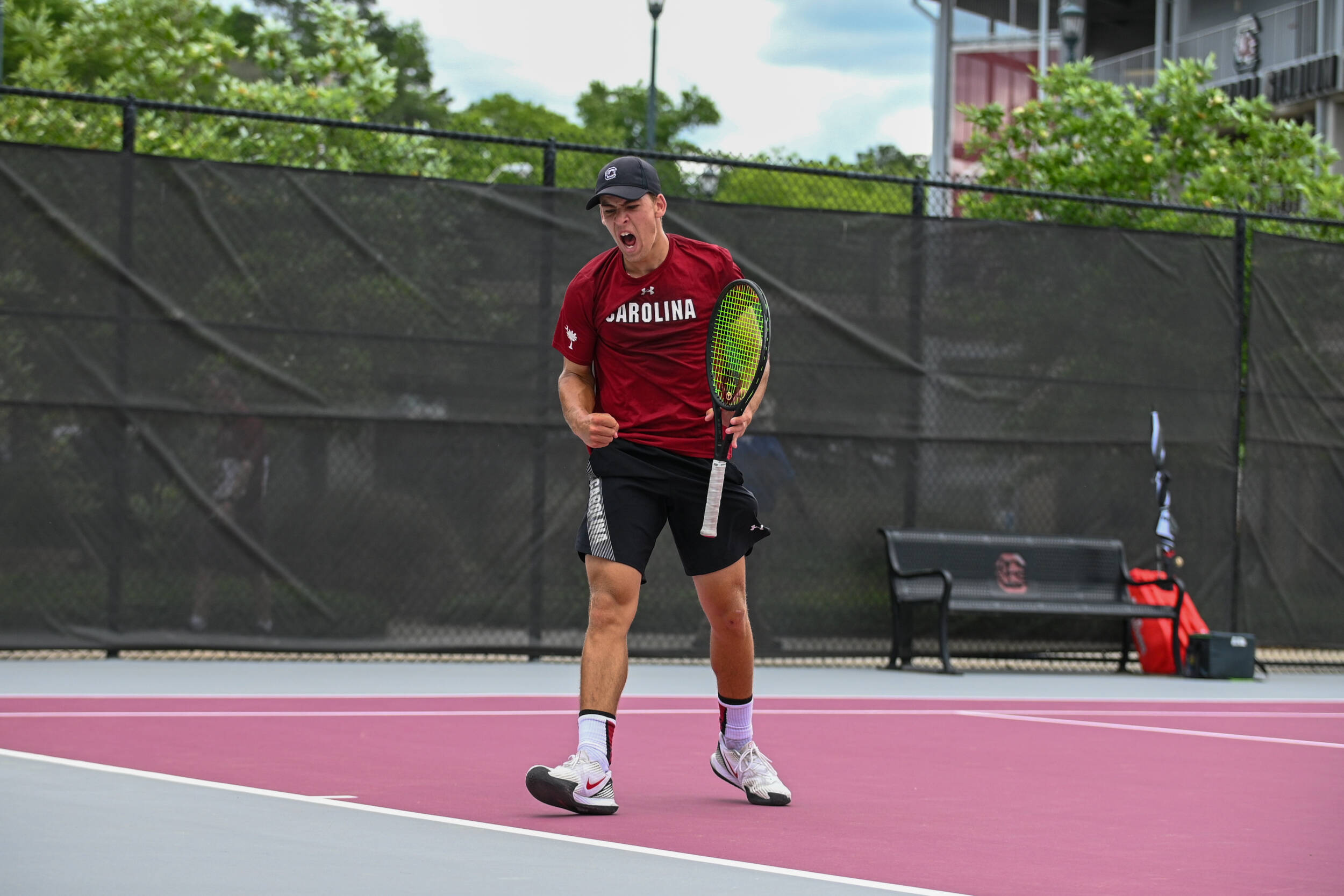 Cary, N.C. – South Carolina men’s tennis sophomore Casey Hoole advanced to the semifinal match at the ITA Carolina Regionals in Cary, N.C. on Sunday. The Brisbane, Australia, native has taken down five opponents on his way to the penultimate match and dropped only one set along the way.

Hoole, who joined the Gamecocks in January, is playing in his first Regional Championship and is quickly making himself known. The sophomore started Sunday play in the Round of 16 where he had to fight from behind after dropping his first set in a tiebreak to North Carolina’s Logan Zapp. Hoole went on to even the match with a 6-2 second set and closed the match out with a 6-4 third set to advance.

In the quarterfinals, Hoole took on No. 80 Melios Efstathiou of Wake Forest. Hoole at no point looked like the underdog, taking down the Demon Deacon 6-3, 6-4 for his first career singles upset.

Hoole will play in the singles semifinal match on Monday beginning at 10 a.m. He will take on No. 60 Rafael Iziquierdo Luque of NC State for his shot at a spot in the title match.

Also in the singles round of 16 were juniors James Story and Connor Thomson. The two teammates had to face each other with No. T-89 Thomson earning the win 6-1, 6-2 to advance to the quarterfinals. Thomson fell in straight sets in the quarterfinal match to Luque 6-2, 6-0 to end his run at the tournament.

In the singles consolation bracket, freshman Lucas da Silva is making a name for himself. The Brazilian eared two gritty wins in the consolation round of 16 and quarterfinals to earn his spot in the consolation semifinals. He will face UNC Wilmington’s Alex Degabriele on Monday at 10 a.m.

In doubles, Story and partner Jake Beasley advanced after a hard fought win over South Carolina State’s Benjamin Niv and Aissa Benchakroun. The Gamecocks took the first set 6-2 but the Bulldogs evened the match with a 7-6(6) second set. Beasley and Story were able to seal the match with a 10-4 final set tiebreak to advance to the quarterfinals. They will take on Presbyterian’s Maxwell Benson and Dusan Milanovic on Monday at 12 p.m.

The Regional Championships will continue on Monday with singles semifinals beginning at 10 a.m. Doubles quarterfinals will begin at 12 p.m. followed by semifinals at 3 p.m. Full draws and results are available on the tournament webpage.

Singles Consolation Round of 16