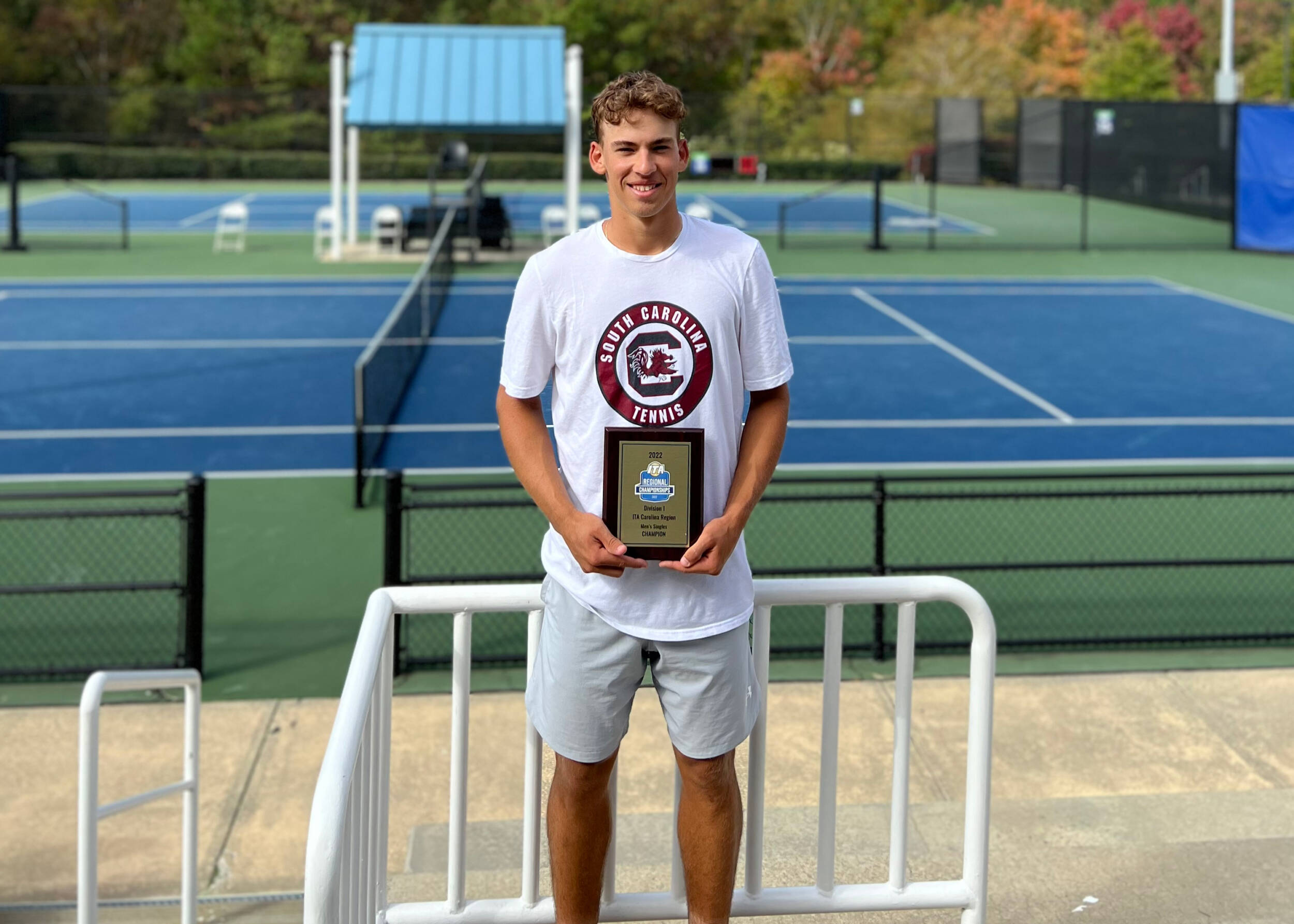 Hoole, who joined the Gamecocks in January, was playing in his first Carolina Regional Championships. The sophomore dominated the field, picking up seven wins with five of them coming in straight sets. He earned ranked wins over Nos. 60 and 80 along the way and took out the tournament’s No. 5 and 6 seeds as well as two fellow 17-32 seeded players.

In the title match against Presbyterian’s Dusan Milsanovic, Hoole was unstoppable, taking the win 6-2, 6-2 in just an hour of competition.

Hoole is the program’s third regional champion with 2019 NCAA Champion Paul Jubb earning the programs most recent regional title in 2018. Prior to Jubb, Louie Gloria held the program’s only regional title from 199 back when it was called the Intercollegiate Tennis Coaches Association Rolex South Atlantic Regionals.

Hoole now leads the team with a 13-2 record on the season. His win at the Regional Championships punches his ticket to the ITA Fall Nationals that will take place in San Diego, Calif., from Nov. 3 through Nov. 6.

While Hoole and other qualified players will be attending the Fall Nationals, remaining members of the Gamecock squad will travel to Tuscaloosa for the Alabama Fall Invite from Nov. 4 through Nov. 6.