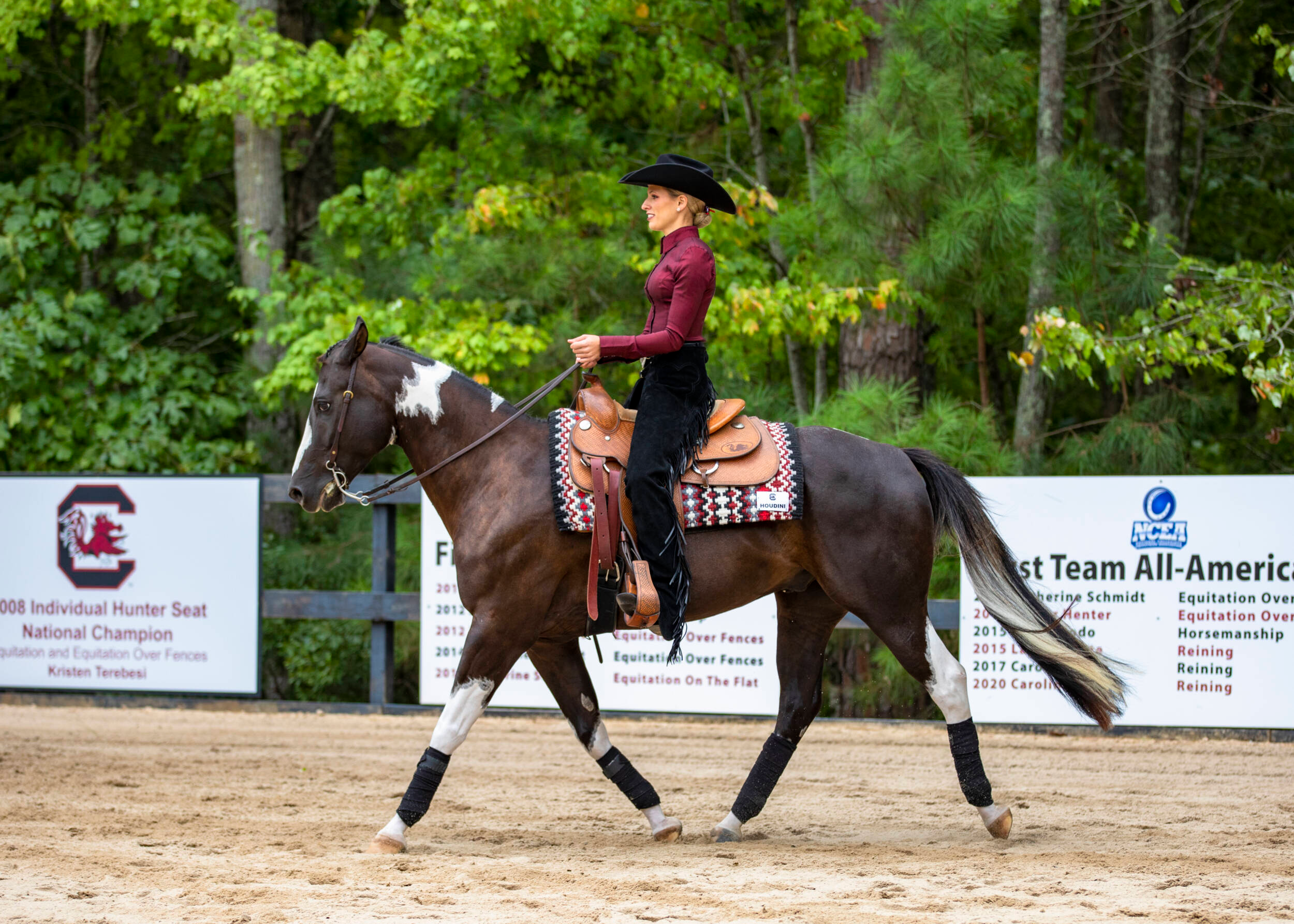 “We had a great day”, head coach Boo Major said. “It was good to see our student athletes respond well after fall break and an off weekend. We still have work to do but I’m pleased with the progress we’re making.”

Freshman Natalie Jayne sealed her spot in the South Carolina record books, tallying a 93 on Tag to earn the victory and point over Julia Gilman. The 93 is the second-highest score on the flat in program history, and the first 93 to be scored since 2008 (Megan Massaro vs. Baylor, Oct. 25) For her performance, Jayne earned her third MOP honor of the season. 5th year senior Trinity Hammerschmidt secured the other point for the Gamecocks, notching a 79 on Luigi over Sophia Sundem. Despite falling, Ellie Beard tallied a new season high 77 on Ferrari.

Madeline Schaefer got the points started for South Carolina in the event, recording an 82 on Douglas putting her on top against Elizabeth Becker. Jayne followed suit for her teammates, earning an 84 on Wilson against Sydney Hott. Despite a loss to Julia Gilman, senior Jordan Allen recorded a season high 86 on Rafiki. Freshman Bella Primavera made her first collegiate appearance, earning an 81 on Bond. Alexa Aureliano scored an 85 on Dubay, tying with her opponent Haley Kane to lock the teams 2-2 in the event.

The Gamecocks dominated the event, taking things 4-1. Alexa Thorpe first took down Emma Schaefer with a 72.5 on Luke, and Tierney Horton followed with a career high 77 on Shadow against Lexi Bailey. The points continued with Kendalyn Herlocker scoring a 74 on Hank, putting her on top of Paige Benson. Alyssa Jipping rounded out the scoring with a 70.5 on Winnie B, giving her the victory over Kate Davis. South Carolina headed into the half up 6-3 over the Skyhawks.

The Gamecocks found themselves in a tight battle with the UT-Martin in reining, falling 3-2 in the event. Emma Lane scored a 70.5 on Scarlet against Aubrey Malone on Scarlet, and Mary Margaret Coats earned a 64.5 to come out on top over Marci Leath on Tia.

South Carolina will return home to Blythewood and One Wood Farm to take on Auburn on Friday, Nov 4 at 2:00 p.m.