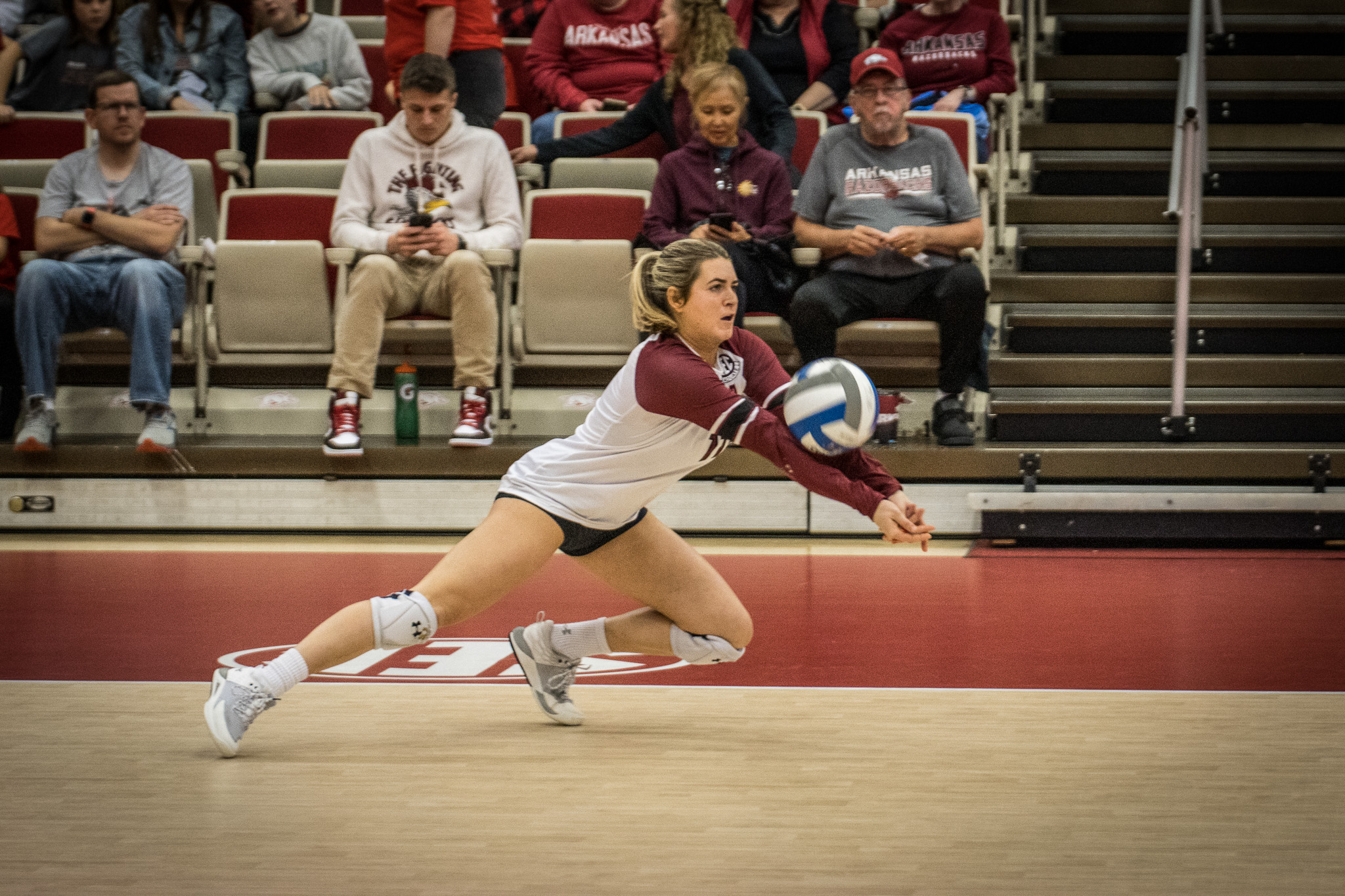 FAYETTEVILLE, ARK. – South Carolina (10-11, 4-7 SEC) dropped its third game in a row, losing in straight sets at Arkansas (15-7, 6-6 SEC) on Wednesday night. Jenna Hampton led the defense with 16 digs and Riley Whitesides’ eight kills led the offense, but the Gamecock offense finished with 24 attack errors to just 30 kills over the three sets.

1st SET: Arkansas would not trail in the opening set, taking a 1-0 set lead with a 25-17 final score. The Razorbacks hit .344 on offense, but more importantly used their blockers to shut down the Gamecocks. The home side finished with six blocks in the set, holding South Carolina to an .070 hitting percentage. Jenna Hampton was the team’s top performer, recording eight of the team’s 13 digs in the set.

2nd SET: There were six ties before either side reached eight points and seven lead changes by the time Arkansas took a 15-14 advantage into the set’s first timeout. The Razorbacks made a push at 17-15 and 19-17, but the Gamecocks shut them down both opportunities, the second time using a 3-0 run to be first to 20. It was Arkansas’ turn to respond and it did so with four unanswered points to snatch back the momentum and closed out the set on a 6-1 run for a 25-21 win.

3rd SET: Arkansas started the set on a 9-2 run and never looked back, finishing the sweep with a 25-17 score in the third. The Razorbacks had an 18-8 advantage in kills in the set, limiting the Gamecocks to a .091 hitting percentage.

UP NEXT
The team will host Ole Miss for a two-game weekend series running Saturday and Sunday. Saturday’s opener will be a 2 p.m. first serve on the SEC Network+ and the Sunday rematch is scheduled for 4 p.m. on ESPNU. The Rebels (10-10, 6-4 SEC) hosted Tennessee on Wednesday night. Follow @GamecockVolley on Twitter for updates on the team.