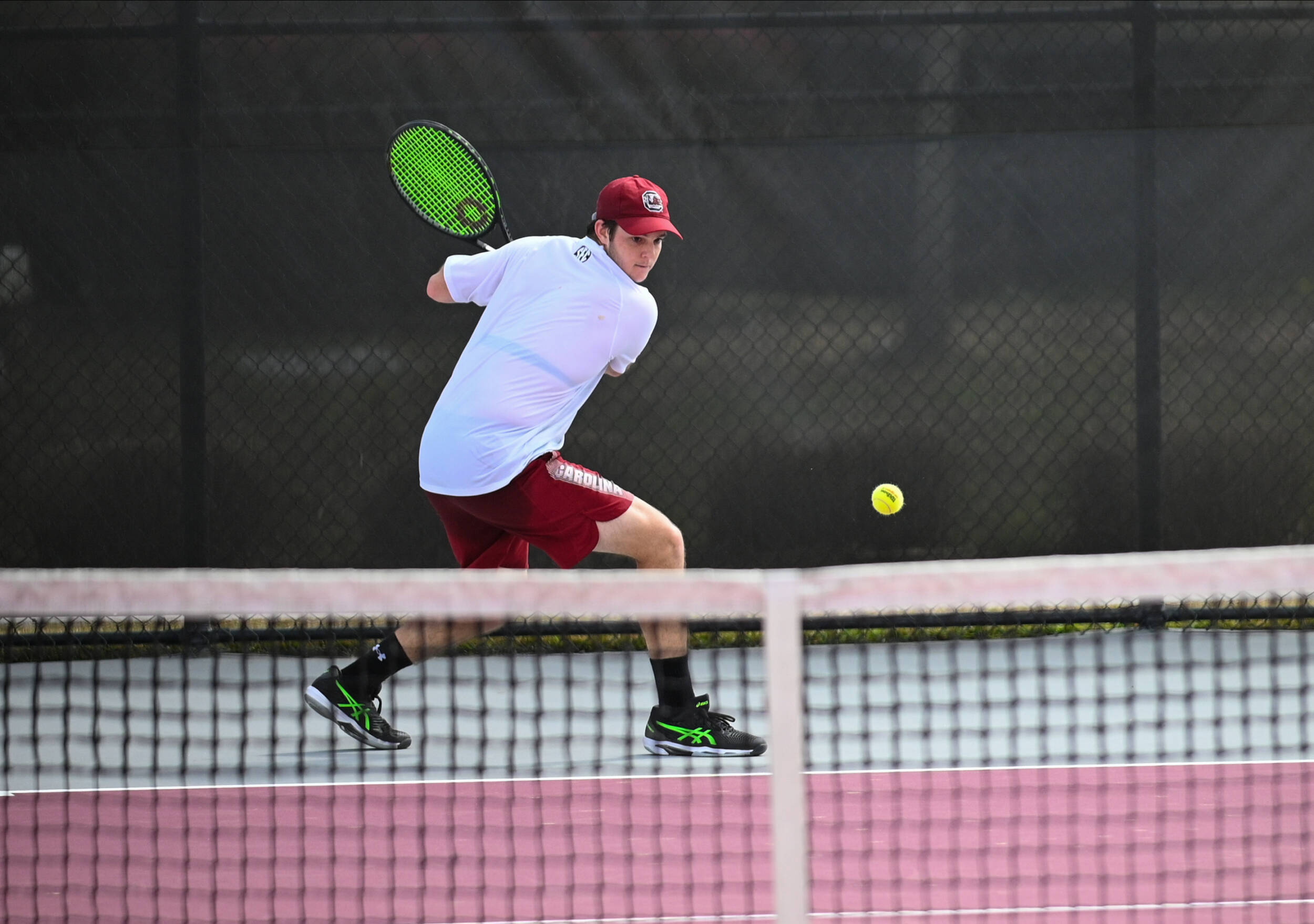 Tuscaloosa, Ala. – Four members of the South Carolina men’s tennis team will travel to Tuscaloosa, Ala., to compete in the SEC – Big 12 Challenge this weekend.

The tournament field will be made up of three teams from the SEC and three teams from the Big 12. Oklahoma, Oklahoma State, and Texas Tech will represent the Big 12 while South Carolina is joined by host Alabama and Mississippi State in representing the SEC. Each team will have four players and teams within the same conference will not face each other. Singles and doubles will be played on each day of the tournament.

The Gamecock squad will be comprised of Lucas da Silva, Connor Thomson, and Jake Beasley. Of the Gamecocks competing, Thomson currently leads the group with a 9-2 singles record and a 7-0 doubles record through the fall. Da Silva is 6-3 in singles so far on the season and enters the tournament on a four-match singles win streak.

Matches will be played at the University of Alabama Tennis Stadium. Admission will be free.