Zia Cooke is Poised for a Strong Finish

Zia Cooke has been to a pair of Final Fours, won a National Championship, and earned All-America and All-SEC honors during her career. Still, the senior guard isn’t satisfied with her play and is confident she can put together her best season as a Gamecock.

“I definitely don’t think I’ve played my best basketball yet,” Cooke said. “I think this year will be a breakout year for me where I can showcase my talent. I want to be a leader on the floor. I think I get better each year, but the senior year is where you really see the difference in the growth from your freshman year.”

Cooke is no stranger to making big plays on either end of the floor, but she wants her overall game to be more consistent.

“I think I’ve always had the same strengths in being a ‘killer’ on the floor,” Cooke said. “I’ve been good at attacking the basket and dominating in the mid-range era. I really want to improve on my three-point game and also become a better reader on the floor. Coach (Dawn) Staley has really been helping me a lot to make the smart plays.

“The key to being consistent is being able to turn the page. I used to have a habit of not turning the page and getting stuck on certain moments. The good thing about basketball is that you always have another chance to redeem yourself. I know who I am as a player, and I have to remain confident.”

“I’ve learned so much from Coach Staley, on and off the court. She has always instilled in me to be patient. I never understood what it meant to not get too high with the highs and too low with the lows until I met her.” 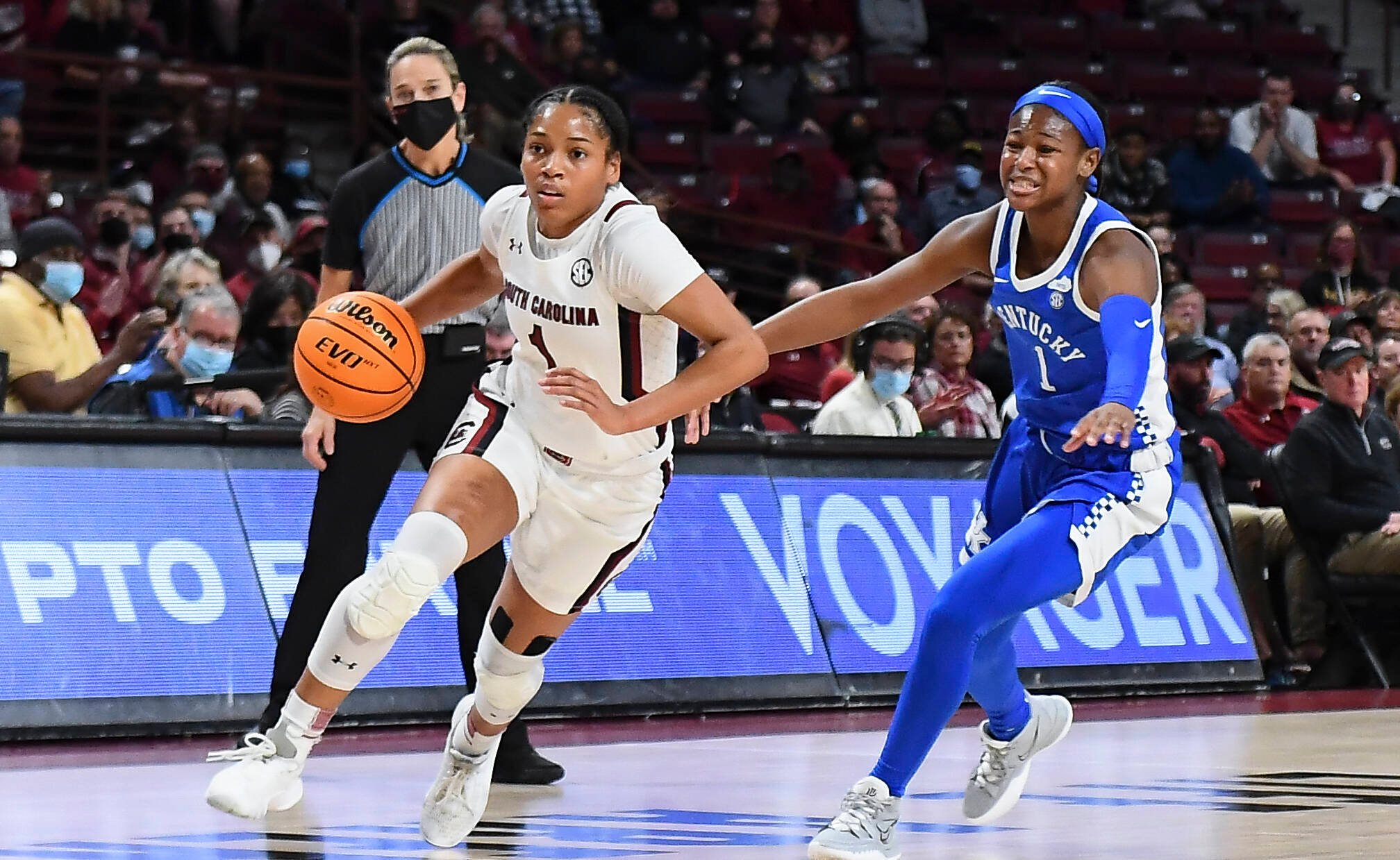 Cooke ranked third on the team in scoring last year with 10.7 points per game and has averaged 12.8 points per contest over her three-year career.

The Gamecocks were the top-ranked team all season long last year, and they handled that pressure well in winning the national championship. Having that bullseye on her back once again is a familiar feeling, but it can still be stressful.

“I feel more pressure this year than I’ve ever felt because it’s my last shot,” Cooke said. “Being number one in my previous years, I never felt pressure, but after this year, I don’t get another shot at it. I don’t want to think about it so much that it weighs on me. We just have to go out there and prove ourselves again.”

Cooke is hoping that a strong senior season can catapult her to the next level of basketball, and she hopes to eventually fulfill a lifelong dream of playing in the WNBA.

“I want to be a professional,” Cooke said. “Getting to the league is not a distraction for me though. I think God put me on this earth to do that. I think all the hard work I’m doing is going to pay off. The pressure isn’t there to do that. The pressure is there to be the best player that I know I can be. I’m going to be happy with whatever God has for me.

“I’ve learned so much from Coach Staley, on and off the court. She has always instilled in me to be patient.

I never understood what it meant to not get too high with the highs and too low with the lows until I met her.”

Having started all one hundred games of her collegiate career to this point and already scoring more than 1,200 points, Cooke and the Gamecocks have finished the season as the No. 1 team in women’s college basketball twice. Now she hopes she and her team will finish strong again in 2022-2023.