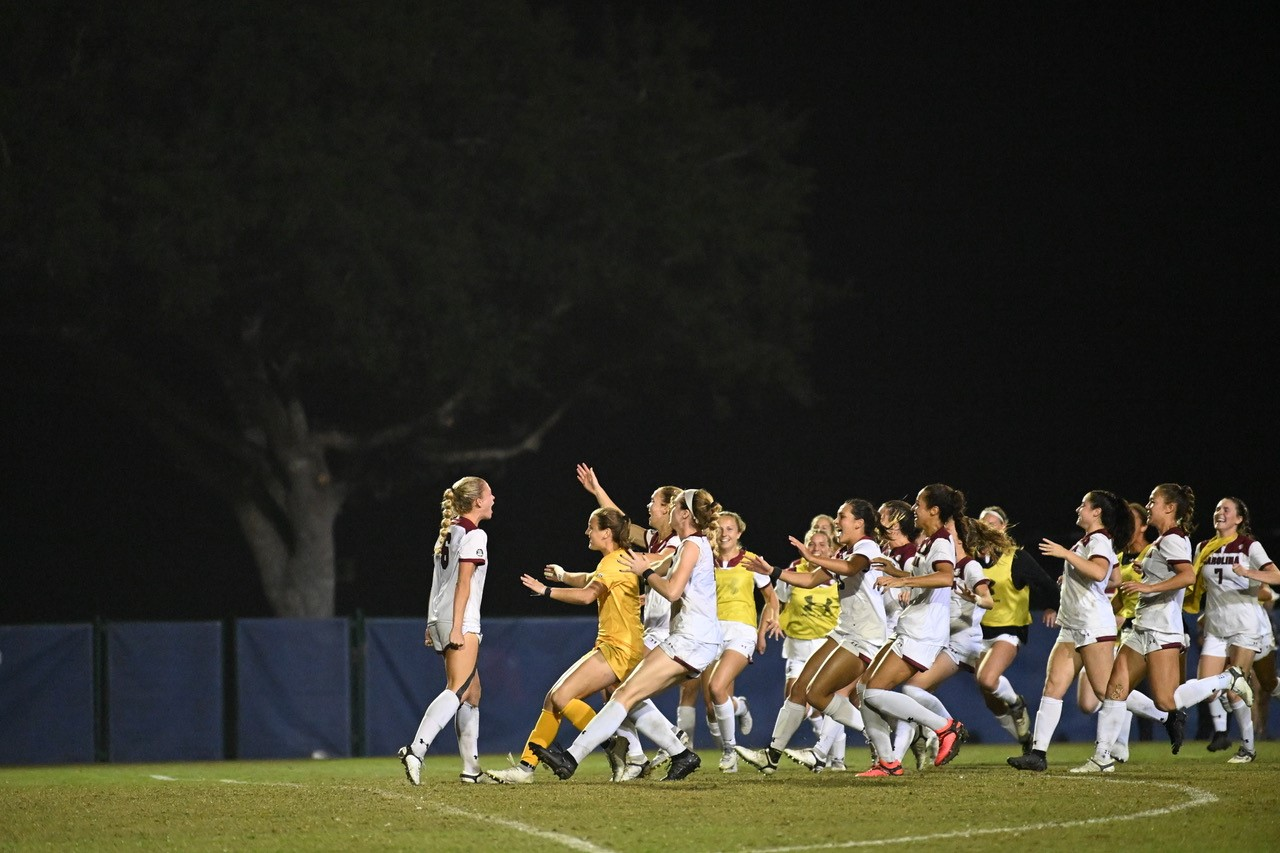 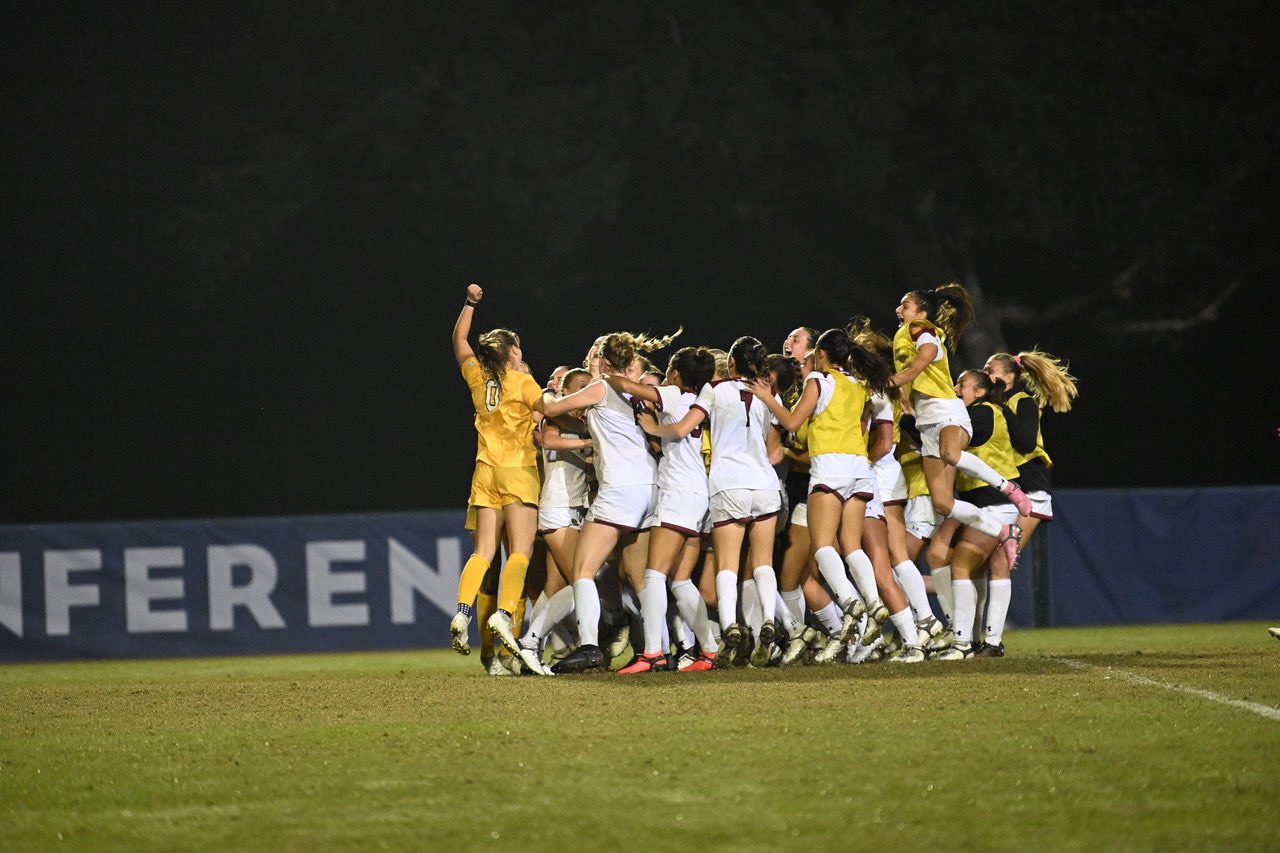 East vs. West: Gamecocks Advance to Finals Against Alabama with Win Over Georgia

PENSACOLA, FL – The No.13 ranked and second-seeded South Carolina women’s soccer team (12-3-5) came out victorious after taking down the Georgia Bulldogs (12-5-3) in penalty kicks 4-1 following a 1-1 tie through regulation in the SEC Women’s Soccer Tournament. The Gamecocks will advance to the championship game to face No. 1 seeded Alabama (19-1-1), marking the program’s fourth appearance in the finals.

The first half saw both teams getting touches on the ball, with the Gamecocks putting up five shots to the Bulldogs’ two. The first shot of the game came after a long 14 minutes by Georgia’s Abby Boyan, but the ball was blocked.

Brianna Behm was the first to give South Carolina a chance, coming off wide to the right. Lily Render nearly put South Carolina on the board in the 35th minute but was met by a save from Georgia keeper Jordan Brown.

The Gamecocks would make four more attempts but headed out of the half tied 0-0 with Georgia.

In the second half, junior Catherine Barry opened up the scoring for the game after sneaking in a shot past Brown to the right side of the net, putting the Gamecocks on the board 1-0. The goal marked her seventh of the season (most on the team) and the 21st of her career.

South Carolina made two more shots, eventually finding themselves at the other end of the field where a handball call on the Gamecocks’ Abby Hugo set up the Bulldogs for a penalty kick. In the 75th minute, Georgia’s Dani Murguia made the attempt, finding the back left center and tying things up 1-1.

The Gamecocks put up four more chances in the remaining 15 minutes, but couldn’t find the edge, sending the two teams to overtime.

🔥 IN HEATHER HINZ WE TRUST 🔥

What a save from the senior!!

Neither side found success through two 10-minute periods despite two chances in the first minute from South Carolina, setting up the Gamecocks and Bulldogs for penalty kicks.

South Carolina stepped up first, and Barry knocked it into the bottom left of the net to tally the Gamecocks’ first on the board. Georgia followed suit with their own from Boyan, tying things at 1-1 after the first round.

In the second round, Jyllissa Harris found the top center to put South Carolina up 2-1. The Bulldogs’ Tori Penn attempted the second kick, but Hinz kept her at bay. Samantha Chang and Camryn Dixon cemented the win for South Carolina after Hinz tallied a second save in the third round to send the Gamecocks to the championship game. The shootout marked the first time South Carolina has taken a penalty shot all season.

🎉 WE’RE HEADED TO THE CHAMPIONSHIP 🎉 pic.twitter.com/n7UaVDPlCX

The Gamecocks will look to take their fourth SEC Tournament title against Alabama on Sunday, Nov. 6 at 2:00 p.m. EST on the SEC Network.