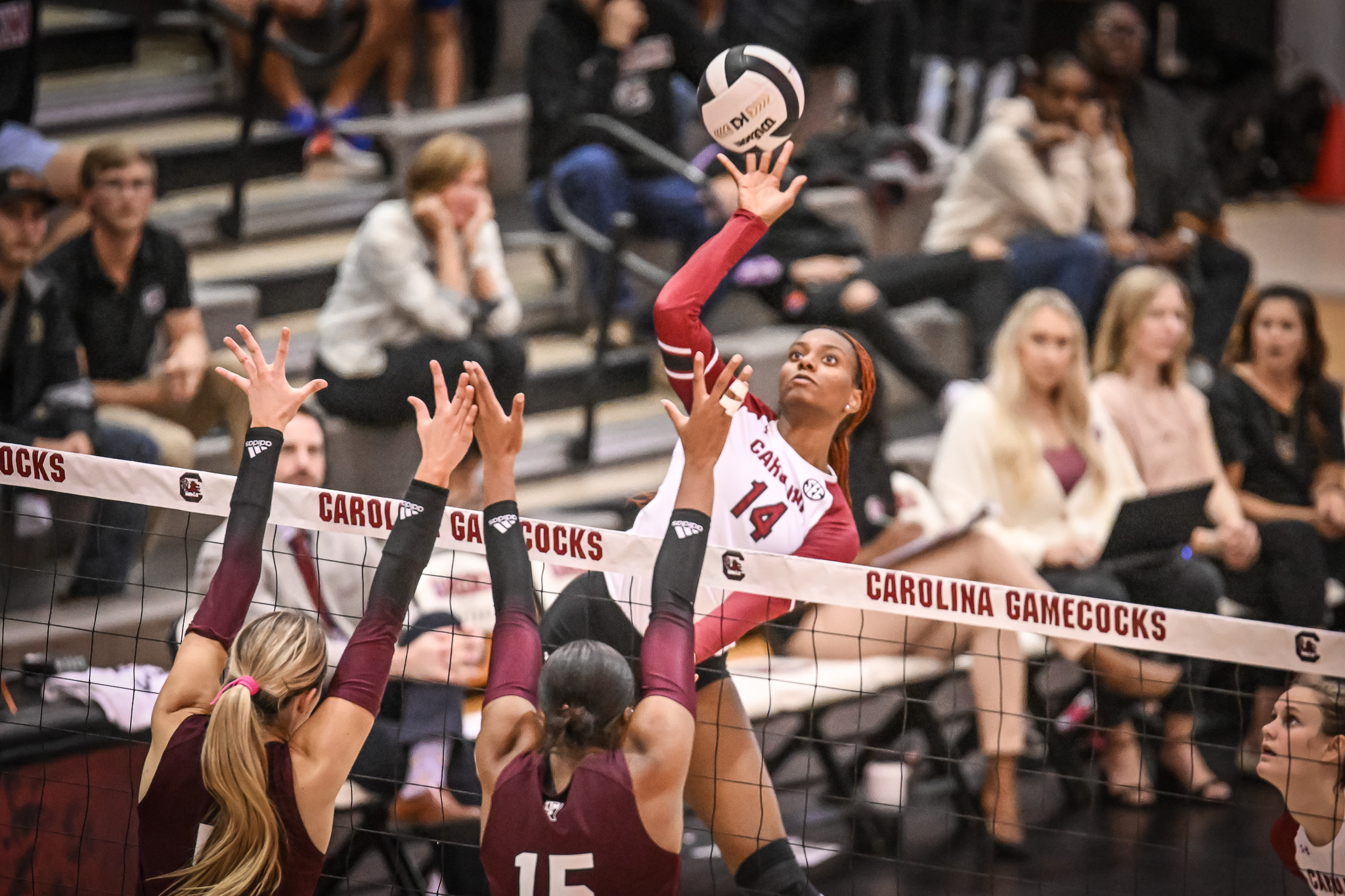 1st SET: South Carolina jumped out to a healthy lead early, forcing a quick Ole Miss timeout with a 7-2 lead thanks to six Gamecock kills – three from Fletcher alone. The Rebels rallied back behind their blockers at the net, though, using three stuffs in a 9-3 run to take a 12-11 lead. The score would be tight throughout the middle portion of the set, with ties at 13, 15 and 16, Ole Miss got the run it needed from there with a 5-1 run to make it 21-17 and the Gamecocks would get not closer than two the rest of the way in a 25-22 loss.

2nd SET: The Gamecock offense responded with a big win in set two, leading wire-to-wire in a 25-19 game with three different hitters putting away three or more kills – led by four from Fletcher. After no blocks in the first set, South Carolina’s defense picked up two early ones in a 6-2 start to the set, that lead would peak at eight points with a 13-5 advantage following four consecutive kills from four different Gamecock attackers.

3rd SET: The ever-crucial third set was an absolute shootout between the two teams – both offenses hit over .300 with the Gamecocks owning a 19-15 advantage in kills. They would need every last one of them to pull out a 25-23 win and a 2-1 set lead. There would be 10 ties in the set but only two lead changes, South Carolina was able to maintain the lead for most of the set thanks to the trio of Fletcher, Lauren McCutcheon and Riley Whitesides, who combined for 13 of the team’s 19 kills.

Ole Miss answered the Gamecocks kill-for-kill and would take the lead back at 15-14, but just weren’t able to stop the Carolina offense. The one thing that almost cost the home side would be service errors; the Gamecocks had six total in the set including two in a row late to allow the Rebels to pull within one, but it wasn’t enough for them to complete the comeback.

4th SET: The serve game would end up being the key to the team’s win in the fourth set, a 25-18 victory to clinch the match. South Carolina had three aces – two from Whitesides – and just two errors while Ole Miss had six errors behind the line. That advantage, paired with four blocks from the Gamecock defense, would be the keys to the win. The offense needed just nine kills, Oby Anadi led the way with three. Out of a 12-all tie, South Carolina used three blocks in a 5-1 run to break away and dominate the second half of the set.

UP NEXT
South Carolina has just five games remaining in the regular season, four of which come on the road. First up is a trip west to Tuscaloosa, facing Alabama in a two-game series that starts on Friday, Nov. 11. Follow @GamecockVolley on Twitter for continued updates on the team.