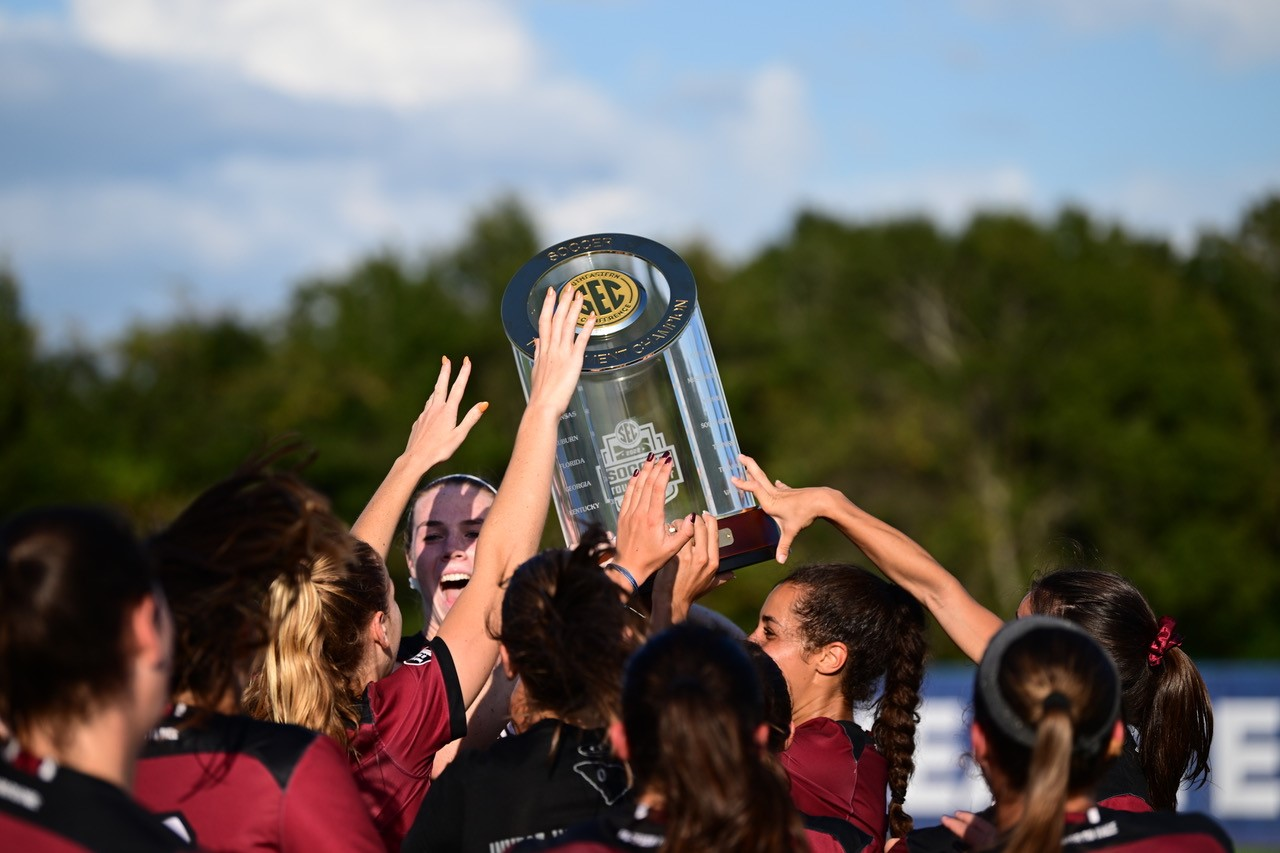 COLUMBIA, SC – The No. 13 ranked South Carolina women’s soccer team (13-3-5) has been named a No. 3 seed in the 2022 NCAA Tournament, as well as a host site for the first round. The Gamecocks will face Wake Forest (9-6-3). A game date and time will be announced when made available.

The Gamecocks come off an exciting week of play down in Pensacola, taking the SEC Tournament Title over the No. 1 seeded Alabama Crimson Tide on Sunday. The win marked the third tournament title in program history, and the first conference loss of the season for the Tide.

South Carolina made its way to the title game after taking down Ole Miss in the quarterfinals 3-0, and advanced to the championship after an adrenaline filled matchup against Georgia where the Gamecocks won on PKs (4-1) after remaining tied 1-1 through two overtime periods.