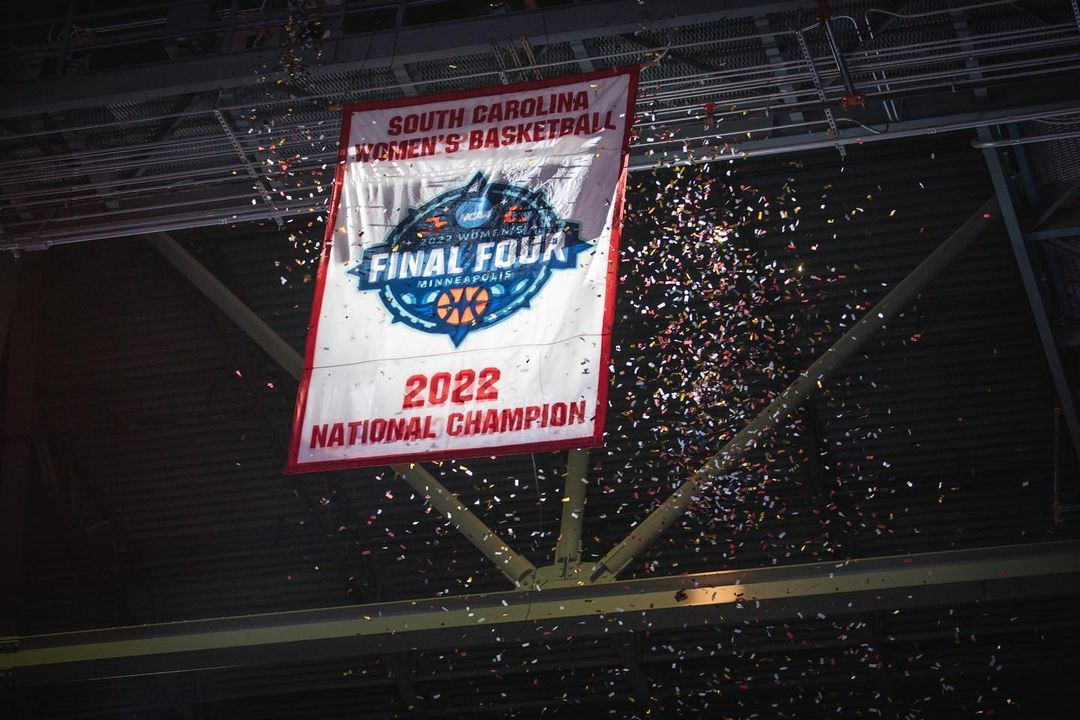 Boston finished with 11 points and 11 rebounds in 20 minutes.

The Gamecocks (1-0) celebrated their 2022 NCAA Tournament title with championship rings and a banner unfurled in the arena rafters to the cheers of a boisterous, happy crowd at Colonial Life Arena. 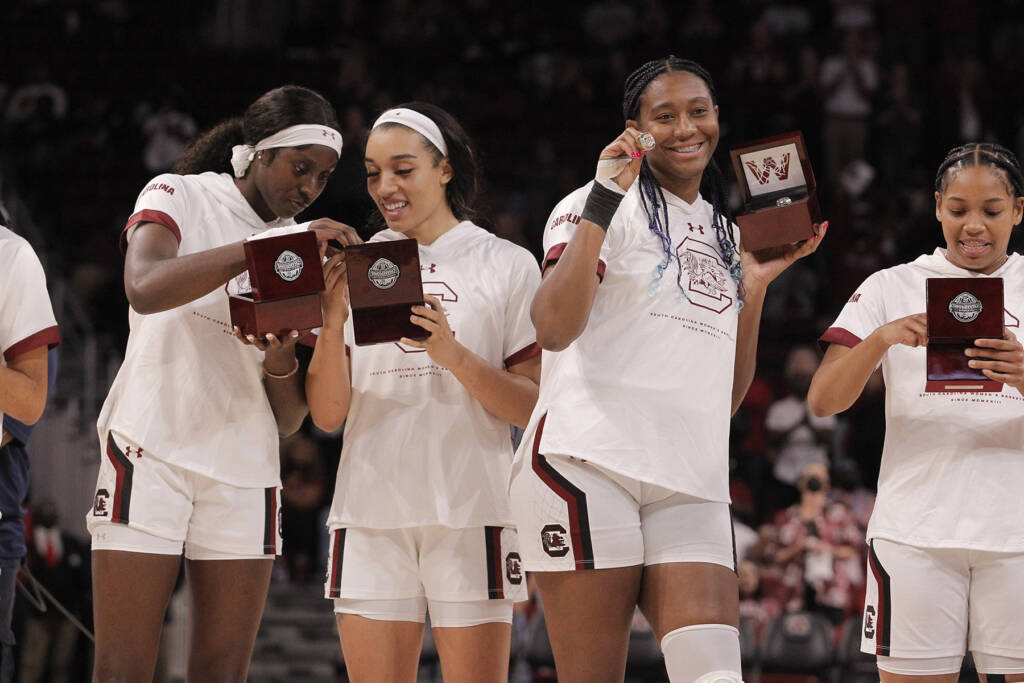 Then they went about their goal of a second straight title by blowing past East Tennessee State with overwhelming defense and an inside game the much smaller Buccaneers couldn’t match.

3️⃣ 3️⃣ 3️⃣@QueenBrea_1 puts up the first three of the season and we’re officially off against ETSU‼️ pic.twitter.com/Rne7IT2j0x

South Carolina held its opponent to 4-of-28 shooting in the first two quarters, ETSU missing 15 straight shots during one stretch.

Boston, choosing a aqua tint for her season-opening hairdo, was as impossible to handle as she was during last year’s championship run. The 6-foot-5 senior, who set a Southeastern Conference mark with 27 consecutive double doubles last, had her third in a row in new streak that began in last April’s two Final Four wins.

Cooke, along with Boston part of the Gamecocks’ No. 1 recruiting class in 2019, had her highest point total in 13 games, dating back to 20 scored in a win over Auburn last February.

Sania Feagin had 15 points off the bench as part of six Gamecocks in double figures.

Laeticia Amihere’s layup pushed South Carolina past the century mark for the first time since a 104-82 victory over Arkansas in January 2021.

BIG PICTURE
East Tennessee: The Buccaneers were coming off a 6-22 season, have nine newcomers on their roster of 14 and are led by first-year coach Brenda Mock Brown. There was little chance the fill-in program would hang long with the defending national champions.

South Carolina: The Gamecocks has fan-pleasing romp in their opener. They’ll face a bigger test later this week at No. 17 Maryland, which is itching to get some payback for their 66-59 near miss — the Terps led 55-53 with five minutes to go — before South Carolina’s rally.