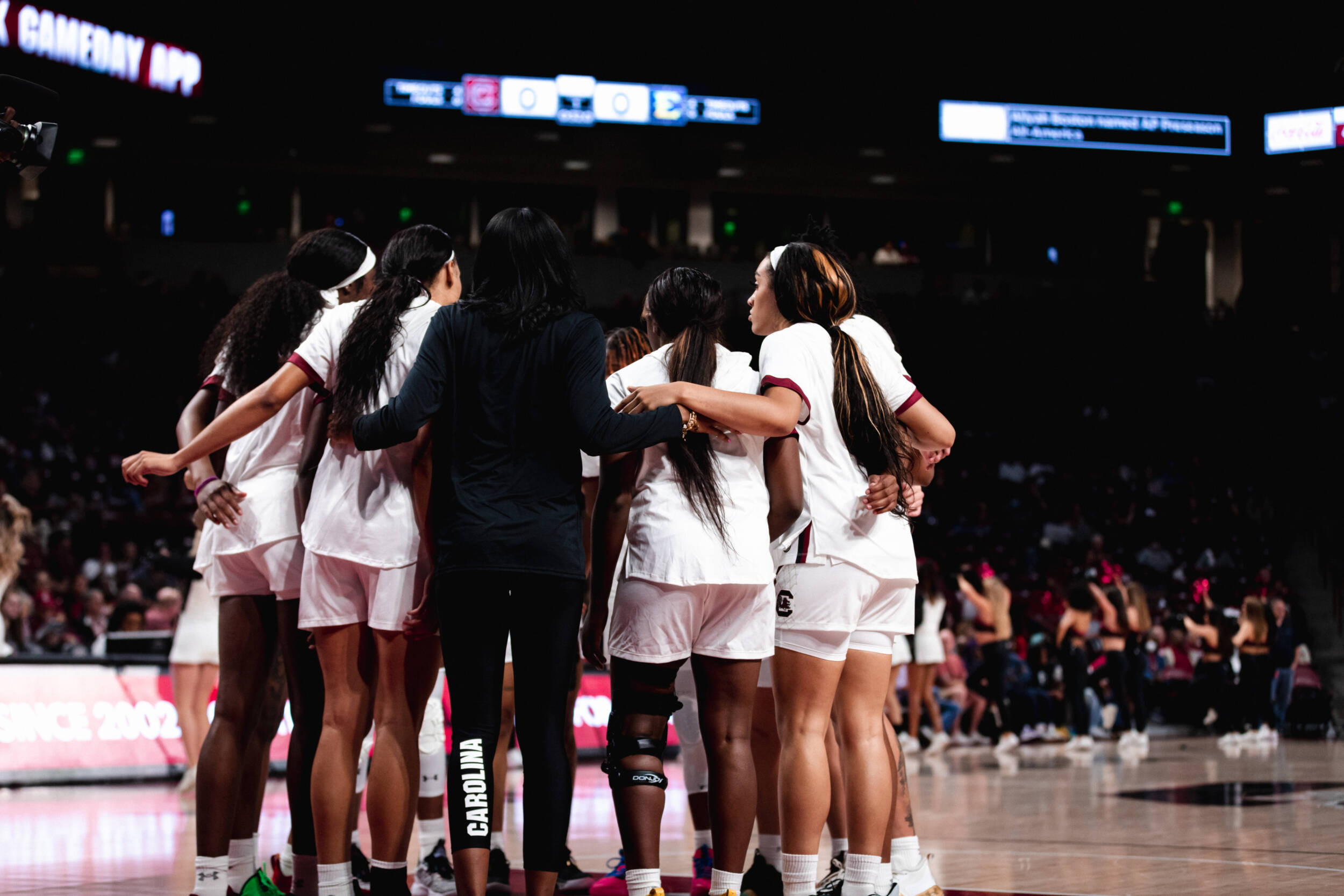 Women's Hoops on the Road for Top-20 Battle

A Perennial Power
South Carolina women’s basketball is in the midst of its most successful era, claiming at least 20 wins for the last 11 seasons, including five 30-win seasons in the last eight campaigns. The Gamecocks have played in the NCAA Final Four four times in the last seven NCAA Tournaments, including winning the 2017 and 2022 National Championships. They have been ranked in every AP Poll since Dec. 10, 2012, including a top-10 position every week since the start of the 2019-20 season. The Gamecocks have amassed 45 AP No. 1 rankings all-time,  becoming just the sixth program with a least 40 top entries in that poll. Since the start of the 2019-20 season, South Carolina has been atop the poll 33 times – over three times more than any other team in that time.

Under head coach Dawn Staley’s leadership, eight Gamecocks have earned All-America status, three have earned SEC Player of the Year honors and 17 have picked up All-SEC recognition at least once. Nine Gamecocks have been selected in the WNBA Draft in the last seven years, including 2018 No. 1 overall pick A’ja Wilson, who went on to become the Gamecocks’ second-straight WNBA Rookie of the Year (2018) and the program’s first WNBA MVP (2020, 2022).

The Maryland Series
While this series began in the 1997-98 season, it became a regular matchup at the start of the 2017-18 campaign. The Gamecocks lead the overall series 3-2.

In the last four meetings, all of which have been top-15 matchups, South Carolina is 3-1, including a pair of wins in College Park – both by single digits. Tonight’s game is the second time the two have met in the second game of the season. The first was the most recent meeting in College Park – Nov. 10, 2019, when then-No. 8 South Carolina upset then-No. 4 Maryland 63-54.

Seniors Aliyah Boston and Zia Cooke thrived in their previous two games against the Terps, averaging 15.0 points each with Boston adding 6.0 blocks per game as well. Senior Brea Beal grabbed 10 rebounds in each of her two games against Maryland, handing out 2.5 assists per game in the series as well.

Road Ready
The Gamecocks are 286-260 all-time in road games, including a 111-46 mark under head coach Dawn Staley.  Her .707 winning percentage on the road is the best in program history.

Ranked Readings
Against ranked opponents, South Carolina is 99-66 (.600) in the Dawn Staley era (beginning 2008-09), and even that mark is skewed by the early seasons of her tenure.

Senior Aliyah Boston has thrived in her 42 career games against ranked opponents, averaging 15.2 points, 12.3 rebounds and 3.0 blocks while shooting 53.0 percent. Senior Zia Cooke’s offense is not far behind with her 13.7 points per game in those 42 outings.