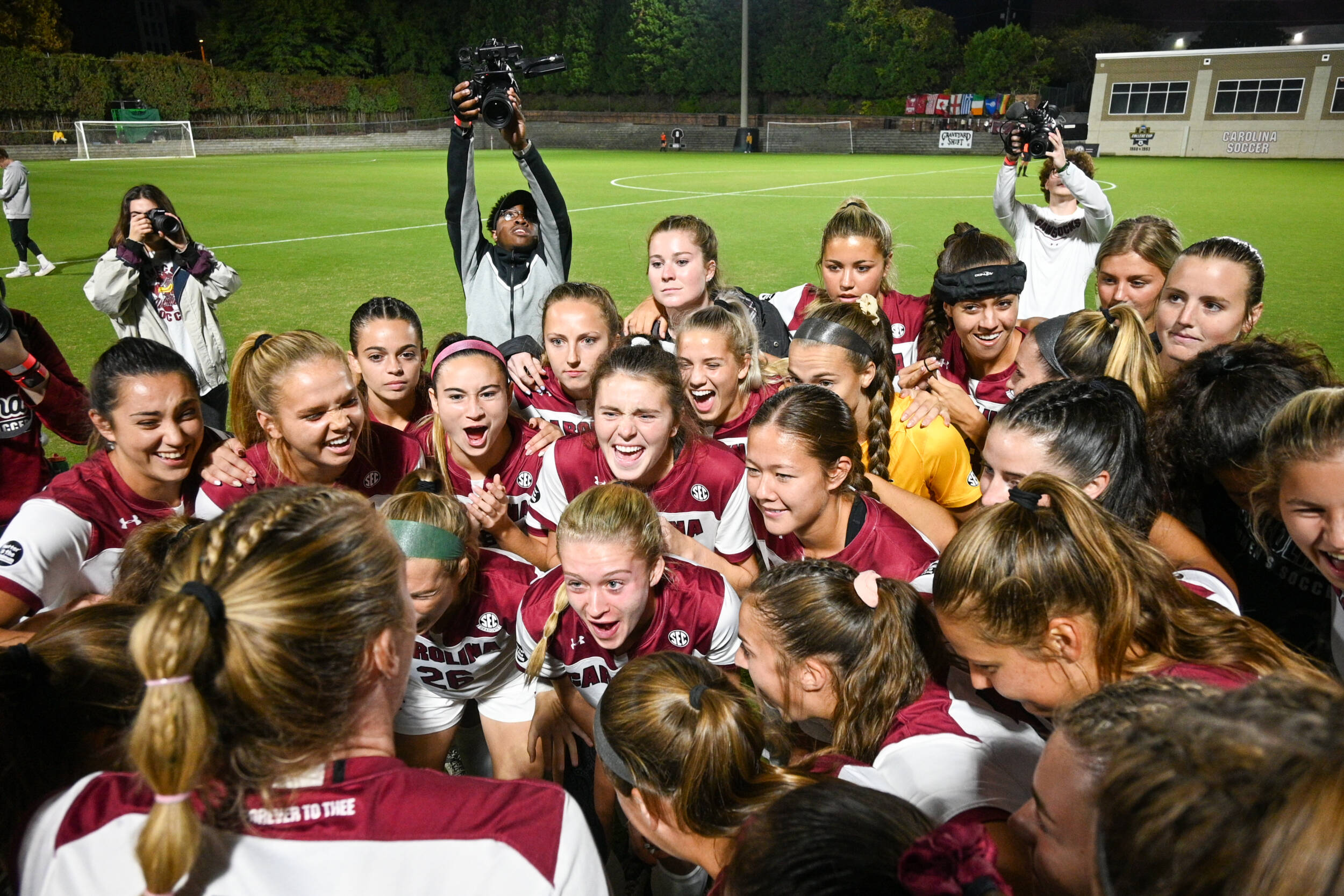 DURHAM, NC – The No. 13 and third-seeded South Carolina women’s soccer (15-3-5) team defeated the sixth-seeded Harvard Crimson (12-2-3) 3-2 on Friday night to advance to the Sweet Sixteen of the NCAA Tournament.

The Gamecocks got on the board in swift fashion, with Harvard tallying an own goal in just the second minute of play as the ball rolled in past the Crimson keeper Anna Karpenko.

Harvard put up the first actual shot of the game a long 10 minutes later and was a heart-stopper for Gamecock fans but it bounced off the top woodwork where South Carolina recovered it.

Harvard would go on to make two more attempts, until redshirt-senior Samantha Chang intercepted the ball and sprinted up the middle, passing it up to junior Catherine Barry where she was able to capitalize in the box and send it to the back of the net to put South Carolina up 2-0 in the 22nd minute. The goal was Barry’s ninth of the season, and her 23rd overall, moving her to tie the No. 6 spot overall in the USC record books for career goals.

Barry put up two more shots over the next 20 minutes, and in the 41st, the Gamecocks set up for the first corner kick of the game. 5th year senior Jyllissa Harris sent it in from the far-right corner, and Barry headed the ball in past a Harvard defender to give South Carolina it’s 3-0 lead heading into the half. Barry’s second goal of the game marked the 10th of the season and her 24th overall, once again moving her up in the record books to the No. 5 spot.

Harvard’s offense went to work in the second half, putting up seven shots to their four in the first, and took a total of five corners. In the 81st minute, Harvard made an effort towards the goal, but a Carolina defender wasn’t able to get out of the way fast enough, resulting in an own goal – the second of the game.

Seven minutes later, the Crimson took a corner and Jordan Di Verniero was able to get it past a line of Gamecocks to put themselves within one, 3-2. South Carolina was able to hold on throughout the remaining two minutes of play, advancing themselves to the third round.

South Carolina will face the winner of the Duke/Texas game on Sunday, Nov. 20 at 6:00pm in Koskinen Stadium.