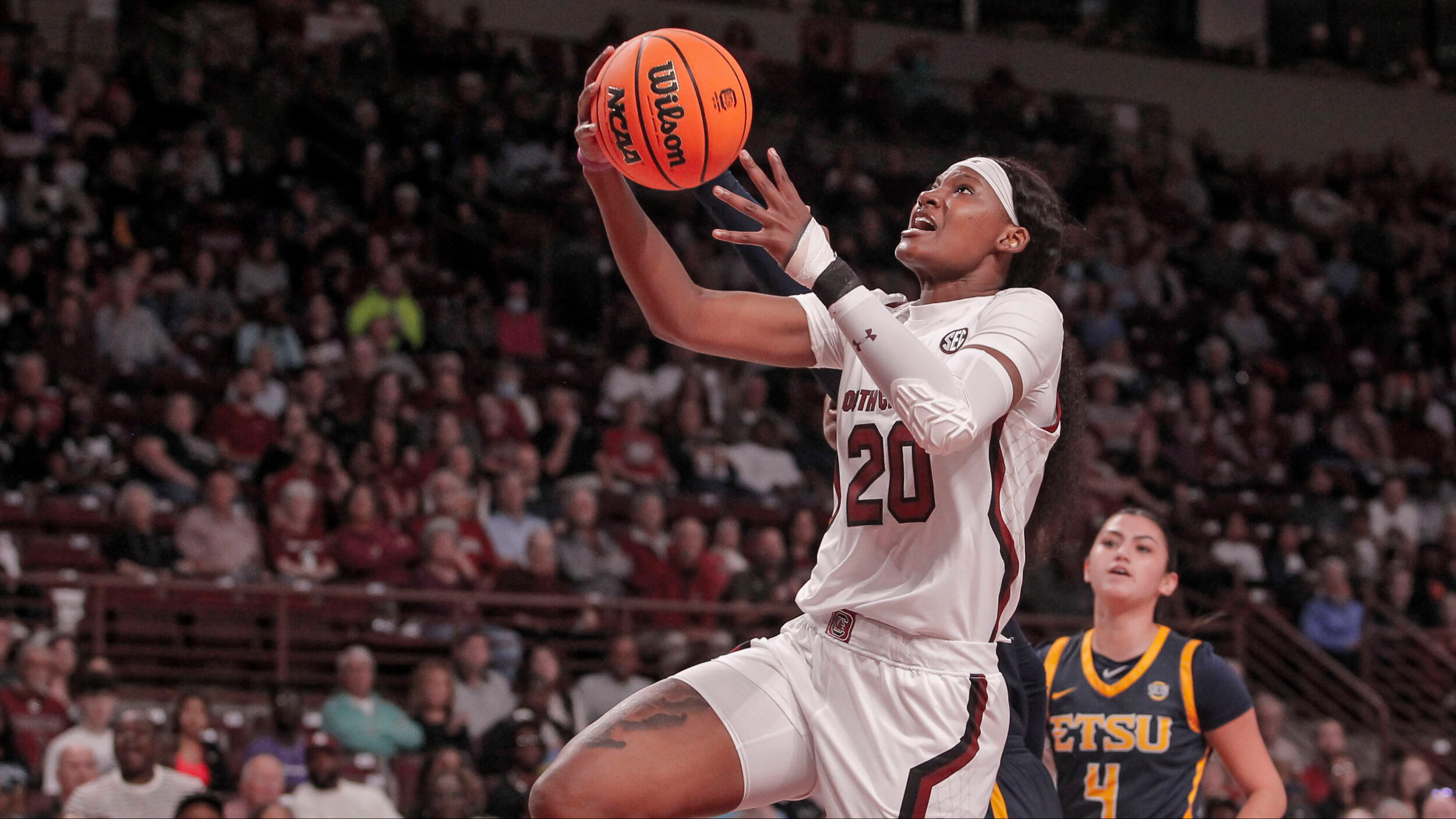 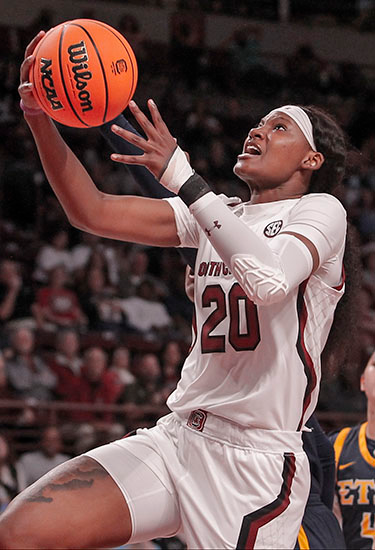 COLUMBIA, S.C. –No. 1/1 South Carolina women’s basketball closes out a four-game road trip Tuesday night at Cal Poly with a 8 p.m. ET tipoff that will stream on ESPN+. The Gamecocks will play their next four at home, beginning on Sunday afternoon.

By the Numbers
7 – The Gamecock defense has held an opponent to single-digit scoring in a quarter seven times this season, including the 4th quarter at Stanford.

43.3 – In two games against ranked opponents this season, the bench has contributed 43.3 percent of the Gamecocks’ scoring (34.0 ppg).

47.3 – South Carolina is 14th in the nation in scoring defense, yielding just 47.3 points per game so far this season.

The Cal Poly Series
Tuesday marks the first ever meeting between the two programs.

Ranked Readings
The Gamecocks opened this season atop both the AP and the USA Today/WBCA Coaches’ Polls for the third time in as many seasons and remained there in the Week 2 AP Poll (coaches poll not yet released this week).

In the AP Poll, the Gamecocks’ 47 total weeks at No. 1 are the fourth most of any program in that poll’s history. South Carolina has appeared in each of the last 190 AP Polls, giving it the fourth-longest active streak in the nation, which dates back to Dec. 10, 2012.

In the USA Today/WBCA Coaches’ Poll, South Carolina has been in the top 10 since claiming the No. 10 spot in the 2019-20 preseason poll. It has been No. 1 in that poll 31 times in the last nine seasons.

Block Party
South Carolina annually ranks among the best shot blocking teams in the country and leads the way again this season at 9.7 blocks per game after finishing the 2021-22 season with an NCAA-best 7.4, including 7.3 in SEC play.

Early this season an unexpected shot blocker leads the way with guard Brea Beal ranking fourth in the SEC with 2.0 blocks per game. Senior Laeticia Amihere and freshman Ashlyn Watkins are next in line at 1.3 per contest – 10th in the SEC.