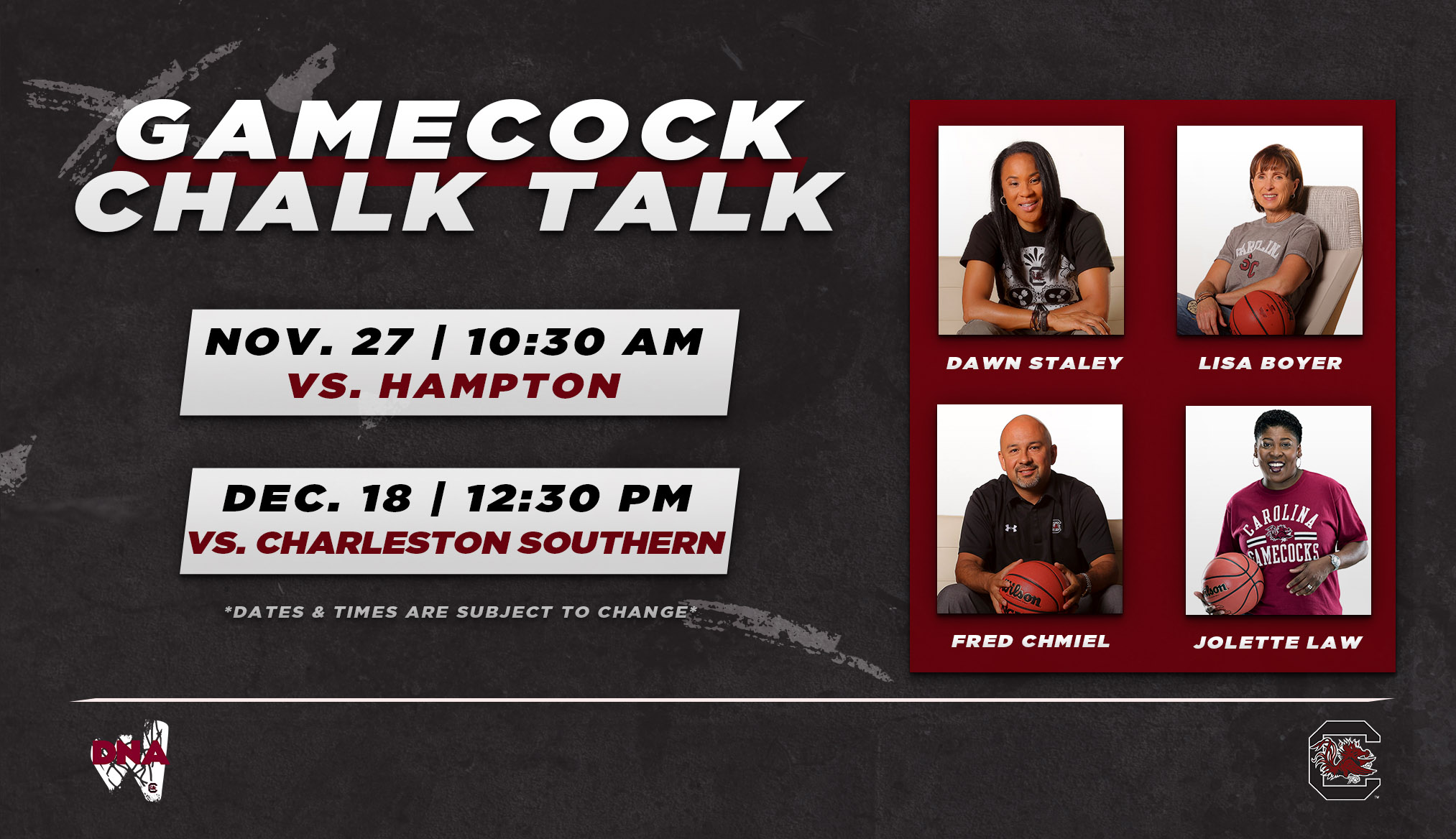 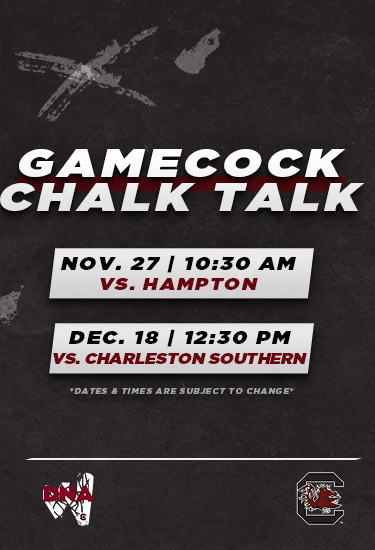 COLUMBIA, S.C. – South Carolina women’s basketball in-person Chalk Talks are back for 2022-23, beginning Sun., Nov. 27, the program announced today. Each pregame Chalk Talk will feature various guest speakers in addition to one of the Gamecocks’ assistant coaches breaking down that day’s game. The first two will be open to season-ticket holders, who can then enter a raffle for chance to win access to the final Chalk Talk of the season.

Season-ticket holders can mark their calendars for the following in-person Chalk Talks this season:
Sun., Nov. 27, vs. Hampton, tipoff at Noon
Sun., Dec. 18, vs. Charleston Southern, tipoff at 2 p.m.

Chalk Talks begin one hour and fifteen minutes prior to tipoff of the games listed above. They will be held in the Frank McGuire Club with a maximum of 300 attendees. Season-ticket holders attending the Chalk Talks will be able to enter Colonial Life Arena through the College Street entrance 90 minutes prior to tipoff to go to the McGuire Club for the duration of the Chalk Talk.