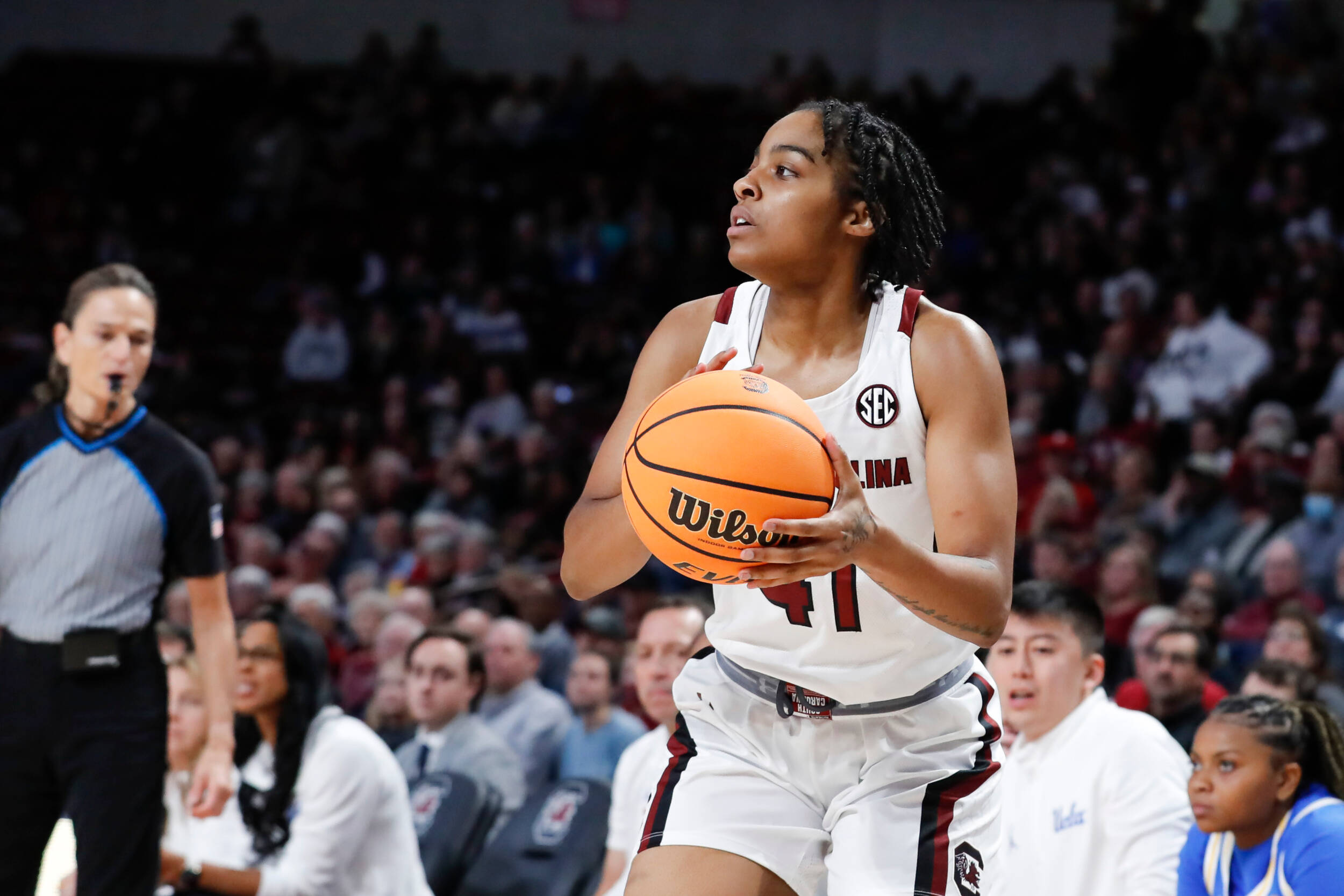 ALIYAH BLOCK BOSTON ‼️ @aa_boston with her third of the night!

Boston had missed the second half in a win over Hampton on Sunday after a hard fall. She returned to the bench in that game with a walking boot on her right foot.

But Boston started and played 35 minutes against the Bruins (7-1) to help the Gamecocks (7-0) overcome a 31-21 deficit right before halftime to win their 17th straight over a ranked opponent.

It was Boston’s 65th career double-double and 32nd against a ranked opponent over four seasons.

Georgia Tech transfer Kierra Fletcher had a double-double with 12 points and 10 rebounds while the 6-foot-7 Kamilla Cardoso added a season-high 16 points, nine rebounds and five of the Gamecocks’ 15 blocked shots.

The game was tied at 47-all entering the fourth quarter. That’s when the Gamecocks turned up their smothering defense, holding UCLA to just three field goals in the final 10 minutes.

Zia Cooke’s tiebreaking bucket with 5:37 left in the game put South Carolina up for good at 54-52. The Gamecocks led by as many as 10 points in the final minutes.

Early on UCLA and Rice upped the pace and took things right into the heart of South Carolina’s smothering defense to build a 10-point lead late in the second quarter.

South Carolina missed 11 straight shots during one stretch, including a sequence where it had four consecutive chances from close in.

The Gamecocks showed some life in the final minutes as Boston had two blocks and a basket to cut things to 31-27 at the break. UCLA missed its last seven shots of the quarter

Big guard at work last night – clutch shots and her first double-double as a Gamecock! pic.twitter.com/6pFuFEoV7z