Olivia Thompson is living the dream. The senior guard was part of South Carolina women’s basketball’s top-ranked recruiting class four years ago after a record-breaking career at Lexington High School. She grew up a Gamecock fan, and although her role with the program has been as a reserve during her career, she wouldn’t trade the experience for anything.

“Being able to represent my town and to have my family support so close, it just means everything to me,” said Thompson, who is studying psychology. “I never thought that I would be in this position, but when I was given the opportunity, there was no hesitation. I jumped all over it. This has been a childhood dream of mine. This is the happiest I’ve ever been.”

Thompson started playing basketball at eight years old. An only child, she participated in a lot of sports at young age but fell in love with the game on the hardwood.

“Basketball just became the sport for me,” Thompson said. “My dad (Todd) loves it. He got me really involved, and I just grew my own love for it.”
By the time she was in middle school, Thompson realized she was pretty good at it and thought it could take her places. She was a starter as a freshman at Lexington High School and would go on to finish her career there as the school’s all-time leading scorer and was named the SCBCA 5A Player of the Year as well as the co-Statewide Player of the Year as a senior. Committing to South Carolina was a no-brainer, and she joined nationally renowned recruits Aliyah Boston, Brea Beal, Zia Cooke, and Laeticia Amihere.

The Gamecocks won the SEC Regular Season and Tournament Championships during her freshman season. The team was ranked No. 1 in the nation when the NCAA Tournament was cancelled due to the COVID pandemic, and even though she was not playing as much as her freshman teammates on game day, she still looks back on that season as one of her fondest moments.

“That was one of the most special years in basketball for me,” Thompson said. “With the team we had, and the leaders we had with (seniors) Ty (Harris) and Kiki (Herbert Harrigan), and my freshman group – we were all just best friends. That was the beginning of a great era and great friendships between all of us. I think that will take us a long way in life. It was special seeing all of that develop.”

The Gamecocks would win the SEC Tournament again her sophomore year and advance to the NCAA Final Four. Last year, South Carolina won the SEC Regular Season Championship again and went on to win the program’s second National Championship. While her classmates’ roles allowed them to garner national and conference honors, Thompson was still biding her time hoping for moments coming off the bench. She never complained and has been praised by the coaching staff, along with other reserves over the years, for their commitment and hard work in practice that helped the team prepare for each challenge on its schedule. 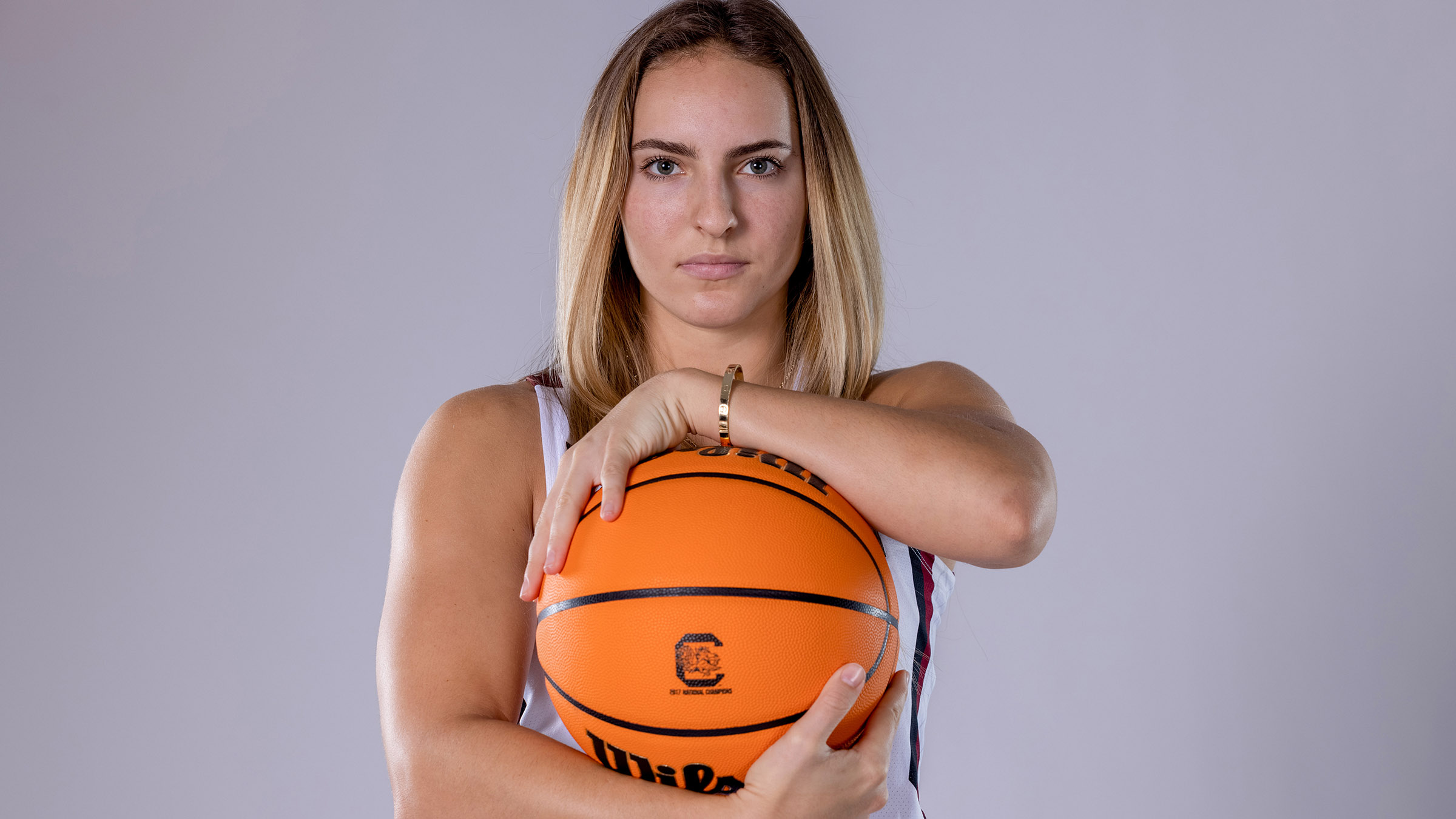 “I never had a moment where I wanted to be anywhere else. This is exactly where I want to be. This is where I see the most growth within myself, and it’s pushing me to be a better person and a better player. ”

“It was an adjustment for me, but I love the challenge,” Thompson said. “I love the part of it that forced me to grow and step into a new role. I have honestly enjoyed every single minute of it. The minutes don’t affect me so much because I love everything else about it. My biggest focus is being a team player and having the impact that I have without having a lot of minutes.”

While it’s common for student-athletes to transfer to other schools at different levels when not seeing as much playing time on game day as they are accustomed, Thompson said the thought of leaving never entered her mind.

“I never had a moment where I wanted to be anywhere else,” Thompson said. “This is exactly where I want to be. This is where I see the most growth within myself, and it’s pushing me to be a better person and a better player. This is everything I need.”

Good things do indeed happen to good people, and Thompson recently enjoyed one of her most meaningful moments on game day when Coach Dawn Staley called on her in the first half of the game at No. 2 Stanford. The Gamecocks had trailed by 12 points early in the game, and it was the bench players that scored all 20 of the team’s points in the second quarter to help South Carolina rally to victory, highlighted by Thompson’s huge three pointer.

“That was super, super special for me,” Thompson beamed. “That wasn’t something that I expected, but Coach always told me to stay ready, and that’s what I try to do. When that shot went in, it was sort of an exhale moment for me. I hadn’t been in a game in a moment that big. There were a lot of nerves there, but when that shot when in, I felt like I could relax a little bit. It made me really happy that I could help the team in that way.”

Thompson certainly feels the love at home games as the crowd at Colonial Life Arena usually erupts whenever she takes the floor for the first time in any contest. The crowd and her teammates show their appreciation anytime she scores.

“Having the support from my teammates and fans, it means so much to me,” Thompson said. “Having Coach Staley believe in me, and my ability is very special. I love having the city and my teammates behind me. It feels like such a family. I just want to make everyone proud and do what I can for the team.

“What I enjoy most is being a part of our team’s legacy. Just being a part of a program like this is amazing. Being a part of this class is special in seeing how everyone has grown and what they’re all going to do in the future.”

Thompson has earned a reputation as an outstanding shooter, and she has recently discovered another passion: cooking. While it may not send her on a different career path, she seems to live by the mantra that if she’s going to do it, she’s going to give it her all.

“I can throw down in the kitchen!” Thompson said. “I’m a really good cook. My mom (Margot) is a really good cook, and I had always been hesitant about doing it myself because I don’t like not being good at things. So, I decided to give it a try this year, and I’m pretty darn good!”