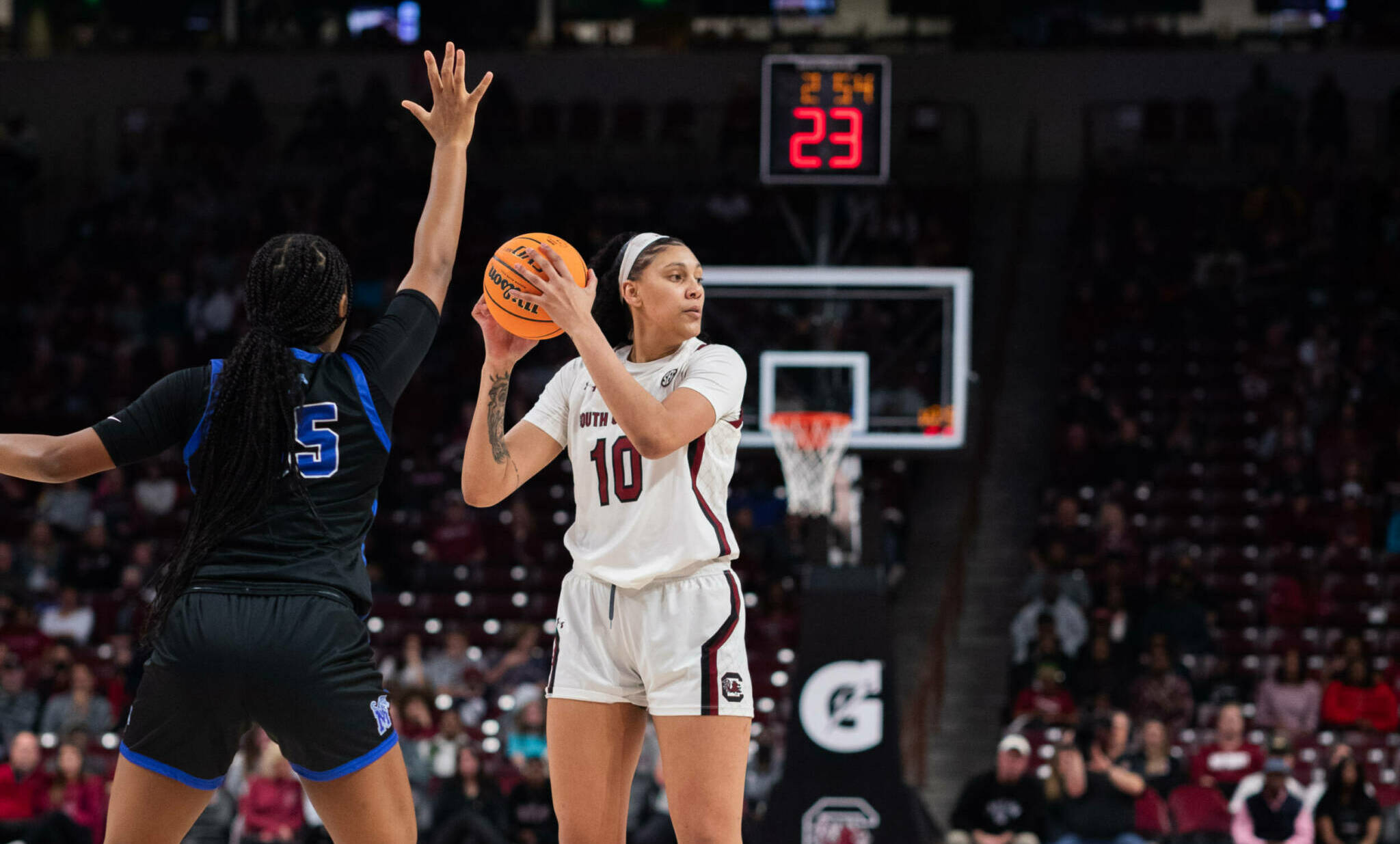 COLUMBIA, S.C. (AP) — Aliyah Boston had her 66th career double-double and Kamilla Cardoso had a second straight game with double-figure points and rebounds as No. 1 South Carolina dominated underneath for a 79-54 victory over Memphis on Saturday.

Boston, the 6-foot-5 reigning AP Player of the Year, had 14 points and 10 boards. The 6-7 Cardoso finished with 18 points and 10 rebounds, making 9 of 12 shots all from a foot or two away from the basket against the overmatched Tigers (4-4).

Aliyah and Kamilla are ROCKIN 🎸 They’ve got 12 of our last 13 points.
Timeout Memphis!!

South Carolina started the season 8-0 for a second straight year and the sixth time in coach Dawn Staley’s 15 seasons.

Staley, who is 5-6, was known as one of the toughest, most determined players of her generation in college, the pros and the Olympics. Yet, she’s built a powerhouse with tall, talented players like Boston and Cardoso.

Laeticia Amihere, a 6-4 senior, had 10 points and three of South Carolina’s eight blocks.

We’ll take that thank you!! | @_theblackqueen_

Things started well for Memphis, which was up 5-0 just 68 seconds in on Madison Griggs’ 3-pointer and Lanetta Williams’ bucket. That’s when the Gamecocks got going, outscoring the Tigers 27-9 the rest of the period to take control of the game.

Cardoso’s first close-in basket tied things at 12 and her next one put South Carolina out front. Cardoso added five more baskets in the opening quarter.

Jamirah Shutes and Destyne Jackson had 10 points each to lead the Tigers.

THAT’S A DUB FAMS‼️#Gamecocks move to 8-0 on the season 🤙 pic.twitter.com/tQZ02icBZB