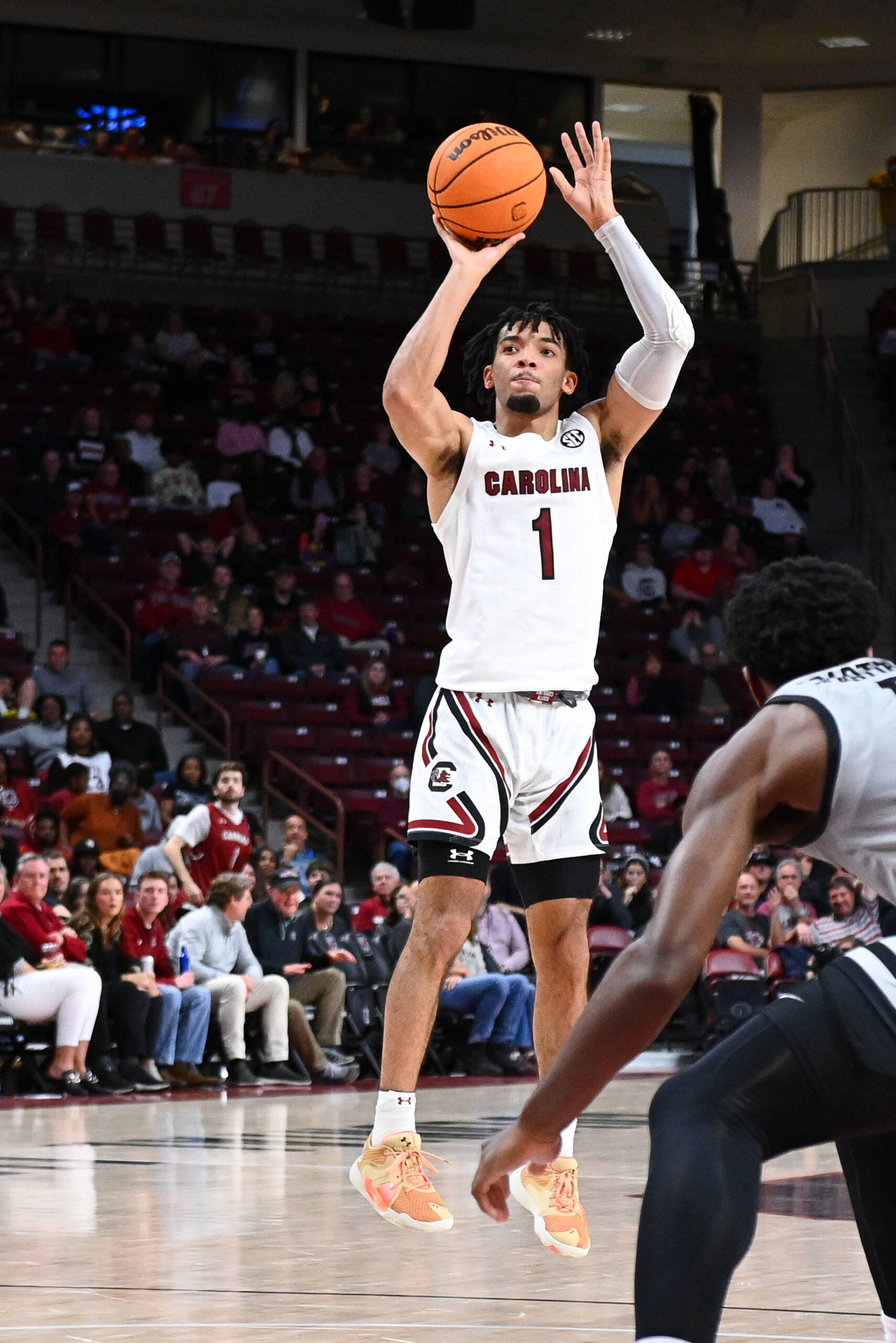 Carolina Hosting Blue Hose for first time since 2012 ; Women face Liberty at 2 p.m. prior in CLA

COLUMBIA, S.C. – South Carolina (4-4) returns home for a Sunday night matchup with Presbyterian (2-8). Tipoff is set for 6 p.m. (ET) with the game televised on SEC Network+.

Dave Weinstein (pxp) and John Williams (analyst) will be on the call for the broadcast.

> Jackson II is currently one of two freshmen in the country averaging at least 17.0 points and 7.0 rebounds per game. Alabama’s Brandon Miller (19.1 points, 8.9 rebounds) is the only other player on the list. Jackson’s 17.0 points per game average is second nationally amongst freshmen behind only Miller (through games played Dec. 4).

> This marks just the fourth time Carolina and Presbyterian have met in the 2000s.

> The Gamecocks have won the three matchups this century by an average of 14.3 points.

> Carolina hits the road for a midweek matchup at defending C-USA Champion UAB (7-1) on Dec. 14. The high scoring Blazers are led by the nation’s leading scoring in Jordan Walker, who averages 25.7 points per game. UAB is fourth nationally in scoring offense at 90.1 points per game.